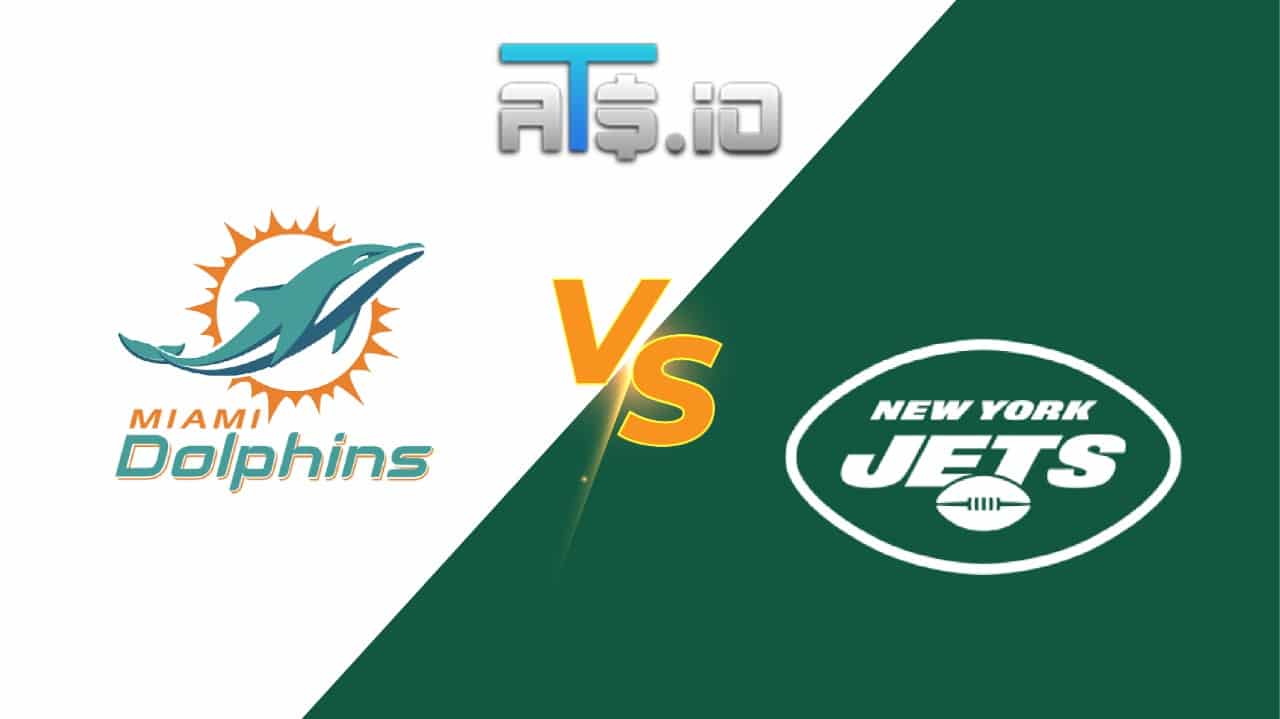 Through four weeks of the 2022 NFL season, the Miami Dolphins sit in first place in the AFC East. But they will be shorthanded at the quarterback position when they take on the New York Jets this Sunday, while the Jets look for their second straight victory with their starting quarterback in the fold once again. In our NFL betting predictions for Week 5, we look at this Dolphins vs Jets clash in AFC East play.

Along with the potential value in the betting markets for this game, there is some extra value to be had for bettors who sign up for several top sportsbooks before betting on Dolphins vs Jets. One such source of value is PointsBet, where new bettors receive five $100 risk-free bets that can be used on games like this one. Bettors are also able to get their first bet on Caesars Sportsbook for up to $1,250. Just use the Claim Offer buttons below to get your hands on these valuable promotions.

✅ The most glaring issue with the Dolphins will be their quarterback situation coming into this contest. Tua Tagovailoa has been ruled out after suffering a head injury on Thursday Night Football in Week 4 against the Bengals. His replacement, Teddy Bridgewater, is a downgrade at the most important position on the field. The Dolphins could pull this game out, but the Jets should be able to cover the number if they do not win outright.

✅ The Jets, meanwhile, should be able to take advantage of a lackluster Miami defense now that they have Zach Wilson back under center. Miami is tied for 28th in the NFL in yards per play allowed this season. While some of that has to do with the tough schedule they have played early in the year, a road game in the division is not likely to fix their defensive woes.

✅ It is worth remembering that this Dolphins team is not as good as their 3-1 record would suggest. They needed a miracle comeback to beat the Ravens in the second week of the season, and were dominated in every facet of the game but the final score against the Bills in Week 3. Barring another crazy outlier performance from the Dolphins, the Jets could very well win this contest outright.

Last week, the Miami Dolphins lost both on the scoreboard and on their roster. Tua Tagovailoa was knocked out of their Thursday Night Football matchup with the Cincinnati Bengals after a clear head injury. While Teddy Bridgewater had some nice moments in his place, the Dolphins could not sustain their offense, as they were beaten in Cincinnati. Here, the Dolphins will look to Bridgewater to get their offense going again when they face the rival Jets.

For Miami, being able to move the ball on the ground would be huge to make life easier for Bridgewater in this Dolphins vs Jets contest. Unfortunately, running the ball has not been a strength of the Dolphins this season. They have the fourth worst rushing attack in the NFL, falling just short of 70 rushing yards per game through the first four weeks of the season.

Last week, the New York Jets stepped up defensively to beat the Pittsburgh Steelers on the road. The Jets caused Mitch Trubisky to struggle in the first half, prompting the Steelers to go to Kenny Pickett at quarterback in the second half. While Pickett was effective in short yardage rushing situations, the Jets turned him over multiple times en route to a road victory.

This week, the Jets defense will again be the focal point of their game, as they look to keep Teddy Bridgewater in check. Miami has plenty of weapons at wide receiver, but so did the Steelers last week. The key here will be for the Jets to keep getting pressure on Bridgewater so as not to let his weapons win their respective matchups down the field.