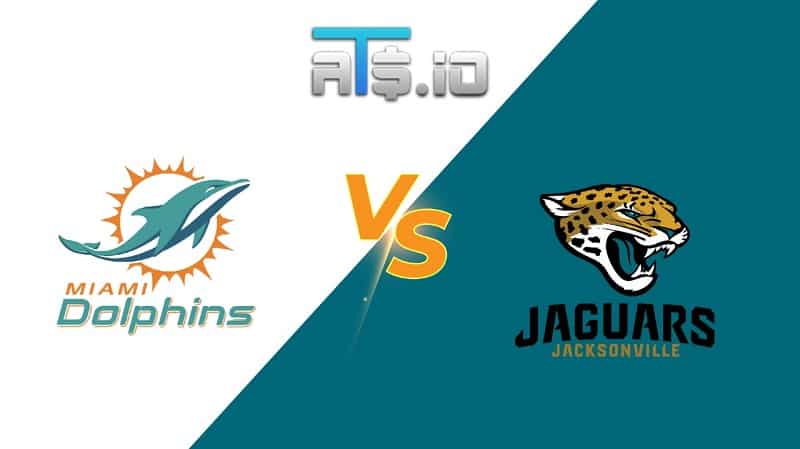 This game is the 2021 season’s second installment of London games. While it is technically a road game for the Dolphins, it will be played at a neutral field, Tottenham Hotspur Stadium.

Both of these teams have been decimated by opponents this season, sitting at a combined 1-9. There is little to no hope for the Jaguars to turn it around, but that is not so for the Dolphins. The Dolphins will get Tua Tagovailoa back, and presumably more competence on offense with his presence. This game will be their first stepping stone as they attempt to get back into the playoff race.

New bettors at BetMGM Sportsbook can bet $10 on either the Dolphins or Jaguars to win this game. If that team scores a touchdown, they receive $200!

As you are planning out your bets for morning fotball, the BetMGM new player offer is available for those who want to bet on Dolphins vs Jaguars. All you have to do is wager $10 on either team to win this matchup. Regardless of the outcome of the game, if that team scores a single touchdown in the game, the bet pays out $200. That’s a 20/1 payout just for a touchdown being scored, and these are two of the worst statistical defenses in the league.

This game will be played at 9:30AM EST on Sunday October 17th, 2021 at Tottenham Hotspur Stadium.

Why Bet The Dolphins

✅ Despite very similar outcomes for each team to start the year, the remainder of the season looks quite different for these two teams. The Jaguars found out how scummy their head coach Urban Meyer actually is, and he has already lost the locker room. He has done so in the first month of games being played. It would make sense that they stand by him if he brought any schematic advantage on either side of the ball, but he does not even come close to doing that. The 0-5 Jaguars have lost four of five games by double digits, and had their most lifeless showing yet last week after the Meyer scandal.

✅ The Dolphins defense has been statistically awful, but the blame for that falls on the offense. The offense was simply subpar with Jacoby Brissett under center. In turn the defense was decimated in time of possession battles, and ultimately worn down by mostly high end opponents. They have a very ugly point differential, but combined losses to the Bills and Bucs by a combined score of 80-17 will do that. Those games can essentially be thrown out as the return of Tua Tagovailoa will be as bog of a boon for the defense as it will be for the offense. Competent and sustained drives will keep the defense off the field, and fresher in a very favorable matchup. The Jaguars are yet to score more than 21 points in any game, but still are yet to allow fewer than 23 points in any game.

✅ While the ineptitude of the coaching and players of the Jaguars is perhaps the biggest factor in this game, the return of Tagovailoa is a close second. He will bring juice back to an offense that has been pretty brutal in his absence. He will be able to utilize wide receivers in a way Brissett could not. The balanced offense of the Dolphins will do precisely what all opposing offenses have done to the Jaguars thus far. That is beat them at all levels and put up enough points that the Jaguars offense cannot hope to keep up with.