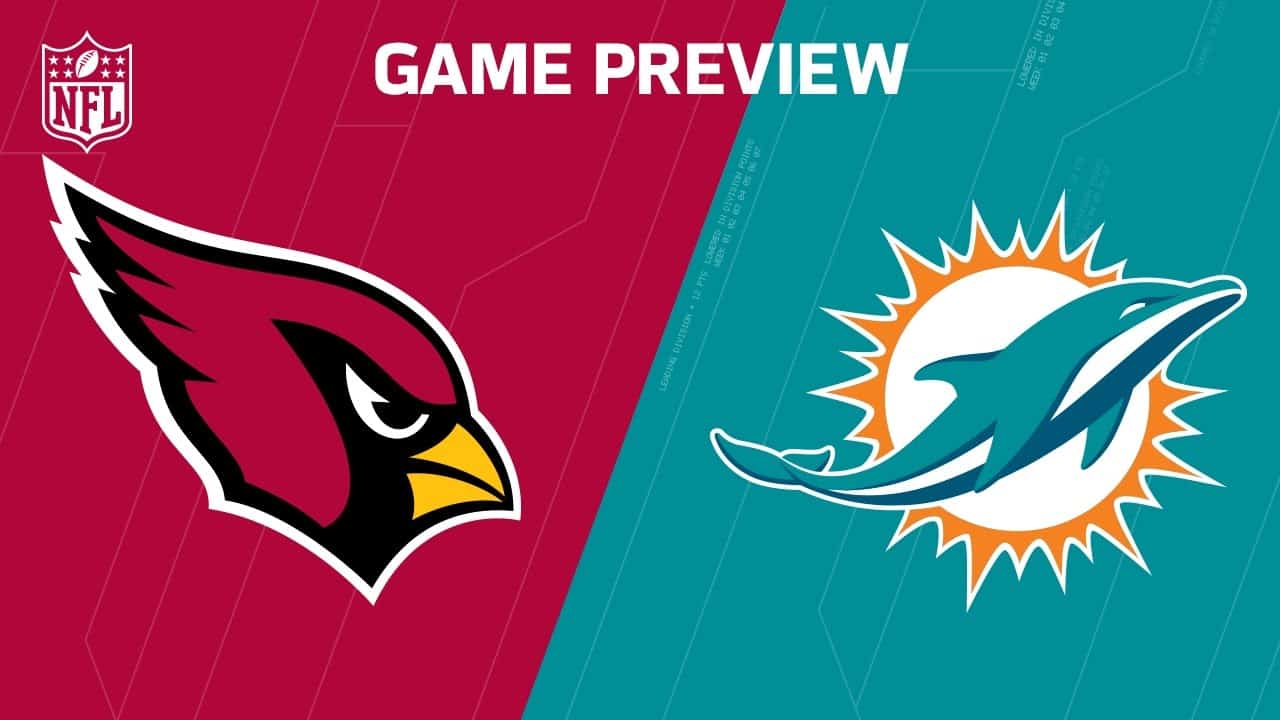 A game that people would not have expected to matter is one of the more interesting on the week nine schedule when the Miami Dolphins (4-3) visit the Arizona Cardinals (5-2) on Sunday, November 8, 2020. Miami is in second place in the AFC East and trail the Buffalo Bills by one and half games. Arizona is in second place in the NFC West and are one game back of the first place Seattle Seahawks. This game will air live on CBS at 4:25 p.m. EST.

Through seven games, the Miami offense is averaging 26.9 points per game and 331.9 yards per game, 233.9 through the air and 98.0 on the ground. Myles Gaskin leads the team with 387 rushing yards and two touchdowns, and DeVante Parker leads all receivers with 30 receptions for 367 yards and three touchdowns. Defensively, the Dolphins are allowing just 18.6 points and 399.0 yards, 273.9 passing and 125.1 rushing.

The Arizona offense is averaging 29.0 points per game and 424.6 yards per game, 263.9 through the air and 160.7 on the ground. Kenyan Drake leads the team with 512 rushing yards and four touchdowns, and Deandre Hopkins leads the team with 57 receptions for 704 yards and three touchdowns. Defensively, the Cardinals are allowing 20.9 points and 399.3 yards, 268.1 passing and 131.1 rushing.

Below is my best bet for Week 9 action between the Miami Dolphins and Arizona Cardinals. All lines are from BetRivers Sportsbook.

The Tua era began with a bang as the Miami Dolphins hosted the Los Angeles Rams and came away with a 28-17 win. Tua Tagovailoa did not have to do much in his debut as the Dolphins had one special teams’ touchdown, one defensive touchdown, and one offensive drive that started on the one-yard line thanks to a defensive turnover. Miami led by as much as 21 in this game and were never in danger of losing this one. Tua went 12/22 for 93 yards and one touchdown in his career NFL start. If the Dolphins can get half of this defensive performance each week, the Dolphins will make the playoffs.

Arizona is coming off a bye week and they will be flying high after a come from behind 37-34 overtime home win against the Seattle Seahawks. The Cardinals trailed 34-24 with less that 2:30 remaining in the game, but the Seattle play calling, and poor defense, allowed Arizona to force overtime. Arizona won the game with a 48-yard field goal with 15 seconds remaining in overtime. Kyler Murray balled out as he went 34/48 for 360 yards, three touchdowns, one interception, and rushed the ball 14 times for 67 yards and another touchdown.

NFL ATS Picks: I’m excited for this game but I do think Arizona rolls. I am taking the Cardinals -4.5 Sunday afternoon.