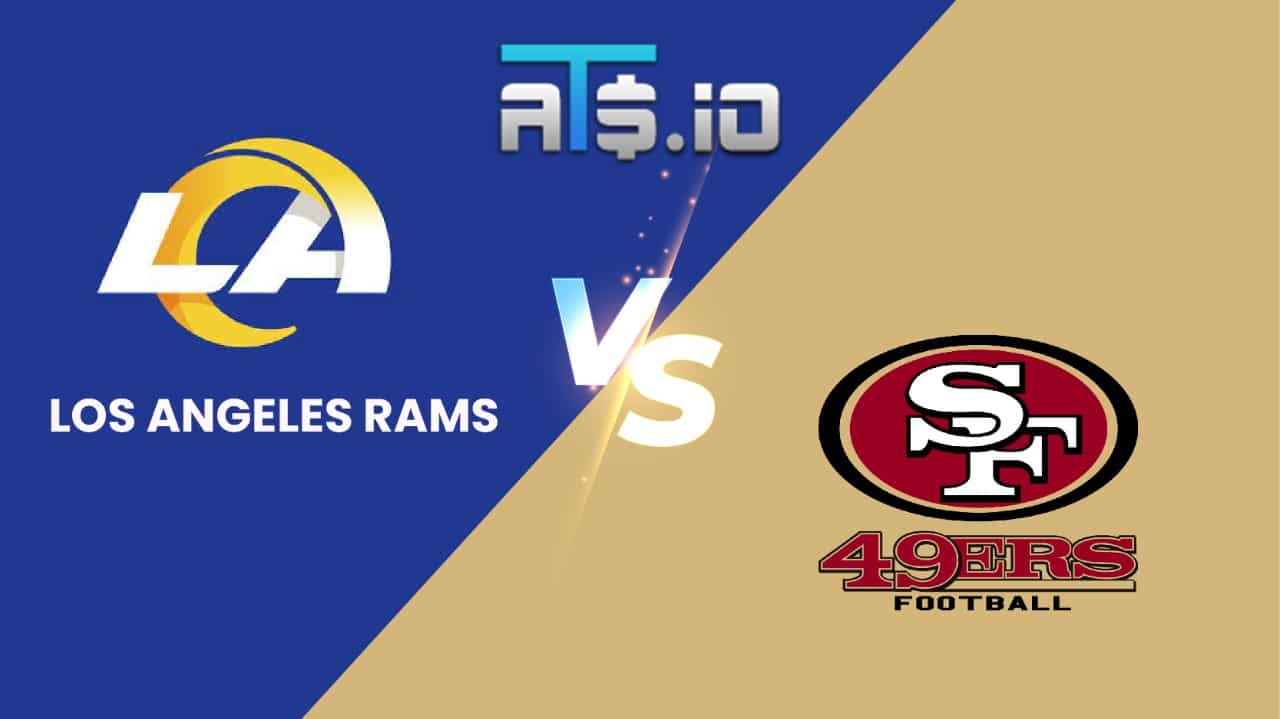 Monday Night Football brings us an important Rams vs 49ers NFC West matchup. The Rams have an opportunity to move into a division leading 8-2 tie with the Cardinals, with a win. The 49ers are trying to keep their season on life support. After a 2-0 start, they are now just 3-5. Falling five games ack of two separate teams in their division would rule them out of divisional contention. Adding a loss would also put them two full games out of the last wild card slot.

Caesar’s sportsbook remains the industry leader in terms of promotions for new users. This latest one is a match bet of up to $1001. Whether your first wager on Rams vs 49ers wins or loses, they will credit you with free bets in the same amount, up to $1001.

✅ Darrell Henderson has done a great job as a dual threat back for the Rams this season. He sees regular work in the running game and as a pass catcher. Henderson averages 18.6 opportunities per game and averages 88.3 yards per game. Moving to a split, Henderson has been more productive in road games than he has in home games. His opportunity average only increases by 0.2 touches. While the opportunity holds steady, his total yardage output takes a bigger leap. He averages 95.3 yards per game on the road.

✅ The 49ers have had more than one instance of running backs decimating them this season. To find the most recent occurrence, we need only go back one week. James Conner had a massive game. He beat them on the ground and through the air. Conner chewed up 173 yards on 26 opportunities. Conner is not the only running back that’s enjoyed success against the 49ers. Jonathan Taylor, Aaron Jones, D’andre Swift and Jamaal Williams have all found similar success. Nearly any team that has committed opportunity to a competent and complete back against the 49ers were rewarded with production.

✅ There are a pair of interesting player props on 49ers quarterback Jimmy Garoppolo. Firstly, the thing that makes these props interesting is the pass rush he will face from the Rams. The interior pressure created by Aaron Donald will be an issue for Garoppolo.

The first prop to look at is Garoppolo to throw over 0.5 interceptions. This formula is easy. Pressure creates mistakes. Garoppolo has thrown five interceptions in six games this season. Adding another is more probable than not.

The next prop to look at is over 3.5 rushing yards. Garoppolo is not a quarterback that gets designed runs called for him often, but we can expect some scrambling. Interior pressure naturally will bring outside scrambles and perhaps called bootlegs as well.

Pick: Henderson Over 90.5 Yards From Scrimmage