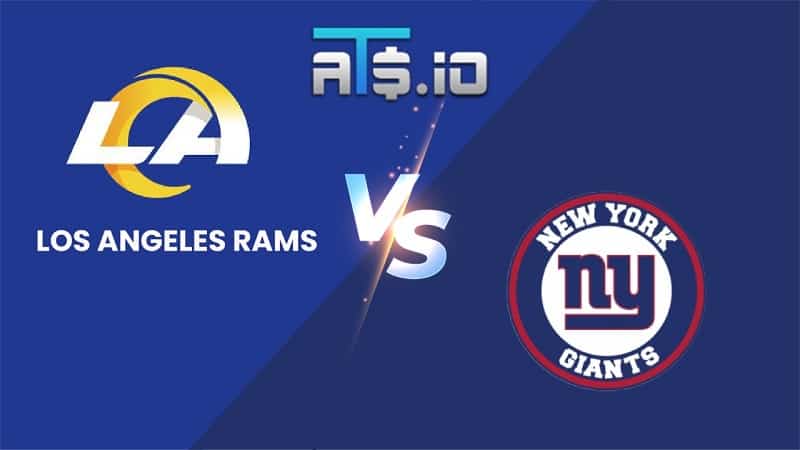 The Los Angeles Rams and New York Giants have had polar opposite starts to their season so far, with the Rams at 4-1 and the Giants at 1-4 on the year. This week, the Giants are dealing with a mountain of injuries, as the Rams will look to take advantage in a difficult spot on the road. In our NFL betting predictions for Week 6, we look at Rams vs Giants and decide whether the Rams are worth a look as a heavy favorite.

Caesars Sportsbook has the biggest risk-free bet in the industry for Rams vs Giants. Bettors can place their first bet with Caesars on this game and get refunded if their first bet loses, up to $5,000. Click Here Now

This game is one of many this week that are eligible for Caesars Sportsbook’s risk-free bet promo. Here, bettors can place their first wager at Caesars on this game and keep any profits they generate with a win. If the bet loses, bettors are reimbursed for the amount they put on the game, with a maximum refund amount of $5,000 for the game.

✅ Giants quarterback Daniel Jones suffered a concussion last week and, even though he hasn’t been ruled out for this week, won’t be at 100% for this game. Saquon Barkley is also doubtful to play in this game after suffering an ankle injury last week against the Dallas Cowboys.

✅ Expect the Rams to take advantage of a Giants defense that has not lived up to expectations at all this season. The Giants are allowing 6.1 yards per play this year, ranking in the bottom 10 of the NFL in that category. Against Matt Stafford and the potent Rams offense, the Giants won’t be able to measure up.

✅ Home field advantage has not been advantageous for the Giants at all this season. New York is 0-2 at home on the year, losing home games to the Denver Broncos and Atlanta Falcons, neither of whom appear to be upper echelon teams in the NFL this season.

The Los Angeles Rams were in a difficult spot last week, as they had to play a road game in their division on a short week. But the Rams picked up the victory on Thursday night, beating the Seattle Seahawks in a low-scoring matchup. The Rams were aided by an injury to Russell Wilson, as they were able to slow down Geno Smith and the Seahawks’ offense down the stretch.

This week, the Rams could face another backup quarterback as Daniel Jones’ status is in doubt for this game due to a concussion he suffered last week. With the Giants’ offensive line being a problem area even with their starting quarterback in action, Aaron Donald and the Rams pass rush would gladly welcome a game against Giants backup Mike Glennon.

Things went from bad to worse last week for the Giants, who were blown out on the road against the rival Dallas Cowboys. Daniel Jones suffered a concussion and had to be replaced by Mike Glennon, while Saquon Barkley and multiple wide receivers are dealing with injuries on the Giants offense. That will put extra pressure on the Giants defense this week, who have struggled against high-level competition this year.

Through five weeks, Daniel Jones is the leading rusher for the Giants with just under 200 rushing yards coming from the team’s quarterback. With Barkley doubtful to go this week, it could be Devontae Booker who sees the bulk of the touches at running back for New York. While it feels like there is nowhere to go but up for the Giants’ running game, a game against Aaron Donald and the Rams’ defensive line could prove that sentiment wrong.