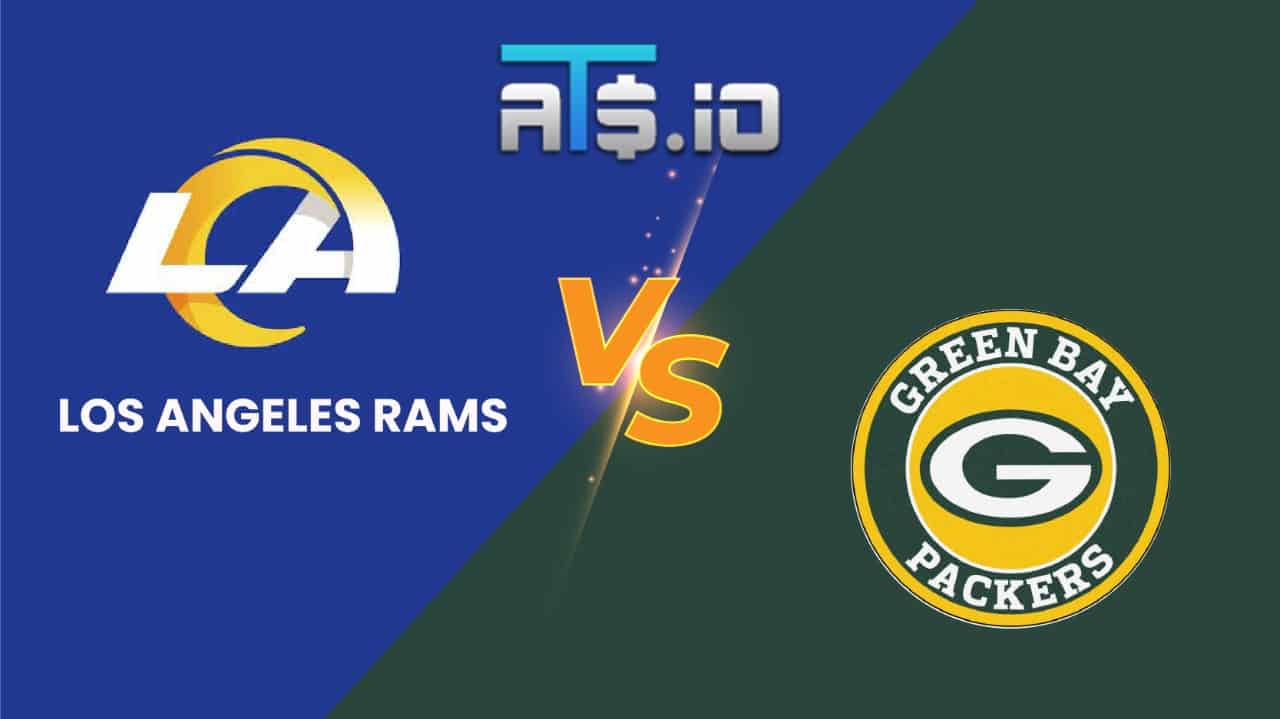 One of the best games of this week’s NFL schedule will take place in Green Bay, when the Packers host the Los Angeles Rams at Lambeau Field. This will be the first meeting between Matthew Stafford and the Packers since he left the Lions, as Stafford will look for better results than he had at Lambeau Field while with Detroit. In this NFL prediction for Week 12 of the season, we look at Rams vs Packers and offer up our best bet for one of the key clashes on the Sunday slate.

New bettors at BetMGM Sportsbook can wager on either team to win this Rams vs Packers game, with a $10 bet paying out $200 as long as they score a TD.

New bettors at BetMGM can utilize the site’s new player bonus for this Rams vs Packers showdown. To do so, all bettors need to do is wager $10 on either the Rams or Packers to get the win in this game. Even if the team you bet on doesn’t win, BetMGM will pay you $200 as long as that team scores a touchdown in the game.

Why Bet The Rams vs Packers Under:

✅ The Los Angeles Rams have hit a rough patch offensively this season. Over their last two games, the Rams scored a combined 26 points, averaging 13 points per game over that time frame. Matt Stafford hasn’t been at 100% health-wise, and the Rams quarterback has struggled against winning teams anyway. Those trends will continue this week in Green Bay.

✅ While the Packers did carve up the Minnesota Vikings last week in a high-scoring game, they hadn’t been lighting up the scoreboard prior to that game. Green Bay had scored just 30 points in their previous two games against the Chiefs and Seahawks, neither of whom have been overly impressive on defense of late.

✅ Even with last week’s over, the Packers are still 8-3 on unders so far this season. Against a Rams team that slowed the Packers down last year in the playoffs, and with Aaron Rodgers dealing with a toe injury, Green Bay will get back to going under the total.

The Los Angeles Rams are coming off of their bye week, after losing by three touchdowns to the San Francisco 49ers the week before. Between that game and the Rams’ loss to the Titans the week before it, the Rams have lost two straight games and are now a game and a half behind the Cardinals for first place in the NFC West. If the Rams want to draw closer with a win in this game, they will need to put pressure on Aaron Rodgers throughout.

Rodgers has been clearly better this season when he has time to throw than he has been when he has been pressured, as is customary for most quarterbacks. But Rodgers is so much more precise than the average quarterback that pressure is even more important than usual. With the Rams’ offense struggling in recent weeks, the pressure on the Rams’ defense will be ramped up for this matchup.

Green Bay suffered its second loss in three games last week, when they dropped a 34-31 contest against the Minnesota Vikings. The pass defense for the Packers was atrocious in that game, as they allowed several deep connections from Kirk Cousins that ended up costing them the game when all was said and done.

This week, the Packers need to be much better at defending the vertical passing game of their opponent. The Rams have one of the top passing offenses in the league, as they can beat teams at all three levels with their aerial attack. If Green Bay can’t at least make the throws difficult for Stafford, the Packers could see their chances of getting the NFC’s top seed take a serious hit here.