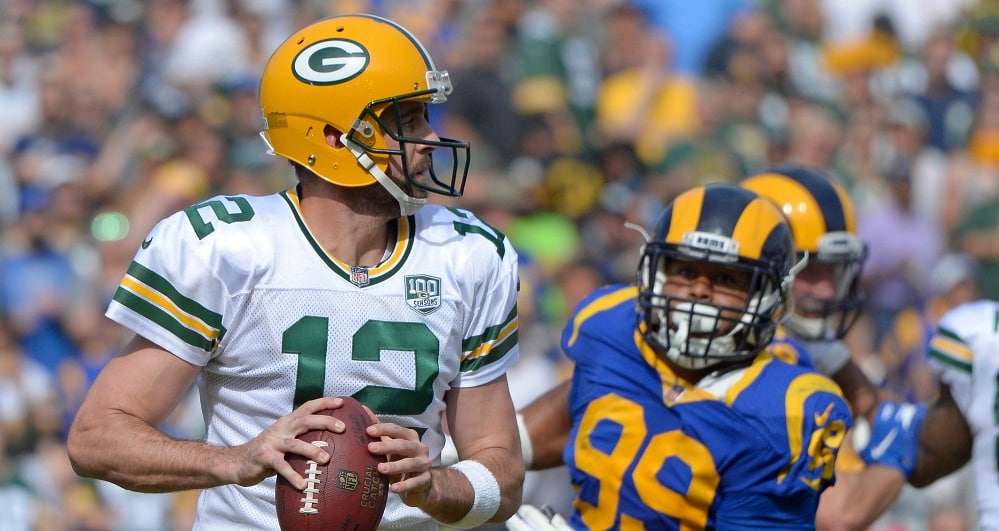 An interesting NFC Divisional round game is scheduled for Saturday, January 16, 2021, when the Los Angeles Rams (10-6) visit the Green Bay Packers (13-3). Green Bay is the top seed in the NFC and had a first round bye last week. Los Angeles is the sixth seed and beat #3 Seattle in the Wild Card round. This game will air live on FOX at 4:35 p.m. EST.

Los Angeles has been in the Divisional round two of the past three seasons and will look to advance to their second Conference Championship in three seasons as well.

Green Bay is in the second round of the playoffs for the fifth time in seven seasons and will look to get to their fourth NFC Championship game in that timeframe.

These two teams last met in the playoffs in the 2001 Divisional round when the then St. Louis Rams beat the Packers 45-17. St. Louis went on to the Super Bowl that season where they lost to the beginning of the New England Patriots dynasty.

Below is my best bet for the Divisional round action between the Los Angeles Rams and Green Bay Packers. All lines are from FanDuel Sportsbook.

Last time out, the Los Angeles Rams visited the Seattle Seahawks in the Wild Card round and came away with an impressive 30-20 win. The Rams lost starting QB John Wolford early in the game, but Jared Goff came in with four fingers and guided the ship to victory. Los Angeles never trailed in this game and if they had a capable QB they could have won this game by 30. Rookie running back Cam Akers went off as he carried the ball 28 times for 131 yards, one touchdown, and hauled in two receptions for 45 yards. Defensively, the Rams allowed 278 total yards and forced two Seahawks turnovers, one interception and one lost fumble.

Green Bay had a bye last week and did not play, but they ended their regular season with an impressive 35-16 road win at the Chicago Bears. This game was close for a while, but it never felt like Chicago was going to win the game and once Green Bay scored 14 points in under one minute to put the game away. Aaron Rodgers went 19/24 for 240 yards, four touchdowns, and zero interceptions. Defensively, the Packers allowed 356 total yards and two interceptions, one interception and one lost fumble.

Game Prediction: I like Green Bay -7 to cover and get to the NFC Championship game.