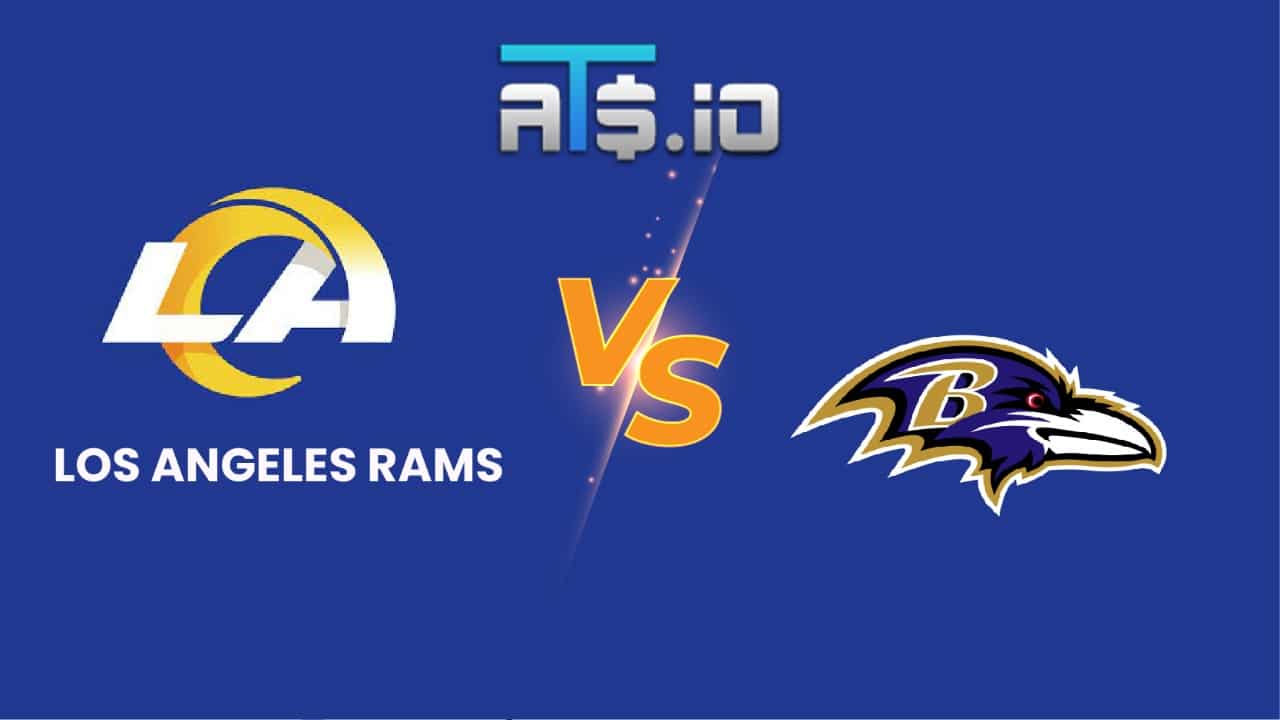 Entering Sunday’s game between the Los Angeles Rams and Baltimore Ravens, both teams are right in their respective division races. With the Rams sitting on top of the NFC West and the Ravens a game back in the AFC North, this contest will have massive implications on how each team’s season ends. Here, we look at Rams vs Ravens as a part of our NFL betting picks for Week 17.

New bettors at Caesars Sportsbook can get a matched bet bonus of up to $1,001 when they bet on this Rams vs Ravens matchup.

Before this game, new players at Caesars Sportsbook can take advantage of the site’s welcome bonus. Caesars is offering a matched bet bonus of $1,001 on each player’s first wager, meaning that they will receive free bets worth the amount they put down on their first bet up to $1,001. That amount is awarded whether the first bet wins or loses, meaning bettors could get their bonus plus a profit from their bet.

✅ The Baltimore Ravens are a disaster at the quarterback position right now, and will be starting either an injured Lamar Jackson, Tyler Huntley fresh off of COVID or Josh Johnson. None of those options are positives for the Ravens, who are in danger of losing their fifth straight game on Sunday against the Rams.

✅ Los Angeles is number one in the NFL in yards per play on offense this season, while the Ravens are dead last in yards per play allowed on defense. That is a recipe for disaster for the Ravens, who have given up 72 points in their last two games against the Packers and Bengals.

✅ The Los Angeles Rams are 6-2 on the road this season, and are 4-4 against the spread as a road team this season. They should be able to cover this number against a Ravens team that is in a complete tailspin at this late stage of the 2021 season.

Coming into Week 17, the Los Angeles Rams have won four straight games and have jettisoned to the top of the NFC West standings. They beat the Minnesota Vikings in their most recent outing, snagging an important road win to take advantage of the Arizona Cardinals’ loss on Saturday against the Colts. Now, the Rams hold a one-game lead in the division with two games to play.

Los Angeles will need to play solid defense this week against whoever the quarterback is for the Ravens. There are three possible options for the Ravens at quarterback this week, which could lead to some difficulty preparing for the Ravens’ offense. But with Aaron Donald and Jalen Ramsey leading the Rams’ defense, they should be ready for just about anyone.

Baltimore dropped its fourth straight game last week, getting demolished in a three-score game by the Cincinnati Bengals in Week 16. Josh Johnson was the starting quarterback for Baltimore, who wasn’t able to replicate the success he had with the Jets in spot duty earlier in the season. Now the Ravens are in danger of moving out of the playoffs should they continue to lose games late in the year.

The Ravens are in a tough spot right now, as they have to either start a compromised Lamar Jackson or rely on a backup quarterback. Either way, the Ravens’ playoff chances are looking worse and worse as the second half of the season wears on, and it will take a huge road win here to change that.