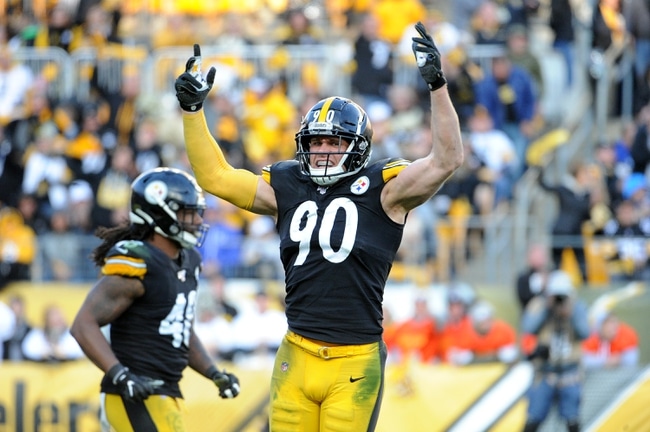 An AFC vs NFC battle is on tap Sunday afternoon as the Los Angeles Rams travel to the Steel City to take on the resurgent Pittsburgh Steelers. Both teams are in the thick of playoff races and neither can afford a loss Sunday.

The Los Angeles Rams are currently in 3rd place of the NFC West and are three games back of the 8-0 San Francisco 49ers. In the NFC the Rams are just half a game back of the final Wild Card currently occupied by the Minnesota Vikings. Pittsburgh sits in 2nd place of the AFC North and are 2.5 games behind division leaders Baltimore. The Steelers are just one game behind Indianapolis for the final Wild Card spot.

Below is my pick for the Los Angeles Rams and the Pittsburgh Steelers. All lines are from FanDuel Sportsbook

The Los Angeles Rams have righted the ship a bit, after an early season slump, with two straight wins over, albeit, two terrible teams. Los Angeles started the season with three wins over Carolina, New Orleans and Cleveland, but followed that up with three losses against Tampa Bay, Seattle and San Francisco. The losses to San Fran and Seattle really hurt as they are both ahead of them in the NFC West. After the three game losing streak, the Rams beat the Falcons and Bengals by a combined 41 points. LA is 6-2 against the spread and the under has hit in five of their eight games.

The Pittsburgh Steelers have saved their season thanks to three straight wins and are now right in the thick of the AFC playoff picture. Pittsburgh had a nightmare start to the season by losing three straight, but the Steelers finally got a win over the Bengals and have played well since. The Steelers lost by just three to the Ravens and followed that up with wins at the Chargers and home wins over Miami and Indianapolis. Pittsburgh is 4-3-1 against the spread and the under has hit in five of their eight games.

Series History: The Los Angeles Rams lead the all-time series 15-9-2, but are currently on a three game losing streak in this series.

Game Prediction: I do not think the Steelers can keep up with the Rams, so I am backing Los Angeles -3.5 Sunday afternoon.