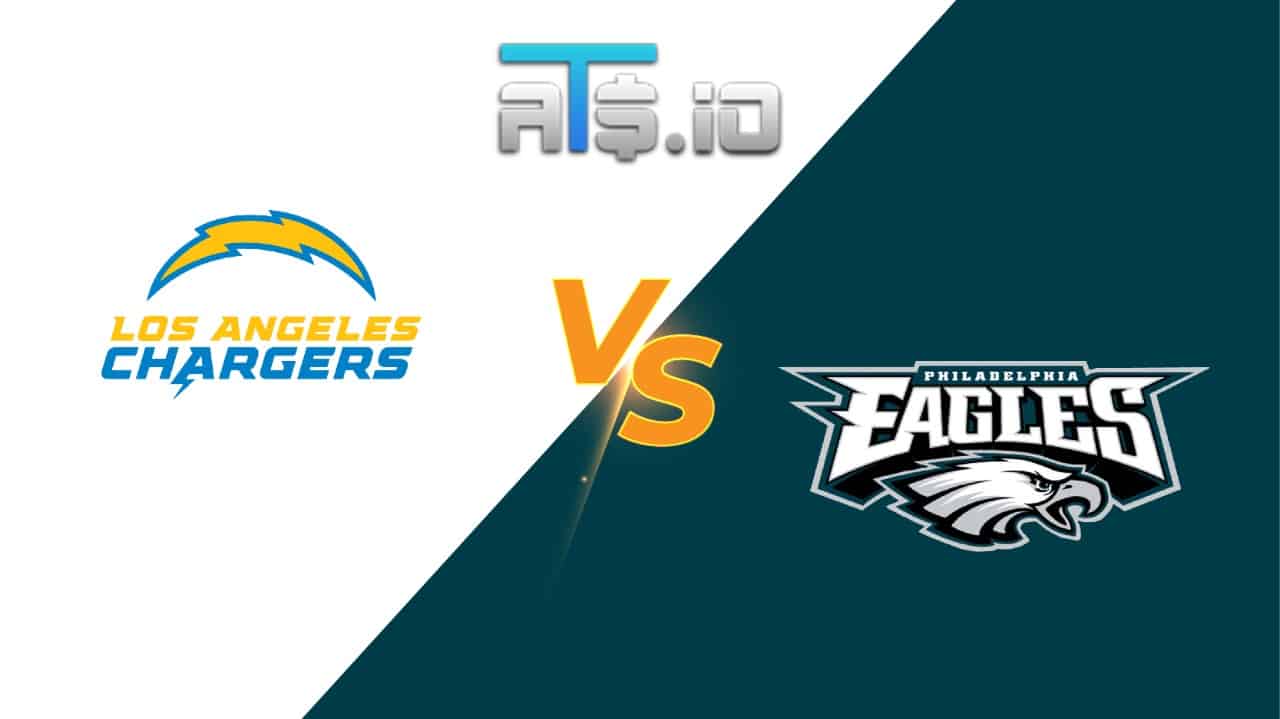 This interconference matchup is between teams on two different levels. Recent weeks however have seen the superior notch losses while the lesser team got what appeared to be a dominant win. The Chargers lost two straight while the Eagles got a win against a Lions team that simply laid down. These recent outcomes seem to ignore the body of work and place extra weight on the recent games when deciphering why the line sits where it sits.

New bettors at BetMGM Sportsbook can wager on either team to win Chargers vs Eagles, with a $10 bet paying out $200, provided their team scores a touchdown.

New Bettors can use BetMGM to wager on Chargers vs Eagles and get a new player offer that pays out 20/1 for any touchdown scored. Simply sign up, place a $10 bet on either team to win this game. If that team scores a touchdown in this game, a $200 payout will be awarded on the $10 bet, even if that team doesn’t win the game.

This game will be played at 4:05PM EST on Sunday November 7th, 2021 at Lincoln Financial Field.

Why Bet The Chargers

✅ The Chargers simply remain the superior team. They have fallen to 4-3 after their two game skid, but are in a supreme bounce back spot. This should be a signature day for Austin Ekeler. The Eagles are absolutely atrocious at stopping running backs. That holds particularly true for backs with a strong pass catching skill set. Ekeler fits that bill perfectly and is a nightmare for the Philadelphia defense. Only two teams have seen running backs targeted against them at a higher clip than the Eagles. Additionally, only two teams have allowed a high percentage of receiving yards to go to backs. This holds true despite the Lions inability to get Swift going last week.

✅ The Eagles offense may come up blank when looking for answers this week. Solving the Charger defense may prove difficult given the rushing limitations the Eagles still have. Do not put too much stock in the rushing output last week. The Lions simply laid down. While the Chargers are not the greatest at stopping backs, the effort will be there. Where the Eagles will truly struggle is if they find themselves playing from behind. The Eagles wide receivers will be bottled by the Chargers. Dallas Goedert will have to be a one man show carrying the passing offense.

✅ This is a spot to simply not overthink a very friendly betting line. There is a reason the Eagles lost five of six leading into last week, and it is that they are simply not a high end team. They are also a team without a home win this season. Take the Chargers to set each team back on their proper path.