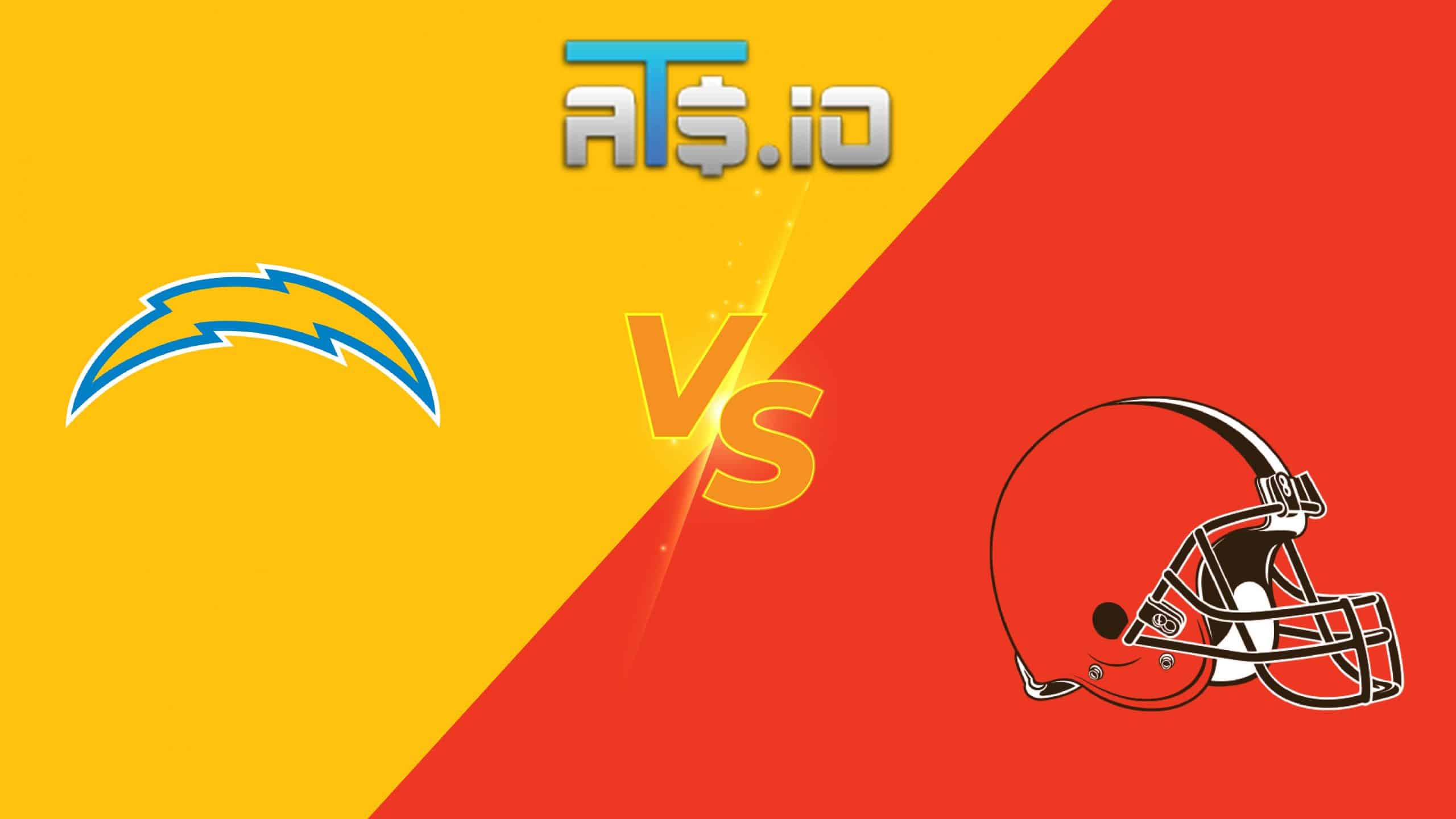 Last season, the Los Angeles Chargers and Cleveland Browns played in one of the most exciting games of the NFL season. This year, they meet again in Cleveland, with both teams entering at 2-2 on the year. In our NFL picks for Week 5, we look at Chargers vs Browns, as both teams try to get back above the .500 mark on the year.

Before Chargers vs Browns kicks off, new bettors at PointsBet and Caesars Sportsbook can take advantage of their welcome bonuses before betting on this matchup. Bettors can get five $100 risk-free bets at PointsBet, along with their first bet on Caesars for up to $1,250. Given the up and down nature of these teams early in the season, the peace of mind that these offer provide can really improve the betting experience on this particular matchup.

Why Bet The Browns:

✅ The Chargers have two wins this season: one over the Raiders and one over the Texans. They have beaten two teams with a combined one win on the season. That is thoroughly unimpressive, and the Browns are certainly talented enough to beat the Chargers to continue this concerning trend for Los Angeles.

✅ Los Angeles has struggled mightily on the ground this season, ranking last in the NFL in rushing yards per game. The lack of a truly physical running back will continue to hurt them in this contest. Here, they are going to continue to struggle moving the ball on the ground against a Browns team that ranks in the top-10 in yards per game allowed on the season.

Last week, the Los Angeles Chargers moved to .500 on the season, beating the hapless Houston Texans by double figures. The game got close in the fourth quarter for a bit, but the Chargers were able to add a late insurance score after controlling the game for its majority. This week, the Chargers will face a tougher test against the Browns, as the offense of Cleveland has a clear identity and ability to move the ball on their opponents.

The Cleveland Browns are 2-2 on the season despite losing a heartbreaker last week against the Atlanta Falcons. Cleveland struggled to slow down the Falcons and their multi-faceted offense on the road, which cost them dearly as they blew their chance to get to 3-1 on the season. This week, the Browns return home, where they will look to get back on track defensively against the Chargers.

Fortunately for the Browns, the Chargers are a much more one-dimensional offensive team than the Falcons. That will allow Cleveland to key in on the Chargers passing attack led by Justin Herbert. This game could come down to how well the Browns play against the pass.