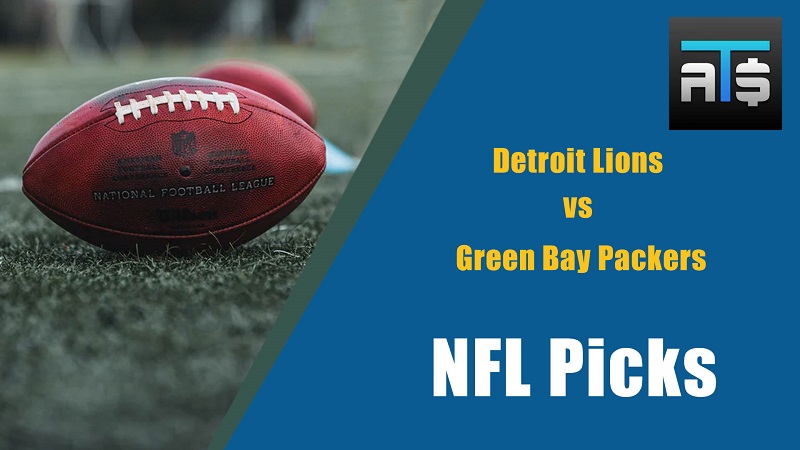 Lions vs Packers is a classic NFC North matchup, as both teams have plenty of experience against one another. And with both teams losing their season opener, there is some significance to this game beyond the normal rivalry. In our NFL predictions for Week 2, we look at the Lions and Packers and give you our best bet for this Monday Night Football matchup.

Why bet the Packers:

✅ The Packers looked awful last week against a potential Super Bowl contender in the New Orleans Saints. But they have way more upside than the Lions do, after Detroit looked lifeless for all but the final few minutes of their game against the San Francisco 49ers.

✅ Detroit allowed Deebo Samuel to rack up 189 receiving yards against them in Week 1. Davante Adams will be an even tougher cover for their defensive secondary, which is without Jeff Okudah now. The Packers should be able to get the ball to Adams often for easy points.

✅ Detroit allowed 100 yards to Elijah Mitchell in the first game of their season. AJ Dillon was terrible for the Packers against the Saints, but the Lions do not have the same Super Bowl caliber defense as the team the Packers lost to last week. Expect more from the Packers offense everywhere on the field.

Last week was one of the worst weeks the Packers have had during the Aaron Rodgers era. They lost 38-3 to the New Orleans Saints, in a game that was held in Jacksonville due to Hurricane Ida. In that game, the Packers failed to break 250 yards of total offense as the Saints defense was able to slow them down from the start of the game through to the final whistle.

This week, though, there are a few things working in Green Bay’s favor that should help them get back into the win column on Monday night. First, they are playing the Detroit Lions, who were abysmal in their own right for most of Week 1. Then there is the fact that they return home after a strange travel assignment for their opener. And you also have a team that is fired up after a loss they know shouldn’t have been as bad as it was.

The Detroit Lions fell behind 38-10 in their Week 1 matchup with the San Francisco 49ers, looking leaps and bounds worse than the Niners for the bulk of that game. But the Lions did spring to life late in the second half, outscoring their opponent 23-3 over the final 20 minutes of game action to make it a respectable 41-33 loss. Now the question is which Lions team will show up against the Packers.

This will be the first game that the Lions play against the Packers in the post-Matt Stafford era. Green Bay has experience against Jared Goff, having played him in last year’s divisional round in Green Bay when Goff was a member of the Rams. But the Lions are hoping that the lack of familiarity with Goff in this offense will be enough to keep the Packers from having their usual success against him.