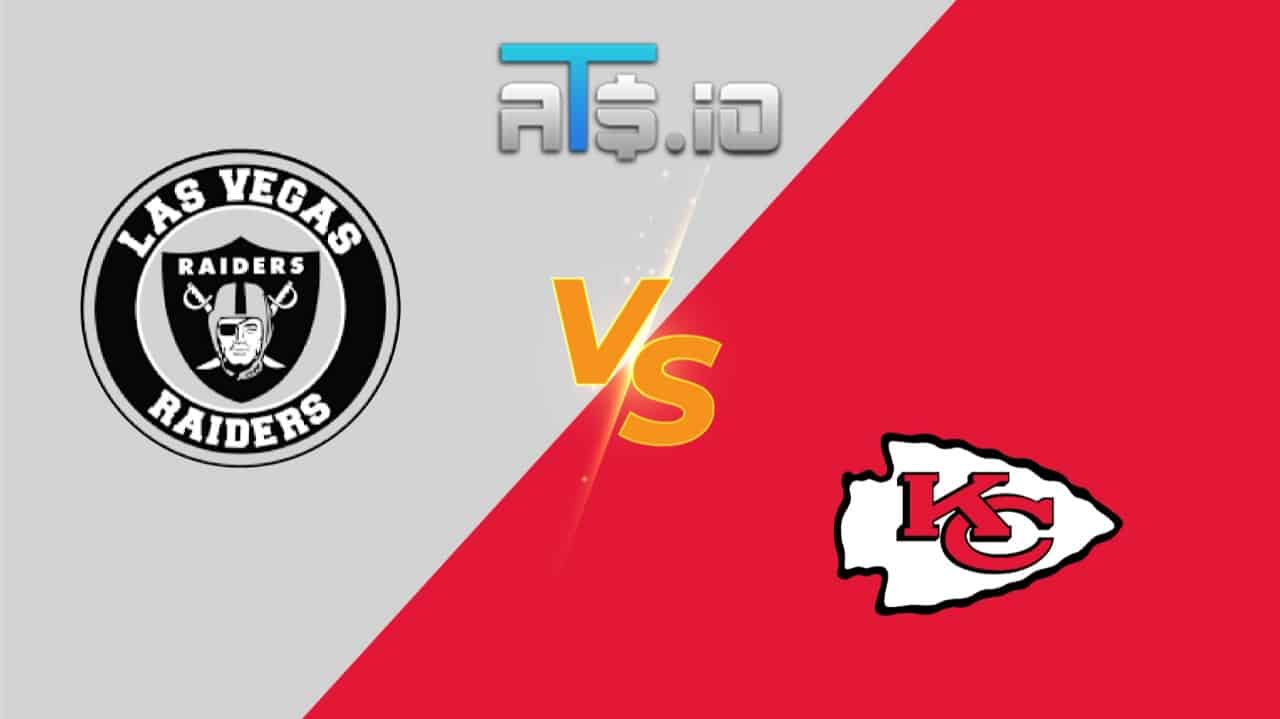 The Las Vegas Raiders and Kansas City Chiefs enter this week separated by two games in the AFC West standings. A win by the Chiefs could really separate them from the competition in their division, while the Raiders could make things interesting again with a win. In our NFL picks for Week 14, we look at Raiders vs Chiefs and examine whether the Chiefs can keep rolling against a division foe.

New bettors at BetMGM Sportsbook can wager on either team to win this Raiders vs Chiefs game, with a $10 bet paying out $200 as long as they score a TD.

Before this AFC West matchup, new players at BetMGM can put down $10 on either team to win and get a 20/1 payout on the game. If the team a bettor backs scores a touchdown, BetMGM will pay out $200 on that $10 bet, even if the team being wagered on fails to win the game when the final whistle blows. Both teams should score in this game, making Raiders vs Chiefs a prime candidate to use this offer on.

✅ The Raiders are averaging more yards per play than the Chiefs this season and are much better defensively. Despite the differences in reputation between these teams, the Raiders are a good bet to cover a big number here, as they should be able to stay within striking distance of a struggling Chiefs offense.

✅ Kansas City put up 41 points in their last game against the Raiders. But that was their only game scoring more than 20 points on offense in their last six outings. Last week against the Broncos, the Chiefs needed a pick six to break the 20 point mark, as their offense has really tailed off over the last month and a half.

✅ Las Vegas beat the Chiefs at Arrowhead last season as a sizable underdog, using their running game to score a surprising victory there. This time around, the Raiders may not win outright, but they should be able to do enough to keep this game within a single digit margin even if the Chiefs manage to win in the end.

The Las Vegas Raiders suffered their fourth loss in five games last week, losing in disappointing fashion against the Washington Football Team. Las Vegas got off to a slow start offensively, but still managed to take the lead in the final minutes of the game. The Raiders failed to get the stop they needed down the stretch, though, with Washington taking the ball down the field for a game-winning field goal.

Against Kansas City, the Raiders cannot afford another slow start on offense. While the Chiefs have not been clicking on all cylinders offensively, they do have the potential to score in large quantities, as the Raiders saw themselves a few weeks ago. The Raiders will need to at least put some scoreboard pressure on the Chiefs if they want a chance at an upset win in Week 14.

The Kansas City Chiefs won their fifth straight game last week, beating the Denver Broncos in a 22-9 game. Kansas City shut down Teddy Bridgewater and the Broncos offense, getting a defensive touchdown to help cover up for their offensive shortcomings. But if the Chiefs want to get a sixth straight win, they are going to need more from Patrick Mahomes and their offense.

Over the last month and a half, the Chiefs have scored over 20 points just twice in six games. Last week was one of those games, with the Chiefs offense needing a pick six to help them barely get over the 20 point mark. If the Chiefs struggle to put up points again this week, they could see their grip on the division lead loosened by the Raiders.