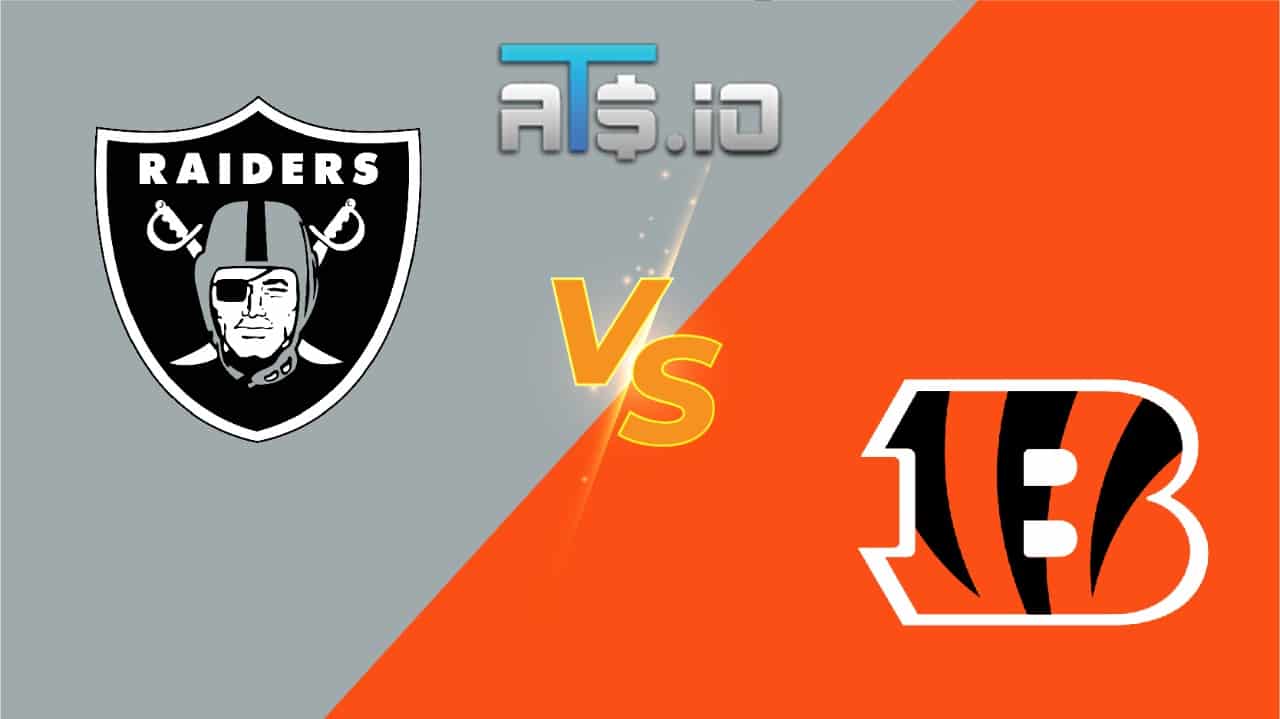 The first game on the schedule during NFL Wild Card weekend features the Las Vegas Raiders and Cincinnati Bengals on Saturday. This will be the second meeting between these two teams this season, as the Bengals will look for a second victory over the Raiders on the year. In this week’s NFL picks, we look at the Raiders vs Bengals Wild Card clash.

At DraftKings Sportsbook, new players can take advantage of the site’s new player promo on this Raiders vs Bengals contest. Bettors who put $5 on either team to win this game on the moneyline will win $280 in free bets if their bet is a winner on Wild Card weekend. At 56/1 odds, this promo represents a huge value over the typical odds for this contest.

✅ Cincinnati should be able to take advantage of a Raiders team that has struggled offensively with the exception of their win over the Chargers in Week 18. The Chargers have a bottom-five scoring defense in the NFL this year, giving up 27 points per game, and the Raiders’ offense will regress from what we saw in the Sunday Night Football season finale.

✅ The Bengals demolished the Raiders 32-13 earlier this season in Las Vegas. At home, the Bengals should have just as easy a time against a Raiders team that just had to play five quarters in a rivalry game to secure their spot in the playoffs while the Bengals were able to rest Joe Burrow and Joe Mixon to prepare.

The Las Vegas Raiders secured the last spot in the NFL playoffs, beating the Los Angeles Chargers in overtime to secure the fifth seed in the AFC. They led for the majority of the game, but blew a 15-point lead to let it go to overtime. After both teams exchanged field goals with their first possession of overtime, the Raiders drove the ball down the field with their running game to set up the game-winning field goal to put them in the playoffs.

In this game, the offense of the Raiders will be tested as they need to keep up with the explosive Bengals. Las Vegas had gone five games without scoring 25 points before their Week 18 triumph over the Chargers. They will likely need at least that much to beat the Bengals in Cincinnati with the way they have been scoring.

The Cincinnati Bengals rested their starters in Week 18 of the season, losing to the Cleveland Browns with their backup quarterback. Brandon Allen had a rough start to the game, and a decent finish wasn’t enough to get them over the hump. This week, we should see an entirely different Bengals team as Joe Burrow and Joe Mixon should be back on the field for the AFC North champions.

Cincinnati’s offense isn’t the problem heading into this game, but their defense is going to need to play well to avoid an upset at home. Las Vegas showed signs of life on offense in Week 18, and it will be up to Cincinnati to end those signs of life. If they can’t a shootout could go either way in this matchup.