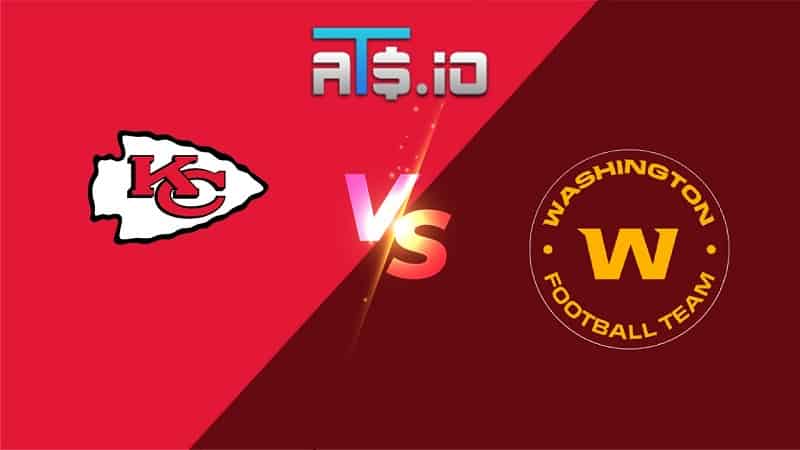 This interconference matchup should bring us some very fun fireworks. We know how elite the Chiefs offense is, the problem for them is their defense has been as inept as their offense has been effective. The Football Team is not dissimilar, as their pass rush and pass coverage has been subpar at best. This matchup should feature both offenses utterly having their way with the opposing defenses.

New bettors at Caesar’s Sportsbook can take advantage of the best offer in the industry. A risk free bet, up to $5000.

The promotion from Caesar’s is exactly how it sounds and is very simple. New users get a risk free bet of up to $5000. If and when the bet wins, it is paid out as normal. If it loses, your account is credited with free bets in the amount of the initial bet. This promo is only good for the first bet, so be sure to be aggressive.

This game will be played at 1PM EST on Sunday October 17th. 2021 at FedEx Field.

Why Bet The Over

✅ The Chiefs defense. This unit is abysmal, and has been scorched every single week. Their best performance this season was in Week 1 when they allowed 29 points to the Browns. They have allowed 30+ points in all four games since then. They are the worst in the league in points allowed, averaging 32.6 per game. They are also bottom five in both passing yardage and rushing yardage allowed. There is no strong suit to fall back on, and the mission for the Chiefs will continue to simply be to outscore their opponents.

✅ The Chiefs offense. This unit is one of few in the league that could remain competitive with a defense in its current state. They are competitive and it is a testament to just how good the offense as a whole is. The offense averages just under 31 points per game and it is why we are not looking at a winless team. The current trend will absolutely continue and we can expect a track meet where the offense is continuously trying to keep a score ahead. This matchup may bring that to fruition more than any to date.

✅ The Football Team is not dissimilar to the Chiefs. The Football Team does not possess the dominant offense the Chiefs do, but they are quite adequate, averaging just under 25 points per game. Their balanced attack will find sustained success throughout the game. The real kicker for the over is just how bad the pass defense has been from Washington. As a result, they are the second worst scoring defense in the league, at 31 points per game allowed, just behind the Chiefs. The WFT is bottom third in the league in both receptions and receiving yardage allowed, and has allowed the second most passing touchdowns. Patrick Mahomes is simply going to have a day on Sunday.