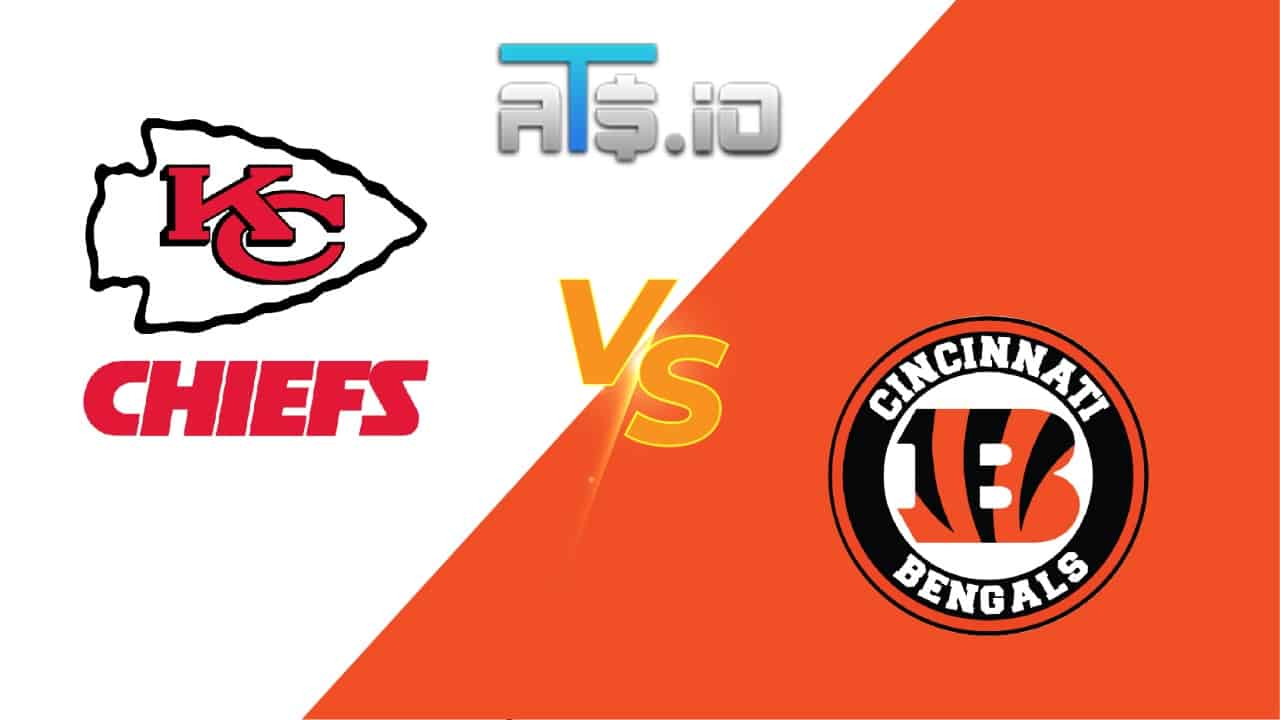 The Kansas City Chiefs and Cincinnati Bengals are both in first place in their respective divisions with just a couple of weeks left in the regular season. Here, they play a game that could have massive seeding implications on the AFC playoff race. Our NFL betting predictions for Week 17 will look at this Chiefs vs Bengals matchup in the AFC that could reshape the entire postseason.

New bettors at BetMGM Sportsbook can wager on either team to win this Chiefs vs Bengals showdown, with a $10 bet paying out $200 as long as they score a TD.

BetMGM is offering new bettors the chance to take advantage of a 20/1 offer for this Chiefs vs Bengals matchup. Bettors who wager $10 on either team to win this game will receive $200 in free bets if the team they bet on scores a touchdown in the game. That team doesn’t need to win the game in order for this bet to pay out, making it an attractive offer in a game that is expected to be high-scoring.

✅ Both of these teams are very evenly matched statistically so far this season, with them being relatively even in yards per play for and against, as well as points for and against. The Chiefs have been playing very well of late, prompting the big point spread we see here. But the Bengals have proven that they can compete in a matchup like this one.

✅ Cincinnati should have a superior sense of urgency coming into this game. They are barely holding onto first place in the AFC North standings, while the Chiefs have clinched their division and are very close to clinching the top seed in the AFC. Expect the Bengals to play like their lives depend on this game, because their playoff lives certainly do.

✅ The Bengals have been competitive with other elite quarterbacks already this season. They went to overtime against Aaron Rodgers and the Packers at home earlier this year, and they should be able to compete here with Patrick Mahomes and the Chiefs. Cincinnati is the sharp side here, whether they cover or not.

The Kansas City Chiefs won their eighth straight game last week, crushing the Pittsburgh Steelers to hold the top spot in the AFC standings at the end of Week 16. Their win over the Steelers was decided in the first quarter, where the Chiefs dominated on both sides of the ball to build an insurmountable lead. Here, the Chiefs will look for a similarly straightforward matchup, but they will face a much more potent opposing offense.

Kansas City’s pass defense will be put to the test in this game, against a Bengals offense that has proven it can push the ball down the field effectively. Ja’Marr Chase and Tee Higgins have blossomed into high-level options in the passing game, while Joe Mixon provides explosive variety with the running game. The Chiefs will need to stop all three, along with several others, if Kansas City wants a ninth straight victory.

The Cincinnati Bengals won their second straight game last week, beating the Baltimore Ravens 41-21 to end the week in first place in the AFC North. The Bengals were fortunate to face a third-string quarterback in Josh Johnson last week. But with Joe Burrow throwing for over 500 yards in the game, it wouldn’t have mattered who the Ravens trotted out at quarterback in that contest.

This week, the Bengals will need a similarly explosive offensive performance if they are going to keep up with Patrick Mahomes and the Chiefs. The Chiefs appear to have hit their stride offensively over the last few weeks. If the Bengals want to maintain their spot at the top of their division, they will need to match Mahomes blow for blow.