Kansas City Chiefs Have Best Odds To Win Super Bowl After Big Win Sunday– But Will They? 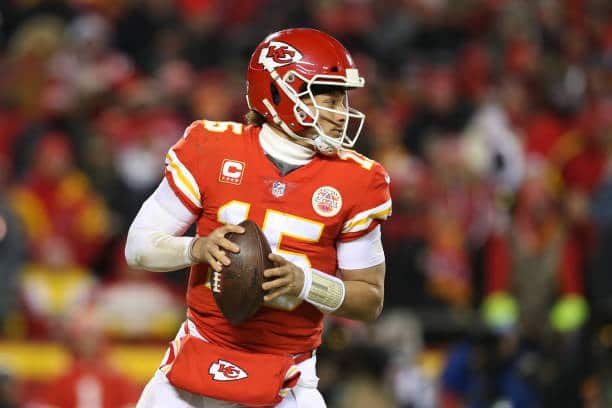 Kansas City Chiefs Have Best Odds To Win Super Bowl After Big Win Sunday– But Will They?

For about a quarter, it looked like the insane was going to happen Sunday—the Houston Texans were going to eliminate the Kansas City Chiefs. We were going to have an all AFC South AFC Conference Championship game.

Seeing the Ravens get knocked out by the Titans was crazy enough, but the Chiefs, too?

But then whatever insanity in the universe allowed the Texans to take a 24-0 lead calmed down. It took a few minutes, but Patrick Mahomes got the Chiefs in front by halftime. Kansas City went on to win by 20 points, 51-31.

With how dominant they were in the win (for three quarters), oddsmakers saw fit to make the Chiefs the favorites to win the Super Bowl of the four remaining teams.

DraftKings has the odds as:

Kansas City had been taking a backseat to the Ravens due to their conference affiliation. They have been behind the 49ers as well because the Ravens were expected to knock the Chiefs out. But then the Tennessee Titans did them a huge favor the night before they demolished the Texans.

With the Ravens out of the way, the Chiefs and their offense are now the team to beat. But that doesn’t necessarily mean they are the team to bet on.

Prior to Sunday’s win, the 49ers were the team to beat. But after dismantling the Texans the way they did, it is not shocking the Chiefs moved ahead. However, while the Chiefs offense looked extremely impressive, bettors need to remember who they were going against– a dreadful Houston Texans defense.

Josh Allen threw for 260+ yards against them, and he didn’t even average 200 yards a game during the regular season.

Now, the Titans are not a great defense, but they are certainly much better than the Texans. But the more significant issue for the Chiefs is going to be stopping Derek Henry with their 26th ranked run defense.

It is not going to be easy—which also means the Chiefs are far from a lock to win it all. So, if not the Chiefs, who should you bet on?

The 49ers would be the safe route. They have a stifling defense, a solid running game, and the potential for a passing game. But it is hard to say with any certainty that they could overcome a deficit by throwing the ball.

Green Bay is not a bad choice, but they are going to have a hard time beating the 49ers. Their defense will need to stop the run and force Jimmy Garoppolo to beat them through the air. But more importantly, the offensive line must give Aaron Rodgers time.

It is difficult to be confident in their ability to do so.

The safe money is on either the Chiefs or 49ers. But if you have an adventurous spirit, or just love underdogs, consider the Titans. It is unlikely—but it is possible.