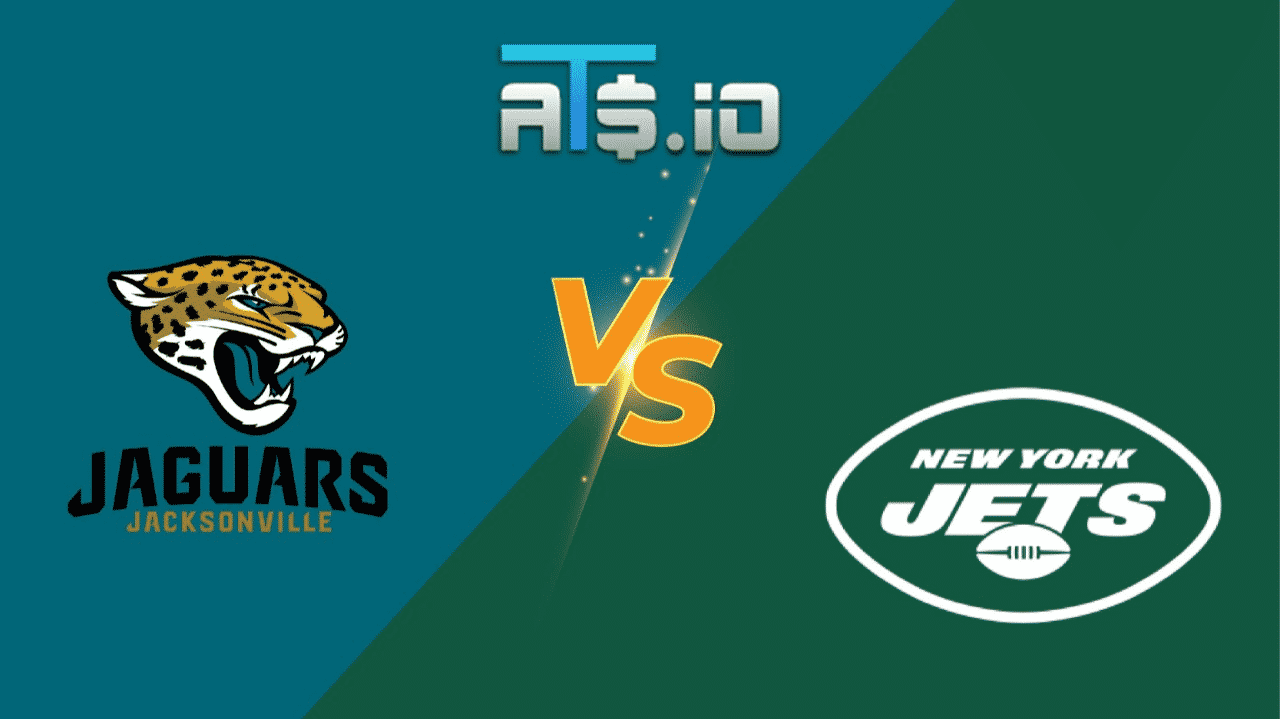 The New York Jets and Jacksonville Jaguars are far from the best teams in the NFL. But their game on Sunday in Week 16 of the NFL season still has some serious significance, as it will have a huge impact on the order of the 2022 NFL Draft. In our NFL betting picks for this week, we look at Jaguars vs Jets from a betting perspective and analyze a game where motivations could go in any number of directions.

DraftKings is offering 100/1 odds on a point to be scored this game. Bet $1 on either team to win Jaguars vs Jets and win $100 if either team scores. Click Here Now

New bettors at DraftKings Sportsbook can take advantage of the site’s new player promo for a 100/1 payout on a $1 bet. With this offer, bettors can put a dollar on either team to win this important Week 16 game. If a single point is scored in Jaguars vs Jets, DraftKings will award $100 in free bets to be used elsewhere on the site, regardless of which team wins or which team does the initial scoring.

✅ The Jacksonville Jaguars looked a team that had clearly thrown in the towel last week against the Houston Texans. They gave up a special teams touchdown, they gave up a near-50 yard touchdown on a wide receiver screen to end the game with about two minutes to go. They just look like they are hurtling toward the number one pick in next year’s draft.

✅ Jacksonville is 0-6 on the road this season, and are likely to make it 0-7 this week. While the Jets are far from a powerhouse on either side of the ball, they are a team that has shown glimpses of potential, like they did by hanging with the Dolphins last week. Jacksonville has shown no such glimpses as they careen toward the finish line without a real head coach.

✅ Through Week 15 of the NFL season, the Jacksonville Jaguars are the only team in the NFL that has failed to score 200 total points on the year. They are simply hopeless, and there is no reason to believe that they are going to step up for a road game when they are currently in the pole position for the top draft pick.

Jacksonville suffered an embarrassing loss at home to the Houston Texans last week. The Jaguars were helpless against a Texans team that came into last week with the same 2-11 record as the Jaguars. It was a game that showcased just how poor the Jaguars have been and how rotten the organizational culture is as a whole, when you have teams like the Texans and Lions still fighting for wins while in a similar position as Jacksonville.

Here, the Jaguars will look for their first road win of the season, after dropping their first six road games of the year. Only two of their six road losses on the season have been decided by single digits, with the rest coming by double figures, including a 16-point loss to the Houston Texans to open the season. Against a Jets team in a similarly bad spot right now, the Jaguars will have to find a gear they haven’t shown all season to avoid another humiliating defeat.

The New York Jets lost last week to the Miami Dolphins, but they were tied in that game in the fourth quarter against a team that has now won six games in a row. While the wins haven’t been there for the Jets on a consistent basis this season, they are at least playing with some semblance of pride. That isn’t something that can be said about the Jacksonville Jaguars right now.

Pride aside, the Jets will need a decent performance out of Zach Wilson in this game. Against a terrible Jaguars defense that let the Texans move the ball regularly last week, Wilson is going to have to show some sort of potential to prove that he has a long-term future in this league. He doesn’t need to go out there and light it up, but a solid performance from the rookie quarterback would be huge for the Jets to see this week.