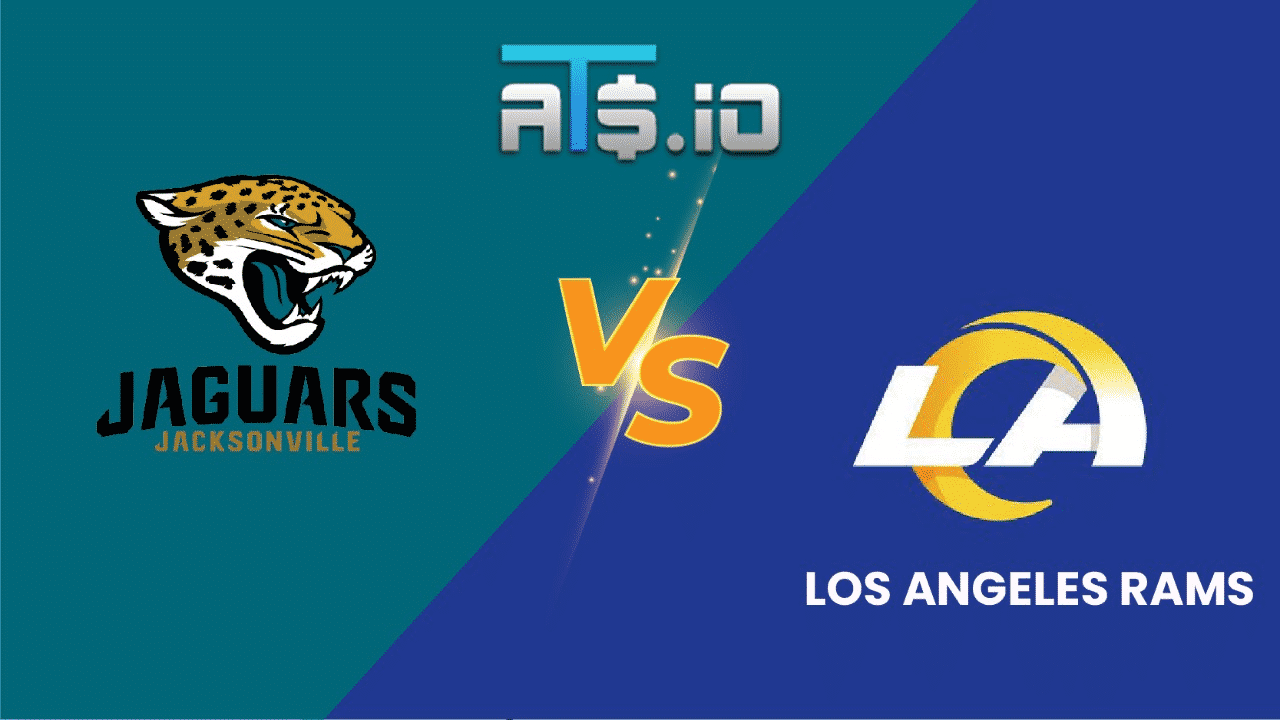 While the Jacksonville Jaguars and Los Angeles Rams are in very different places in the standings this NFL season, they have something in common heading into this matchup. Both teams in this Jaguars vs Rams clash enter the game on three-game losing streaks, and will look to get back into the win column in this game. In this week’s NFL betting picks, we look at the Jaguars and Rams and let you know where our best bet is for this inter-conference clash.

DraftKings is offering 100/1 odds on a point to be scored this game. Bet $1 on either team to win Jaguars vs Rams and win $100 if either team scores. Click Here Now

DraftKings Sportsbook is offering a new player promo for Sunday’s Jaguars vs Rams matchup. In this promo, bettors are able to wager one dollar on either the Jaguars or the Rams to win this game. As long as one point is scored in the game, $100 in free bets will be paid out to bettors on both sides, regardless of the outcome of the game.

Why Bet The Jaguars vs Rams Under:

✅ The Rams have really been stumbling offensively over the last few weeks. They have averaged 18 points per game over the last three games, with a banged up Matt Stafford not helping matters on that side of the ball. Combine that with the Jaguars’ offensive issues, and the under is a great play here.

✅ Nine of the Jaguars’ 11 games so far this season have gone under the total. They have gone five straight games without scoring 20 points, as Trevor Lawrence and the rest of the Jacksonville offense hasn’t been anywhere near good enough to threaten even some of the most suspect defenses in the league all year.

✅ Jacksonville has the second lowest offensive point total to this point in the season. Only the Houston Texans have scored fewer points this year, and that was a direct result of the Texans having to play Davis Mills in the place of the injured Tyrod Taylor for a large chunk of this season. Jacksonville’s anemic offense is tailor-made for unders.

The Jacksonville Jaguars lost their third straight game last week, dropping to 2-9 on the season after a 21-14 loss to the Atlanta Falcons. The offense for the Jaguars was once again inadequate in that game, as the Jaguars fell behind early and couldn’t score enough to get back into the game. This week, the Jaguars aren’t expected to change their fortunes on offense, against a Rams team that is more than capable of racking up defensive stops.

This season, the high point total for the Jaguars in a game is 23 points. Since reaching that total in their win at home over the Miami Dolphins, the Jaguars have gone five straight games without scoring in the 20s. If that continues here, the Jaguars are very likely to drop to 2-10 for the year.

The Rams started this season with a 7-1 record, but have completely fallen apart over the last few weeks. Los Angeles has dropped three straight games, losing to the Titans, 49ers and Packers in their last three contests to fall to 7-4. This week, the Rams have a golden opportunity to get back to their winning ways against a Jaguars team that is not at all on their level on either side of the ball.

This week, the Rams will hope that Matthew Stafford’s health doesn’t get in their way once again. Stafford has had a hard time getting the Rams’ offense going lately, with the exception of garbage time last week against the Packers. If the Rams want to avoid an upset at the hands of the Jaguars, Stafford will have to at least play decent football in this home game.