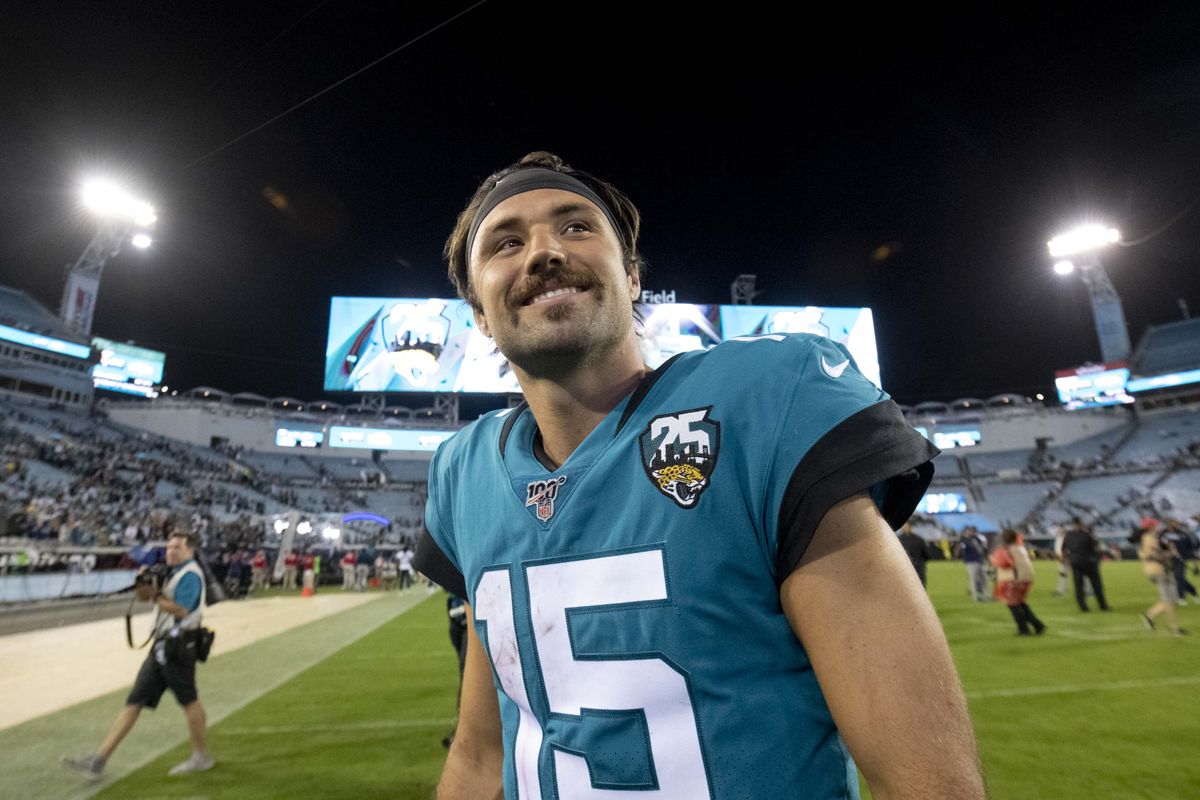 Most of America had probably never heard of Gardner Minshew when he entered the game for Jacksonville Jaguars quarterback Nick Foles in Week One. Sure, fans of the Pac-12 and his alma mater, Washington State knew his name. But as far as the rest of the country was concerned, he was a late-round draft pick with an impressive mustache.

Three weeks later, and he is one of the most talked-about rookies of the 2019 class—and with good reason.

When he entered the game against the Kansas City Chiefs, many Jaguars fans probably thought ‘here we go again. Another season without a capable quarterback. Oh well, at least we’ll get a high draft pick net year.’  But then he did something unexpected.

Minshew nearly went perfect in that game, 22-25 for 275 yards, two touchdowns, and one interception. Then he followed it up with another solid performance (23-33 for 213 yards and one touchdown) that nearly resulted in an incredible comeback in Week Two.

He followed up that game with another solid effort (20-30 for 204 yards and two touchdowns) and became the only rookie quarterback in Jaguars history to pass for 600+ yards inside of three weeks.

While the Jaguars may only be 1-2, he has fans excited and feeling like they could still make something of this season. But should you believe in him enough to bet on him?

PointsBet.com is offering a couple of prop bets on how what Minshew’s stats may look like at the end of the season:

At his present rate (1.67 touchdowns/game), Minshew will have 25 total touchdown passes when the season is done.  But it is not hard to see him throwing two touchdowns a game (or more) as he did against the Chiefs and Titans (when he should have had three).

Concerning his passing yards, he is currently on pace to throw for 3690 yards this season. So, just going by averages, he is going to fall short in both categories. However, chances are he could have more two-touchdown games than one-touchdown games; he’s already got two.

With that in mind, it is not hard to see him cover the over in touchdown passes. But for him to cover the over on passing yards, he is going to need the offense to be opened up—and head coach Doug Marrone will probably not go for that.

So—go over for TD’s and under for yards? Nope. You’ll want to take the under for both.

To cover the over for either, Minshew is going to need to play the whole season. But with Nick Foles expected to return before the season is over, chances are good he will not get enough playing time. He could end up just getting around 8-10 weeks.

Of course, if Foles were not to return, that would be a different story. But he should be, so take the under on both.

Pittsburgh Steelers Odds: Reassessing When The Steelers Will Get Their First Win