ATS » NFL » Is It Crazy To Bet Anything On The Cincinnati Bengals? 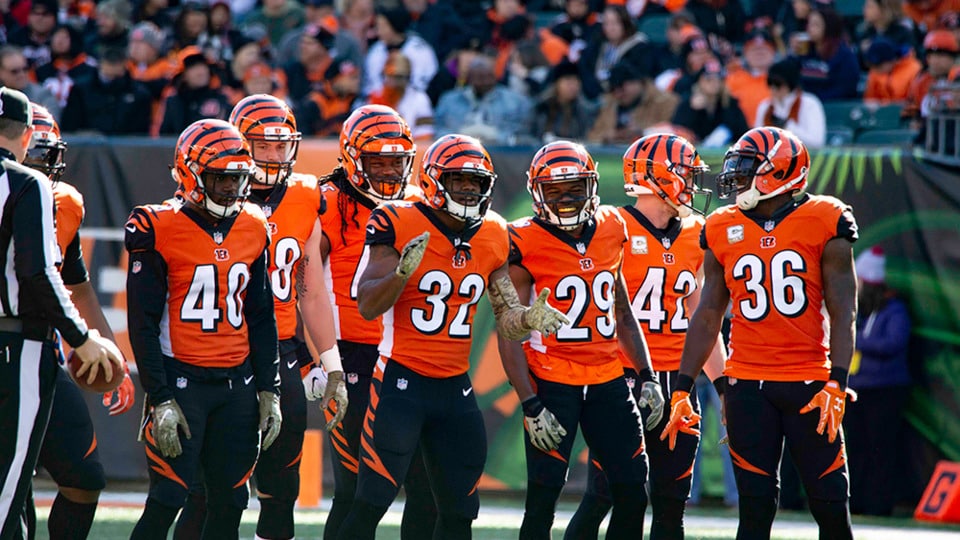 Sportsbook BetMGM recently shared some exciting news on Twitter. Over the weekend, someone decided to put $5000 down on the Cincinnati Bengals to be the No. 1 seed in the AFC this season. Crazy, right? It sounds like a total waste of money, doesn’t it?

The easy answer would be an adamant ‘yes,’ of course. But is it really that crazy to bet on the Bengals? It depends on the context. If Joe Burrow can look like the guy he was in college, they might win a few games. Having guys like A.J. Green, Tyler Boyd, and Tee Higgins to work with certainly helps.

But having one of the worst offensive lines in the NFL (according to PFF) does.

Betting on them to be the No. 1 seed in the AFC (+25000) over Baltimore and Kansas City is not advisable, but there are many ways a fan could bet on the Bengals (odds via BetMGM):

There are more options in which fans can bet on the Bengals at BetMGM.com. As for the listed wagers, it all depends on just how good you think the Bengals could be and your perception of the rest of the division.

Baltimore will likely come down a little off their high horse from last season, but they will probably be an excellent team. Without Ben Roethlisberger, the Steelers were not good, but they were competitive. With him this season, they should be a lot better. Expectations are low once again for the Browns, but they could be a decent team.

As for the Bengals, they should be a lot better than they were last season. How much will depend mainly on how well Joe Burrow adjusts to the NFL. If recent rookie quarterbacks are any indication, fans can expect to see a good but not great season out of him.

So—how should you bet when it comes to the Bengals?

It is not hard to understand why someone would put $5000 on the Bengals to be the No. 1 seed in the AFC. The odds make for a fantastic payout. Who wouldn’t want the chance to win $1+ million? Of course, that person may have had better luck winning money buying $5000 in lottery tickets, but where’s the fun in that?

As for the other wagers listed, don’t even consider betting on the Bengals to win the Super Bowl, the AFC, or even the AFC North. There are too many good teams that will derail those dreams along the way. Picking them to place second in the division would be ambitious, but it would not be crazy to put something down on them to finish third.

They will probably finish last in the division, but the payout for that bet is not worth the risk.

With the Chargers and Jaguars at home, betting on them to lose all home games would not be advisable.  Since they do travel to Washington this season, they will likely win at least one road game (unless Alex Smith starts, then this would definitely be an advisable bet).

If they are unlikely to win their division, they will probably not win all six division games. However, if you are going to throw $5000 on a bet you will not win, the odds make this one (not to be the No. 1 seed in the AFC) would be the one.

While Cleveland could falter much like they did last season, with all three other teams in the division expected to be better, go ahead and take them to lose all six division games.