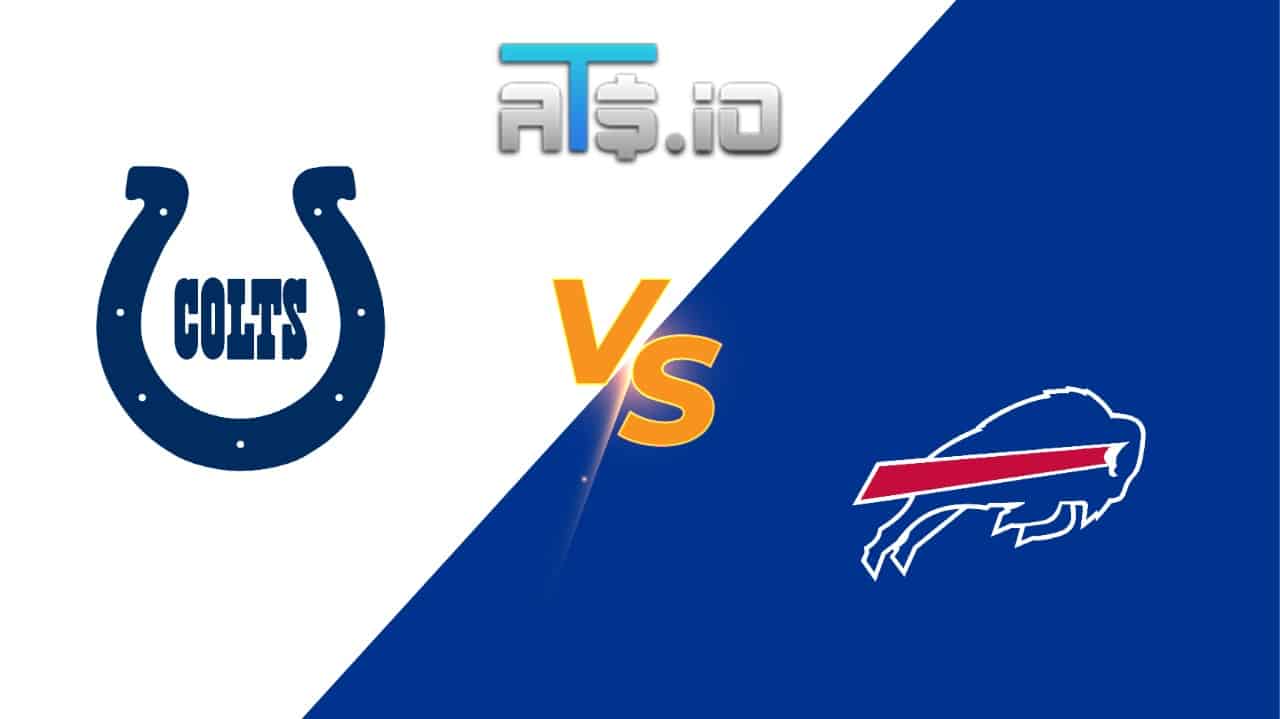 Last season, the Buffalo Bills and Indianapolis Colts played in the Wild Card round of the NFL playoffs, with the Bills winning that matchup. In this contest, the Bills and Colts meet again in Week 11 of the NFL season as both teams look to improve their postseason prospects. In our NFL picks for this week, we look at Colts vs Bills and determine whether or not history is going to repeat itself on Sunday.

DraftKings is offering 100/1 odds on a point to be scored this game. Bet $1 on either team to win Colts vs Bills and win $100 if either team scores. Click Here Now

New bettors at DraftKings Sportsbook can take advantage of the site’s new player offer when the Bills and Colts meet up in Orchard Park. First-time players can wager a dollar on either team to win this game and claim $100 in free bets as long as a single point is scored in the game. It doesn’t matter if the bet itself wins, as the free bets are handed out as long as a point is scored.

✅ This is a bad matchup for the Colts. Indianapolis relies on their running game to unlock the vertical passing game, but the Bills have the best defense in the league in terms of yards per play allowed, which will put the Colts in a lot of obvious passing situations. That will mean a lot of interceptable balls from Wentz.

✅ Buffalo is 3-1 at home on the season, with their lone loss coming to the Steelers in a fluky game in Week 1. Since then, the Bills have covered the spread in all three of their home games, winning each game by at least 15 points, albeit against unimpressive competition. The Bills will cover for a fourth straight home game here.

✅ If you look at the wins for the Colts this year during their 5-5 start through any sort of critical lens, it is very difficult to be impressed. They have beaten the Dolphins, Texans, Jets and Jaguars, who may be the four worst teams in the NFL. Their lone impressive win in San Francisco was aided by heavy rain that prompted several San Francisco turnovers, which won’t be available here against the Bills.

The Indianapolis Colts have won two straight games to get back to .500 on the season. After beating the New York Jets on Thursday Night Football in Week 9, the Colts beat the Jaguars in Week 10 to move to 5-5 on the season. This week, the Colts will look to pick up their biggest win of the season in order to move above .500 as they look to keep climbing in the AFC Wild Card race.

For the Colts, the key to this game is going to be moving the ball on early downs against a stingy Bills defense. Indianapolis’ identity is centered around running the ball with Jonathan Taylor, which sets them up in advantageous situations as far as the down and distance are concerned. If they fail to do that against arguably the best defense in the NFL, the Colts could be in for a long afternoon.

The Buffalo Bills got back on track last week, beating the New York Jets after losing to the Jacksonville Jaguars the week before. Buffalo was never challenged by the Jets, picking off four Mike White passes to keep themselves in control throughout. But the Bills will need to avoid a slow start offensively if they are going to avoid being upset at home for the first time since Week 1 against Pittsburgh.

Also important for the Bills and Colts will be how well they adjust to a step up in competition early in this game. Both teams have played the Jaguars and Jets in back to back games, and will face a much more capable opponent this week. A fast start for either side could be what decides this contest.