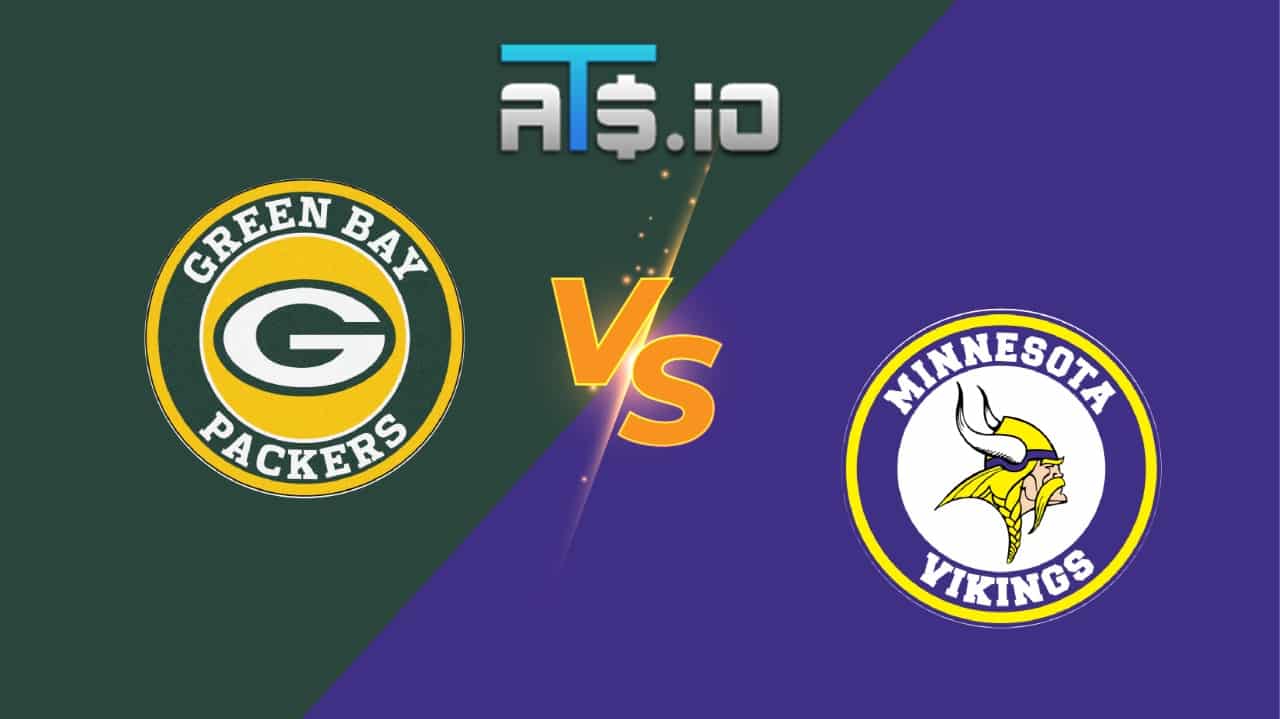 One of the top rivalries in the NFL will write another chapter on Sunday, when the Green Bay Packers head to Minnesota to take on the Minnesota Vikings. Green Bay is at the top of this division and near the top of the NFC standings for the season, while the Vikings are trying to remain in contention for the postseason. In our latest NFL betting picks, we look at Packers vs Vikings in a key contest in the NFC North.

DraftKings is offering 100/1 odds on a point to be scored this game. Bet $1 on either team to win Packers vs Vikings and win $100 if either team scores. Click Here Now

DraftKings Sportsbook is offering a new player offer for Packers vs Vikings where a $1 bet is all that is required to win $100 in free bets. Here, you can get involved by betting a dollar on either team to win this game on the moneyline. As long as either team scores a point, DraftKings will pay out $100 in free bets, regardless of which team actually wins the game.

Why Bet The Packers vs Vikings Under:

✅ The Packers are a team whose totals are often inflated, as the reputation of Aaron Rodgers is that of a player who can score at will. But the Packers are 19th in the NFL in scoring offense this season, and have hung their hat on defense more than anything after some early struggles on the defensive end early in the year.

✅ The under is 8-2 in Green Bay Packers games so far this season, as their offensive output has not matched up with the reputation of their offense for most of this season. Combine that with the fact that their defense has been solid for most of the year, and this game is shaping up to be another under for the NFC North leaders.

The Green Bay Packers pitched a shutout last week, beating the Seattle Seahawks 17-0 in the return of Aaron Rodgers after he missed a week due to a positive COVID-19 test. Seattle had Russell Wilson back for that game, but could not get anything going offensively thanks to a stingy Green Bay defense. This week, the Packers will look for a third straight defensive gem against a Minnesota team capable of moving the football.

Green Bay has allowed 21 points or fewer in each of their last five games, and have allowed just 13 points combined in their last two contests. The defense of the Packers has quietly been the driving force of their success of late, more so than Rodgers and the offense.

The Minnesota Vikings picked up a much needed win over the Los Angeles Chargers in Week 10, getting a 27-20 victory over Justin Herbert and company on the West coast. That win broke a two-game losing streak for the Vikings, and kept their postseason hopes alive for now at 4-5 in a very competitive NFC. This week, the Vikings have a chance to gain a game on the 8-2 Packers to keep their extremely faint division hopes alive.

For the Vikings this week, breaching the stingy Green Bay defense is going to be the key. Rodgers and the Packers’ offense will have their moments, but they have been pretty easy to keep off the scoreboard lately. How Kirk Cousins and the Vikings’ offense performs will decide whether or not they have a chance to win at home here.