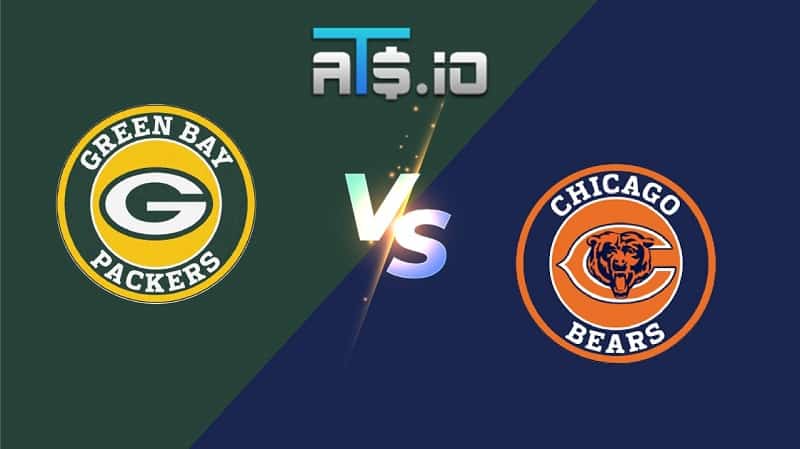 One of the most storied rivalries in the NFL will pick back up when the Green Bay Packers and Chicago Bears tangle again at Soldier Field. With both teams fresh off of a victory last week, the Packers and Bears will hope to pick up a key division victory this week. In our NFL betting picks for Packers vs Bears, we look at the prospects of both sides coming into this NFC North showdown.

New bettors at Caesars Sportsbook can take advantage of their risk-free bet offer. Bettors can wager on this game and keep the profits if that bet wins. If it loses, bettors will get their money back up to $5,000. Click Here Now

This game is eligible for Caesars Sportsbook’s risk-free bet promotion, which is worth up to $5,000. Bettors who make this Packers vs Bears game their first wager at Caesars can be reimbursed if their first bet on the site loses, with a max refund amount of $5,000 to ensure that bettors have at least the amount they started with after their bet settles.

Why Bet The Packers vs Bears Under:

✅ The Chicago Bears are dead last in the NFL in yards per play this season, struggling to move the ball with both Justin Fields and Andy Dalton at quarterback. Only the Miami Dolphins and New York Jets have scored fewer points than the Bears so far this season.

✅ Green Bay is playing their second straight road game this week, after playing an overtime game against the Bengals last week. The Packers struggled with pressure from the Bengals’ pass rush, and should have the same thing happen to them against the Bears in this matchup.

✅ Green Bay struggled to convert on field goal attempts last week, which could also help the under. Mason Crosby missed several field goal attempts against the Bengals, which helped keep the scoring down in that game. A repeat performance will only help the total stay under.

Last week, the Green Bay Packers improved to 4-1 on the season, but it was far from a convincing performance. They won against the Cincinnati Bengals, with Mason Crosby converting on a game-winning field goal after both teams traded multiple missed field goals at the end of regulation and in overtime. This week, the Packers will aim for a smoother path to victory.

If Green Bay is going to have an easier day against Chicago than they did against Cincinnati, they will need contributions from more than their big three on offense. Davante Adams and Aaron Jones combined for over 300 yards from scrimmage, comprising roughly three quarters of the Packers’ total offense. Against a Chicago defense that is capable of getting stops, Green Bay will need more than just what their top two players bring to the table.

The Chicago Bears picked up their second straight win with Justin Fields as their starting quarterback last week. They defeated the Las Vegas Raiders on the road, holding the Las Vegas offense to just nine points in that game. This week, Chicago will need another inspired performance from their defense to slow down Aaron Rodgers and the Packers.

To keep up with the Packers, the Bears will need more from Justin Fields on offense. Fields barely had over 100 passing yards against the Raiders, which is not going to be enough when going up against the potent Packers’ attack. While growing pains are to be expected with any rookie quarterback, Fields can’t afford to experience them in such an important game in the division.