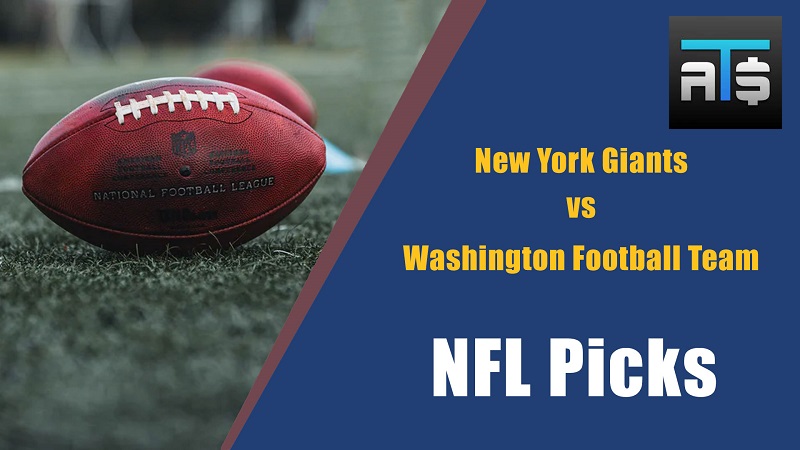 The New York Giants and Washington Football Team both lost at home to start the 2021 NFL season. On Thursday Night Football, they will meet in Washington, with both teams looking to break into the win column in a key division matchup. Our NFL betting predictions look at Giants vs Washington from a betting perspective, as both teams hope that their lackluster offenses can penetrate formidable opposing defenses.

✅ Both the Giants and Washington Football Team failed to break 20 points in their respective losses in Week 1. That shouldn’t change in Week 2, as both teams face opposing defenses that are superior to the offenses they are tasked with stopping.

✅ The Washington Football Team will be using a backup quarterback in this Week 2 matchup with the New York Giants. Taylor Heinicke is set to get the start for the Football Team, as starting quarterback Ryan Fitzpatrick is set to miss 6-8 weeks after sustaining an injury in the opening game of the season.

✅ The Giants offense is supposed to get better this year with Saquon Barkley back at running back, but they did not run the ball effectively in Week 1. New York’s NFC representative averaged just three yards per carry in Week 1 against the Denver Broncos, with only the Packers and Jets doing worse in that area.

In Week 1, the New York Giants were who they were expected to be against the Denver Broncos. They were outgained by just over 100 yards by a Broncos team that was starting Teddy Bridgewater for the first time. And while their defense was solid for most of the game, it was clearly worn down by the fact that the Giants struggled to sustain drives, as their sub-25 minute time of possession hurt their chances immensely.

This week, the Giants face a Washington Football Team that is just as good on defense as the Denver Broncos. But the Giants’ defense should have a better outing against a Washington team that isn’t as talented at quarterback or the skill positions on offense. If the Giants can simply avoid wearing their own defense down by giving the ball back to Washington too quickly, they have a shot at picking up their first win of the season here.

The Washington Football Team also lost their season opening game, falling at home to the Los Angeles Chargers on Sunday. Washington couldn’t catch a break in that game, losing starting quarterback Ryan Fitzpatrick to injury and committing a turnover inside of their own five yard line to cost them the game. While Taylor Heinicke wasn’t terrible in relief of Fitzpatrick, he certainly didn’t inspire confidence he could lead the team to a strong first half of the year.

Washington scored just seven points in the second half of the game, getting into the end zone on the opening possession of the second half. After that, the offense went cold, causing them to drop their home opener even after allowing just seven second half points of their own. If the Football Team is going to beat the Giants, they will need to lean heavily on their defense as Heinicke is not a reliable producer of points just yet.