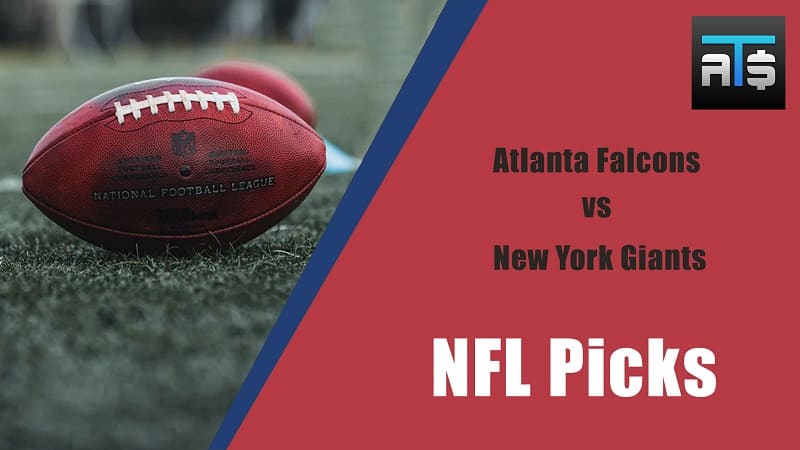 This conference matchup features a pair of teams that were not projected to find much success this season. That has rung true for the Falcons, and they have the look of a team headed for a top 10 or even top 5 selection in the NFL draft once again. But not so fast on the Giants. They had an impressive win snatched from them in the last second against the Washington Football Team last week, and we are forced to ask, is Daniel Jones the real deal?

This game will be played at 1PM EST on Sunday September 26th, 2021 at MetLife Stadium

Why Bet The Giants?

✅ After watching the Giants offense in 2020, it was fair to expect slow and unexciting in 2021 as well. That has not been the case, and Daniel Jones has been productive and effective thus far. What’s more, is the play calling has opened up. They are passing far more than they are running, which is quite a pleasant surprise. This bodes well for their chances against the Falcons and their awful defense. Through two weeks, the Falcons have allowed 80, yes 80 points. They have also allowed eight passing touchdowns in those two games. The impressive start for Daniel Jones will look all that much better after a super soft matchup with these Falcons.

✅ The Giants began the year easing Saquon Barkley back in, but he was back to nearly full go by the end of week 2. We should see him back in his normal bell cow role as early as this week. I truly think there will be a specific play on Sunday where Barkley does something special. We will all nod our heads in unison and say “he’s back.” As mentioned, the matchup couldn’t be softer for the Giants offense and there will be splash plays. It would come as no surprise to me if one of those were made by Barkley.

✅ For a team with such an exploitable defense, the Falcons do not have the benefit of an offense that is able to keep scoring pace. They average just 16.5 points per game through two weeks, and they will need more from their

quarterback if that is to improve. They have two high end skill position players in Calvin Ridley and Kyle Pitts. However, they will only be able to do as much as Matt Ryan sets them up for. That is likely not enough once again as the defense will create yet another trailing game script for them.