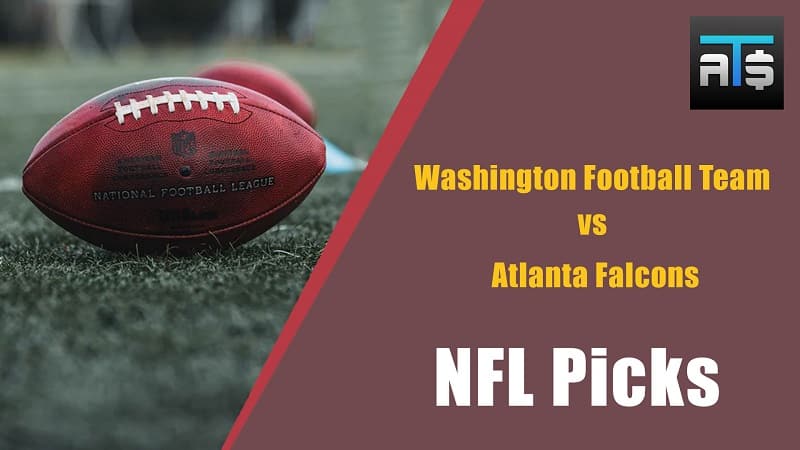 This matchup will be of the utmost importance for these two middling or worse teams. Both teams sit at 1-2 entering this game, and whichever team ends up on the losing end will have an extreme damper put on any hopes for playoff contention. Yes, it is early in the season for such talk, but a 1-3 record is a difficult thing to come back from. That difficulty was fully expected for the Falcons, but there were hopes for the Football Team. Will they be able to get a win and keep their season on track in terms of their expectations?

This game will be played at 1PM EST on Sunday October 3rd, 2021 at Mercedes Benz Stadium.

Why bet the Football Team?

✅ The Falcons, despite actually collecting a win at the Giants last week, have been one of the league’s worst teams this season. Their passing offense once kept them competitive, but that is no longer the case. The combination of the Arthur Smith offense and Matt Ryan’s current skill set has sapped any explosiveness from the offense. Deep balls are nearly non-existent, and even when they are, there has been very little success found. The precise area where the Football Team defense has had its struggles is the area in which the Falcons are so anemic. In this matchup, like the others to date, will offer a lack of results for the Falcon offense.

✅ The Football Team offense has had mixed results thus far. They did move the ball well in Week 2 against the Giants, and scoring followed. The Giants are a common opponent for these teams early in the season. While both teams got wins, the Football Team played a healthier version of the the Giants offense and were the more effective offense against them. The Falcons defense as a whole is one of the more exploitable in the league. They are allowing over 31 points per game so far this season and heave been a sieve to the pass. They have allowed five touchdowns to wide receivers and three more to tight ends. That is great news for Terry McLaurin and Logan Thomas.

✅ As we saw in Weeks 1 and 2, any team setting anything resembling a fast scoring pace proves far too much for the Falcons to handle. Their average margin of loss in those games was 24.5 points. They are unable and seemingly unwilling to stretch the field, and won’t be able to hit the Football Team where they are most exploitable. Any deficit for the Falcons may feel insurmountable. Look for the Football Team to get back on track on both sides of the ball in Atlanta.