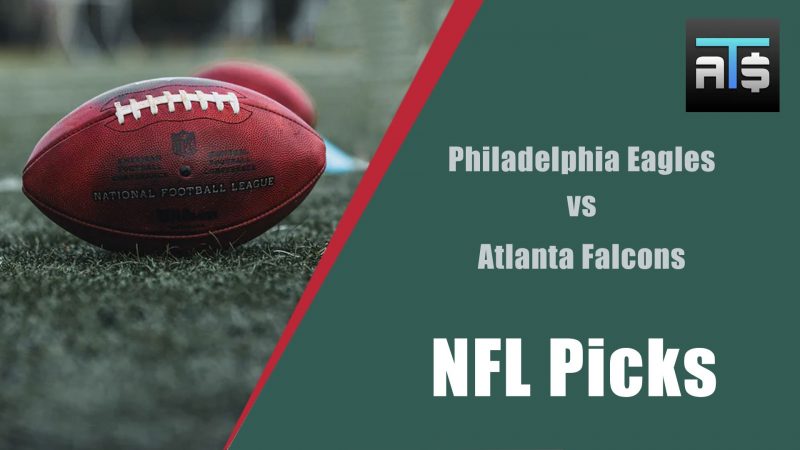 The Philadelphia Eagles and Atlanta Falcons have both seen better days not long ago, with both teams reaching Super Bowls in the recent past. But in this Eagles vs Falcons matchup, both teams will simply be looking to get themselves back on the map in the NFC. Our NFL betting predictions look at this contest at Mercedes Benz Stadium between Atlanta and Philadelphia as we make our best bet for one of the tougher games to predict in the Week 1 slate.

✅ The Atlanta Falcons were a bottom-five defense in the league last season in terms of yards per play allowed. Against an Eagles offense that should be better without the turnover-prone Carson Wentz, and with Jalen Hurts getting a full offseason to improve, the Eagles should be able to put up points. That will make the Falcons have to keep up and chase points throughout.

✅ This Philadelphia Eagles vs Atlanta Falcons matchup should also see the Falcons make plenty of explosive plays. New addition Kyle Pitts joins a strong receiving corps even without Julio Jones being a part of it any longer. As long as the Falcons avoid turnovers, the NFC South representative in this game should be able to contribute to the total in their own right.

✅ Both of these teams were in the bottom half of the NFL in taking the football away from opponents last season. As long as they continue to struggle forcing turnovers, expect some offensive fireworks in this game that is being played at the mostly-indoor venue in Atlanta.

Heading into Falcons vs Eagles, the big story for the Eagles is how effective Jalen Hurts will be in his first full year with the reigns of the team. Hurts looked decent in limited action last year, but wasn’t able to nudge the Eagles toward the playoffs even in a bad NFC East. Expectations will be higher for him and the rest of the team now that he has had his first conventional training camp after last year’s COVID-impacted season.

This game is huge for the Eagles, as games against teams like the Falcons are extremely winnable. If this football season is going to go well for the Eagles, they are going to have to pick up victories in games like this one before the schedule toughens up on them.

While the Atlanta Falcons aren’t making any quarterback changes coming into this game, there are some notable changes for the Falcons heading into this season. Arthur Smith was named the new head coach of the Falcons, having previously served as the offensive coordinator of the Tennessee Titans. And Julio Jones was sent to Tennessee, while Atlanta hopes Kyle Pitts can help them avoid any dropoff in their passing game.

Falcons vs Eagles could very well come down to how well Matt Ryan plays in an offense that will undeniably be changed in some way by Smith. With an offensive minded head coach, there is a serious possibility that the Falcons pick things up on that side of the ball once again, and become one of the better offensive clubs in the league even if their overall play continues to struggle.