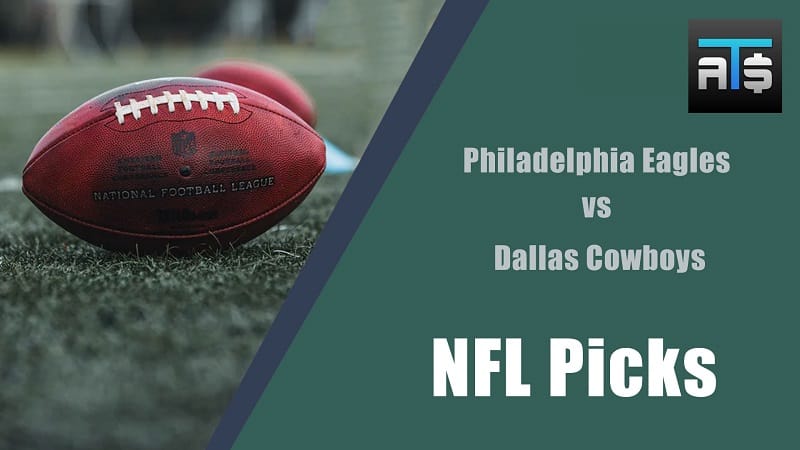 The third week of the 2021 NFL season will conclude with a classic NFC East rivalry game in Eagles vs Cowboys. Both teams have started the season off at .500, as they both look to do better than they did last year, when the entire division finished with a losing record. In this edition of NFL picks, we look at the Eagles and Cowboys and make our prediction for this Monday night encounter.

✅ Both teams have been even in yards gained per play through two weeks, but the Eagles have been far superior in yards allowed per play. Dallas has been giving up first downs early in each series of downs, giving up chunk plays over and over again against the Buccaneers and Chargers in the first two weeks.

✅ Through two games this season, the Dallas Cowboys have had one game decided by two points and a game decided by three points. Both games have been won via last-second field goal, and it is entirely possible that the Cowboys defense allows the Eagles to hang around long enough for another game to come down to a final kick.

✅ Dallas is dealing with the same rash of injuries and absences they were plagued by heading into the game against the Chargers last week. Add to those concerns the loss of Keanu Neal for this game, along with the lack of certainty surrounding Amari Cooper, and the Cowboys could be in bad shape here.

The Philadelphia Eagles haven’t been world beaters so far this season, splitting their first two games for a 1-1 record. But the Eagles have been competitive in both games, including their loss last week to the San Francisco 49ers. And as Jalen Hurts works on his consistency in his first full year as a starting quarterback, there has been a lot to like so far from this team.

In this Eagles vs Cowboys game, defense will be the barometer of the Eagles’ success. Philly should be able to move the ball against the Cowboys’ porous defense, but the question is whether or not the Eagles can stop the potent Dallas offense. If they can at least slow them down, the Eagles should have a real shot to move to 2-1 and stand atop the NFC East.

It wasn’t pretty, but the Dallas Cowboys got their first win of the 2021 NFL season last week against the Los Angeles Chargers. After a hot start for both offenses, things slowed down considerably in the second half, with the Cowboys converting a last-second field goal to win the game. This week, Dallas will look for more from its defense to avoid a third straight suspenseful contest.

Through two weeks, the Cowboys are allowing 6.7 yards per play, putting them in the bottom-five in the NFL in that regard. With the same injuries and COVID-related absences affecting their defense this week that impacted them last week, they might not be any better on Monday than they were against the Chargers. And with Keanu Neal now out, things could even get worse on defense for Dallas.