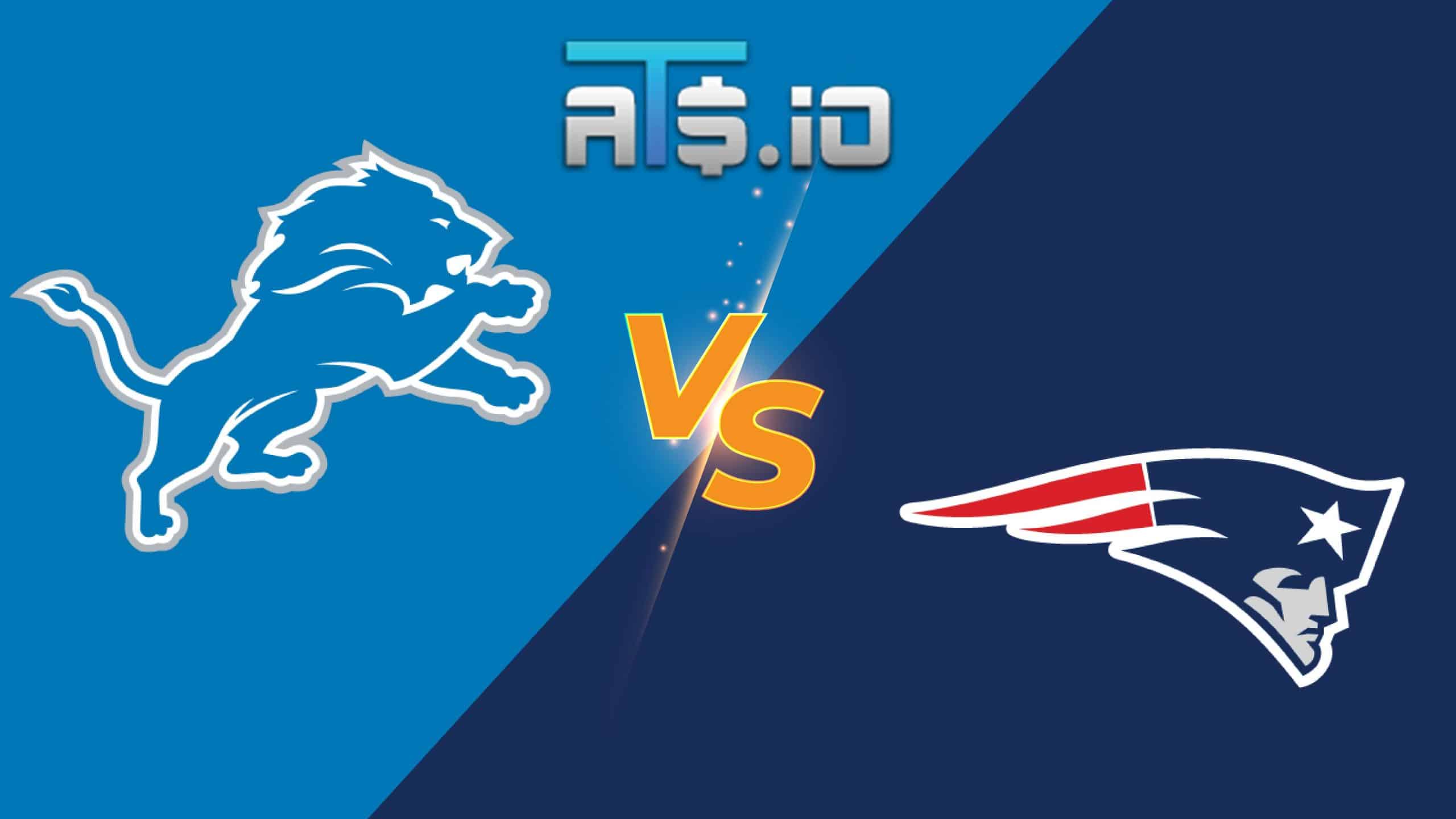 The Detroit Lions and New England Patriots both lost in Week 4 of the NFL season. They will look to overcome some considerable limitations in Week 5 in order to get back into the win column to avoid a 1-4 start to the year. In our NFL picks for Sunday afternoon, we look at Lions vs Patriots as both teams look for a win they can use to start turning their season around.

New customers at at PointsBet and Caesars Sportsbook can get welcome bonuses for some added value when betting on Lions vs Patriots. At PointsBet, new users are able to get five risk-free bets worth $100 each, while bettors can also get their first bet on Caesars for up to $1,250 when getting started at that bookmaker. Both of these promotions can be utilized by hitting the Claim Offer buttons below and signing up using our promo codes.

✅ The biggest challenge for the Patriots right now is their offense, given that they were using a third string quarterback last Sunday. But there is no better team to face when your offense is struggling than the Lions. Detroit ranks next to last in the NFL in yards per play allowed, giving up 6.5 yards per play on the season. The Patriots will be able to do enough to win this game and cover the spread.

✅ Bailey Zappe was not bad during his limited action against the Green Bay Packers last week. He completed two thirds of his passes, and did not throw an interception in his first game action as a pro. With a full week to prepare for this contest, the Patriots should be in safe hands with Zappe if Mac Jones is unable to return for this week’s game.

✅ The Lions are 1-3 on the season, and have already played three games on their home field. They are 0-1 on the road, and this will be their first game outside of the Midwest on the year. Expect the Patriots to send the Lions to 0-2 on the road this year, and to 1-4 overall on the season.

The Detroit Lions scored 45 points last week against the Seattle Seahawks, but they lost that game by giving up 48 points. Detroit ranks last in the NFL in points allowed (35.3) and total yards allowed (444.8) through four weeks. This week, the defense for the Lions has to be better in order for the team to snap their two-game losing streak and avoid a 1-4 start.

Detroit’s run defense is going to be especially influential in this contest, as the Lions have struggled mightily when it comes to stopping the run. The Lions have the 30th ranked run defense in the NFL, giving up 165.5 yards per game on the ground. Against a Patriots team that moved the ball well on the ground last week, Detroit has to take that away from them.

Last week, the New England Patriots came close to upsetting the Green Bay Packers on the road as a double-digit underdog. However, they fell in overtime, as they struggled to contain Aaron Rodgers down the stretch as so many teams do. That was an admirable performance from the Patriots, who started Brian Hoyer and brought in Bailey Zappe after Hoyer got hurt.

This week, it is unclear as to whether Mac Jones will be able to come back from his ankle injury, and the Patriots may start Zappe in his place. No matter who starts, the ground game for the Patriots should be the top priority.