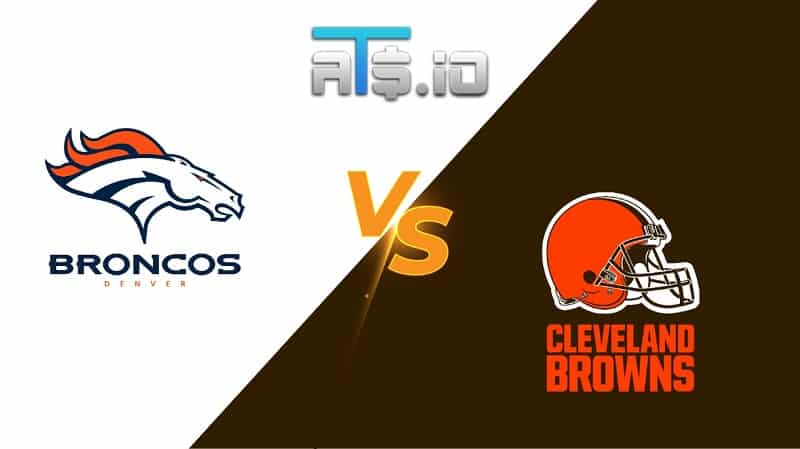 This AFC matchup is one of the more underwhelming we have seen when it comes to prime time island games this season. The Broncos remain a lower end team, and are visiting an absolutely decimated Cleveland Browns squad. Injuries and absences are likely too much for the Browns to overcome on Thursday Night.

This promotion from Caesar’s is precisely as stated and is very simple. New users get a risk free bet of up to $5000. If and when the bet wins, it is paid out as normal. If it loses, your account is credited with free bets in the amount of the initial bet. This promo is only good for the first bet, so be sure to be aggressive.

This game will be played at 820PM EST on Thursday October 21st. 2021 at First Energy Stadium.

Why Bet The Broncos

✅ The Browns are simply reeling from injuries. The offense was a clear shell of itself last week with Nick Chubb on the sidelines. They are without Chubb once again, but it gets so much worse than that. Kareem Hunt has been moved to injured reserve and will miss at least three games. Quarterback Baker Mayfield has been ruled out. Odell Beckham may miss this game as well. Simply put, the skill position players for the Browns will be almost exclusively replacement level players.

✅ The Browns defense was struggling with the most competent version of their offense on the field. Now with all the key pieces missing, the defense may simply be under too much pressure. They will likely be on the field for far more snaps than their offensive counterparts. This unit that has allowed 94 points over the past two weeks does not have the most difficult matchup, but they have been exposed as quite beatable, particularly in the secondary.

✅ The Broncos are on a three game skid after starting the season with three wins against three subpar teams. While there should not be high expectations for this team at the end of 2021, they have shown themselves to be quite capable of beating the worst teams. They have also shown they can lock down a terrible offense, and that is precisely what this version of the Browns presents. Javonte Williams and Courtland Sutton will have done enough on the offensive side of the ball to have secured a win at the conclusion of Thursday’s game.