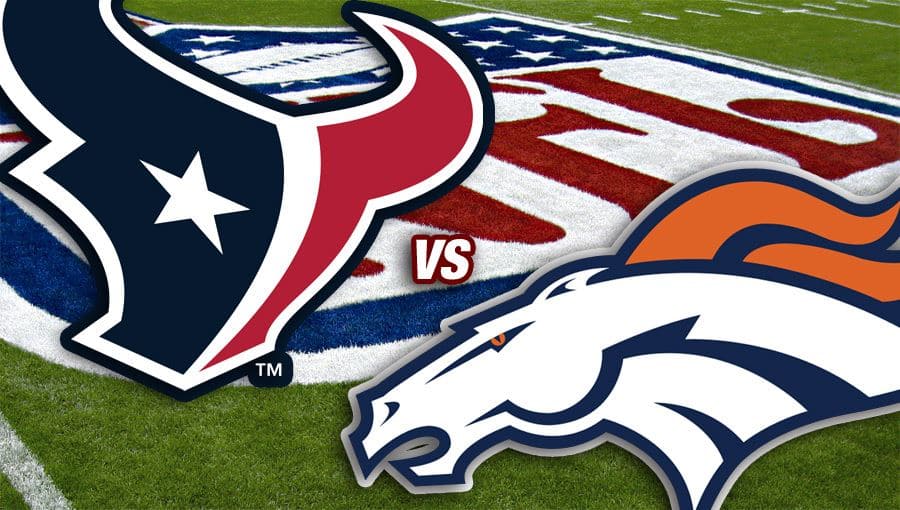 A team coming off a big time Sunday night win, and a team with a rookie QB coming off his first career win, is on the schedule Week 14 as the Denver Broncos travel to Houston to take on the Texans.

The Denver Broncos enter play at 4-8 and in third place in the AFC West. A Kansas City win Sunday will officially eliminate Denver from the division race and a loss coupled with a Steelers win would eliminate the Broncos from the Wild Card race. If the season ended today, Denver would have the 10th pick in the 2020 NFL draft.

Houston enters Sunday with an 8-4 record and a one game lead over the Tennessee Titans in the AFC South. In the AFC, Houston sit at the three seed thanks to a head-to-head win over Kansas City. The Texans sit two games back of the Patriots for the two seed and own the head-to-head advantage.

Below is my best bet for the Denver Broncos at the Houston Texans. All lines are from William Hill Sportsbook

Denver used a late pass interference call to get into field goal range and come away with a 23-20 win over the Los Angeles Chargers. Rookie QB Drew Lock made his first career start and finished with 134 passing yards, two touchdowns and one interception. The win Sunday ended a two game slide for the Broncos as they get ready to enter a tough two game stretch. Vic Fangio and his squad is 1-5 on the road this season with that lone win coming at Los Angeles earlier this season. Denver is 7-5 against the spread and the under has hit in seven of the 12 games this season.

The Houston Texans made a statement Sunday as they hosted the New England Patriots and came away with a very good 28-22 win. The final score is not indicative of how the game went as the Texans were up 28-9 until the final four minutes of the game. Houston has now won two in a row, and four of five, as they get ready for their final four games that includes two games against 2nd place Tennessee. The Texans are 5-1 at home this season with their lone loss coming to Carolina in Week 4. Houston is 6-6 against the spread and the under has hit in seven of the 12 games this season.

Series History: Houston won the most recent meeting between the two, but the Broncos lead the all-time series 4-3.

ATS Pick: I like Houston to keep rolling, so I am backing the Texans -9.5 Sunday.