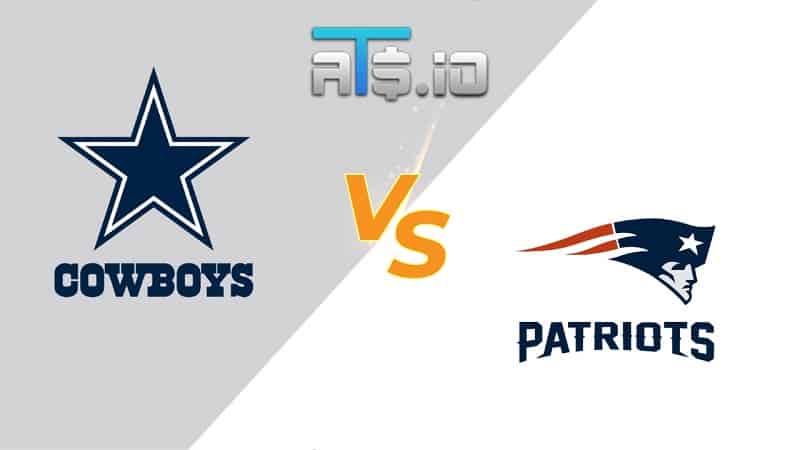 Two of the brand name franchises in the NFL will clash on Sunday, as the Dallas Cowboys and New England Patriots tangle in New England. The Cowboys will be a favorite in this matchup for a change, as they have been red hot, while the Patriots have struggled to find their footing. In this week’s NFL betting picks, we examine each side of Cowboys vs Patriots and provide our betting recommendation.

New bettors at BetMGM Sportsbook can wager on either team to win this Cowboys vs Patriots matchup, with a $10 bet paying out $200 as long as the team you bet on scores a touchdown in the game.

In addition to our pick for this game, new players at BetMGM can wager $10 on either the Cowboys or the Patriots to win this contest. If that team scores a touchdown during Cowboys vs Patriots, the bet will pay out $200. And the best part? That team doesn’t even need to win the game in order for the bet to pay.

Why Bet The Cowboys vs Patriots Under:

✅ Dallas has been scorching hot offensively so far this season, ranking third in the NFL at 6.5 yards per play. But it should be noted that they just played three straight home games and have been worse on the road offensively than they have been at home. Expect some regression from the Dallas offense here.

The Dallas Cowboys took advantage of a banged up New York Giants team last Sunday, earning their fourth straight win in a 44-20 victory over their division rivals. Dallas capitalized on Giants starting quarterback Daniel Jones going down with a concussion during that game, as the Cowboys ran away with the contest in the second half. This week, the Cowboys will look to take advantage of New England’s own unenviable quarterback situation, as Dallas looks to stop rookie quarterback Mac Jones.

The question for the Cowboys this week is how they will perform on the road after playing three straight games at home. Dallas was competitive in Tampa Bay against the Buccaneers to open the season and won outright as an underdog against the Chargers in Los Angeles. But a road game against a Bill Belichick coached team is never an easy task, and this game should be a grind even if Dallas does win.

Last week, the New England Patriots played a closer game than expected against the Houston Texans, needing a late field goal to beat Houston by three. The Patriots allowed three touchdown passes to Davis Mills, who had looked horrible in his two starts prior to this game against the Patriots. This week, the Patriots will look to get back on track defensively in hopes of picking up a second straight win.

Encouraging for the Patriots last week was the performance of Mac Jones against the Texans. Saddled with a two-possession lead on multiple occasions in that game, Jones helped the Patriots come back and win. And while his yardage numbers and turnover output need to be improved upon, last week was a great learning experience for a rookie quarterback to play through.