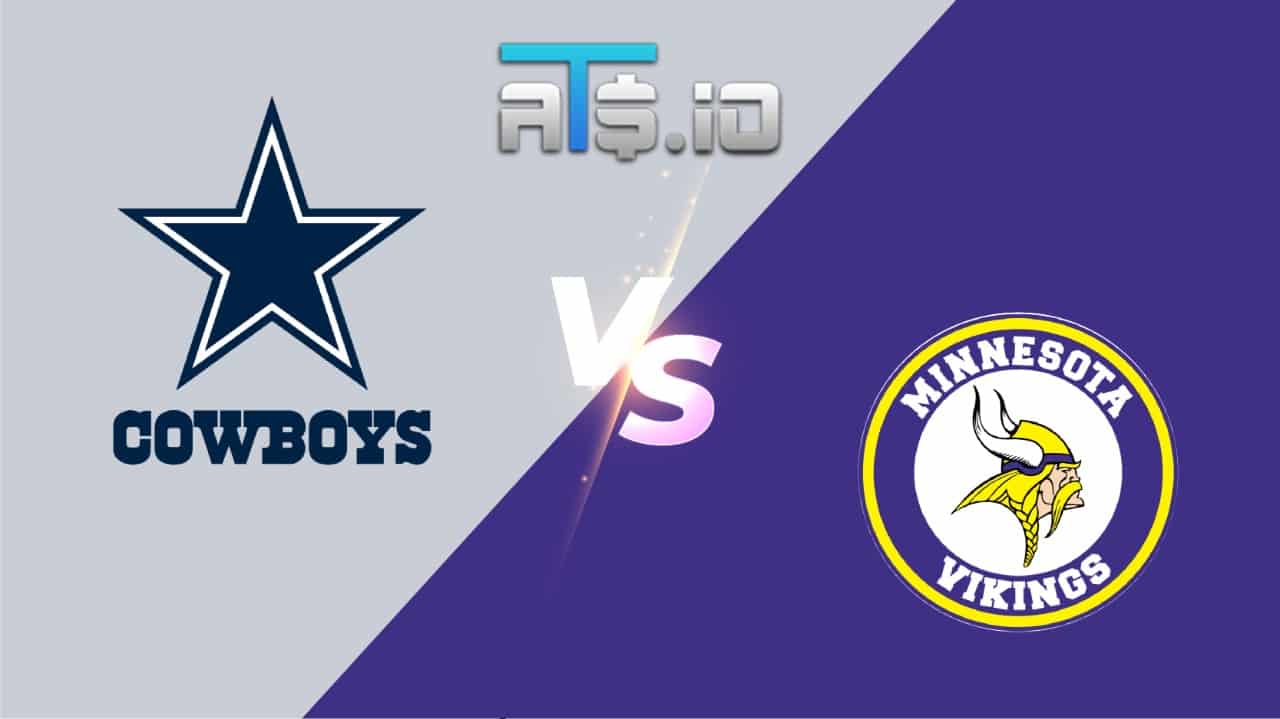 The Cowboys travel to Minnesota for a battle between NFC teams that are currently pacing as playoff teams. It is unlikely we get a true gauge in this one. Dak Prescott is unlikely to play for the Cowboys. The Cowboys otherwise high end passing game will not bring the juice it normally does. It very much stands to reason they attempt to lean on the running game to hide Cooper Rush.

FanDuel sportsbook has an exclusive offer for Sunday Night Football. The offer is for new users only. They are offering 25/1 Odds on any touchdown to be scored. All you have to do is bet $5 and $125 will be paid out when any touchdown is scored. Just click the link below.

Cowboys vs Vikings will be played at 820PM EST on Sunday October 31st, 2021 at US Bank Stadium.

✅ This prop is rather obvious with Prescott expected to miss the game. The Cowboys will likely turn to Elliott to have a larger than usual work load on the ground. Of course the offense as a whole will not have the high end output we have become accustomed to. The Cowboys are averaging nearly 40 points per game over their last four. They do still have their top back in Ezekiel Elliott, and he will be fed. After a lower volume first couple of games, Zeke has had a healthy workload in each game. He’s seen at least 17 carries in each of the last four games. He is averaging 101.8 rushing yards per game in those contests. With the previous games volume being the floor, we can expect Elliott to hit the century mark.

✅ The Cowboys still bring a high end offensive line. Even if there is a need to hide the quarterback, the line and Zeke will work in conjunction to create sufficient yardage to smash this prop. It is simply set far too low.

✅ The Vikings are extremely exploitable on the ground. They have only faced one true bell cow role for a runing back so far this season. That was Week 1 when Joe Mixon ran for 127 yards on 29 carries. Running backs do not need big volume to find success against them. Six backs have run for at least 50 yards against them in the last four games! Nick Chubb was the only back to receive 20 carries, and he was able to reach the century mark. Zeke is up next for a similar performance.