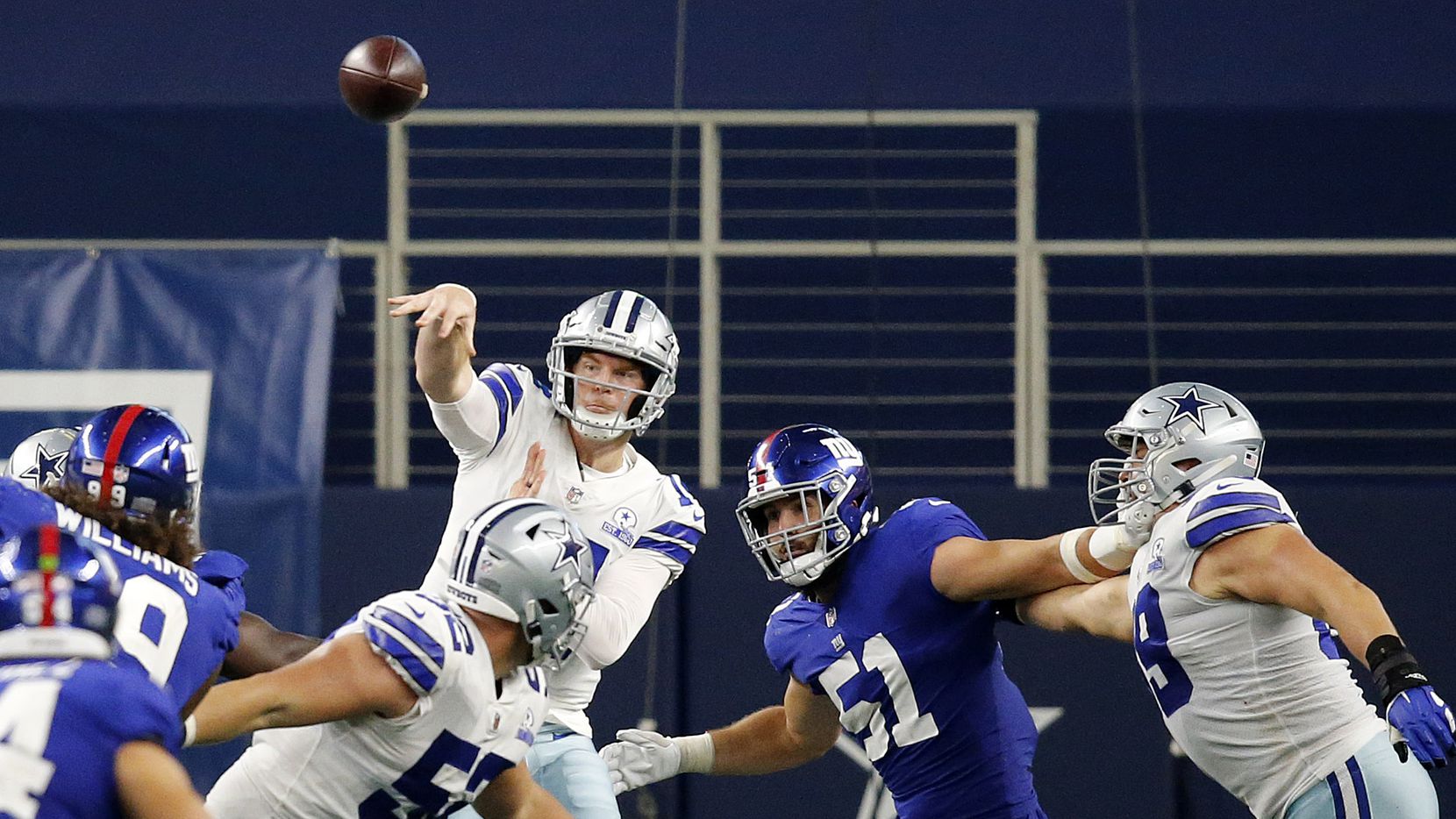 How to Approach Betting on the Andy Dalton’s Dallas Cowboys?

The season took a dramatic turn for the worst for the Dallas Cowboys Sunday against the New York Giants when Dak Prescott went down with a season-ending ankle injury. But, while it may sound cold, the season continues.

But now, it will be with Andy Dalton at the helm. So, how should that change how we think about the Cowboys? According to the oddsmakers at BetMGM, not much:

Dalton was considered a good quarterback at one time and took the Bengals to the postseason for five consecutive years. He could never lead them to a win in the postseason, but he did get them there.

Can he replicate that success with the Cowboys and win the NFC East division?

He will have better skill position guys to work with than he ever had with the Bengals. Yes, A.J. Green is good, but he never had three receivers to work with like he will with the Cowboys (Amari Cooper, Michael Gallup, CeeDee Lamb). Ezekiel Elliot is by far the best running back he has ever worked with.

With him running the offense, chances are good they will lean on Ezekiel Elliot a lot more for the rest of the season. Then again, they may not since injuries have decimated the offensive line—and then the defense is still a concern.

The Giants and their pitiful offense still generated 300 yards of offense and scored 27 points. If they could not stop them, who can they stop?

Winning the division will likely take at least eight wins. Without knowing what the offense is going to look like or if the defense will ever play better, it is hard to say who they can beat. They should beat Washington twice, but it is hard to tell if they can take the Eagles.

As bad as Philadelphia has looked, they looked okay against a good Steelers team on Sunday.

It is kind of far-fetched to think they will beat the Vikings or Ravens. As for the Cardinals, Bengals, 49ers, or the Giants at the end of the season, those games are essentially toss-ups.

So, when it comes to whether the Cowboys are a good bet to win the division, the question may be how good the Eagles will be. They started the season with three stinkers, but then played better against the 49ers and Steelers. But they are still dealing with a ton of injuries. Can you trust them?

It is hard to say. There is another division-related bet that is much easier to call:

While the future is not bright for the Eagles or Cowboys, it is even darker for the Giants and Washington. So, while it may be hard to say who will win the division, it is safe to say that either Dallas or Philadelphia will, and the other will finish second.