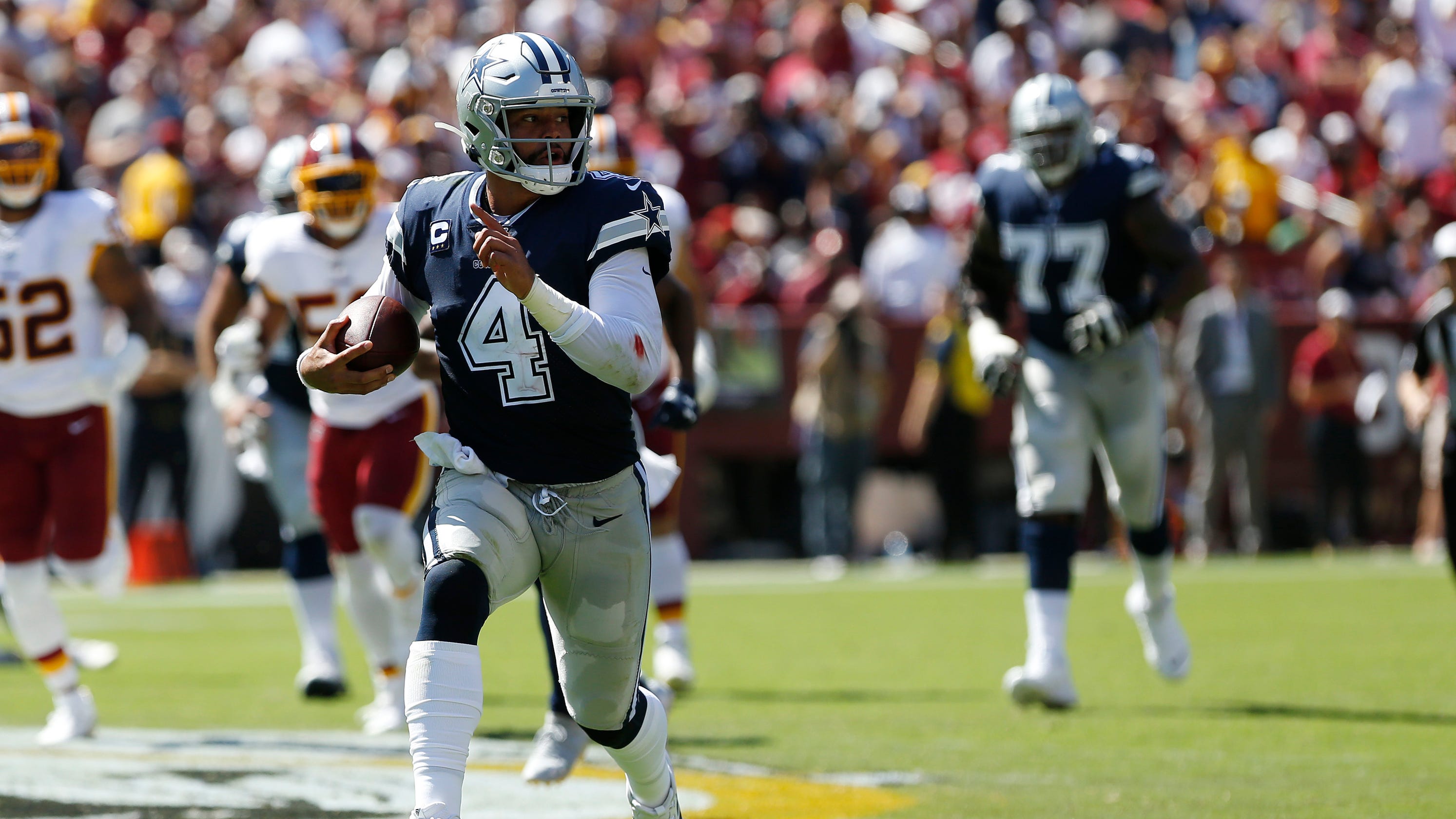 It may sound strange to say that the Dallas Cowboys have a ‘bandwagon,’ but not everyone loves America’s Team. However, that may be changing in the days and weeks ahead with how the Cowboys have been playing.

They had good odds to win the division when the season started, but the Philadelphia Eagles were favored. Their odds of winning the NFC were respectable, but several teams had better odds. As for the Super Bowl, they were considered one of the better dark horse candidates.

As comedian Rodney Dangerfield would say—the Cowboys were getting no respect. But after their 2-0 start, there is an excellent chance that is going to change.

Many were down on the Cowboys to start the season because it was unclear when or if they would be getting Ezekiel Elliot back. Then when his holdout finally ended, the doubt centered around when he would be ready to contribute how the Cowboys would need him to.

But that was when the world was working under the perception that Dak Prescott couldn’t carry the team, and the offense would flounder without Elliot running the ball. That notion has been put to rest following a 400+ yard game by Prescott to start the season followed by a three-touchdown game in Week Two where he only had four incompletions (26-30; one was an interception).

It hasn’t been all Dak Prescott and the offense, though. While the defense gave up a lot of yards against the Giants, they held them to just 17 points. They held the Redskins to 14 points before giving up the third touchdown in garbage time.

So—with how well they have played, maybe it is time for those not on the Cowboys bandwagon to jump on?

Oddsmakers certainly seem to be believing in them a little more. The odds on the Cowboys to win the division, conference, and Super Bowl have all gotten shorter since the season began. FanDuel, as of September 16, has them tied with the Eagles to win the division at -110.

As for the big games, their odds to win the conference are now third best at +700. Their Super Bowl odds are now the fifth-best at +1500.

Betting on them now means you believe in them and want to get your money down before the odds shorten and your potential winnings decrease. However, while they have been playing better than expected so far this season, the competition has been soft.

But how will they do against the Packers, Eagles, Vikings, and Patriots? The answer to that will tell you whether you should bet on them to win the conference or Super Bowl. If you think they will beat those teams, then bet on them to win it all. But if you don’t think so or don’t know, then hold onto your money.

As for the division, your money is probably safe on them, but at negative odds, you’re not going to win much while having to risk a lot.

If that is okay, then bet on them to win the NFC East. Otherwise…