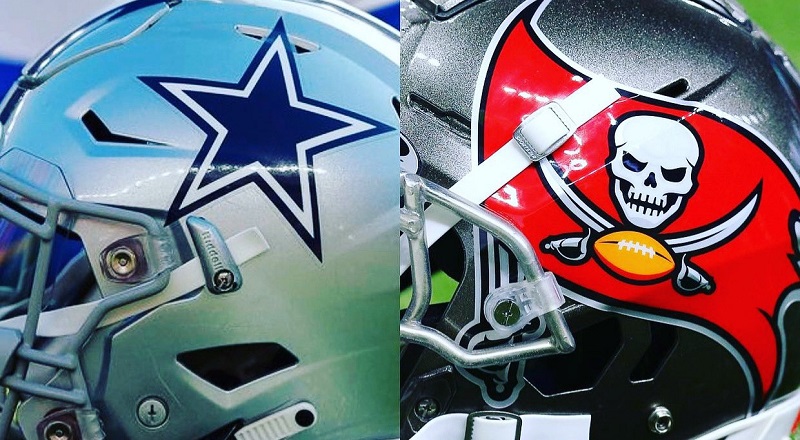 The long NFL offseason is finally set to end and week one starts off with a banger. The reigning Super Bowl champion Tampa Bay Buccaneers welcome the Dallas Cowboys to Raymond James Stadium on Thursday, September 9, 2021. Tom Brady is getting used to playing on the first Thursday of the NFL season, while the Cowboys are still talking about their Super Bowls in the mid-1990’s. This game will air live on NBC at 8:20 p.m. EST.

Last season, the Dallas Cowboys welcomed Mike McCarthy as their new head coach and it did not go well, though injuries were somewhat at fault. Dallas lost QB Dak Prescott to a season ending injury in week five and sputtered to a 6-10 season. The offense was electric the first five weeks of the season, though the defense left some to desire, but after the Dak injury the offense cradled. Dallas won three of their final four games and will look to ride that momentum to winning a weak NFC East in 2021.

Speaking of momentum, the Tampa Bay Buccaneers won the ultimate prize last season as they cruised to a 31-9 victory over the Kansas City Chiefs in the Super Bowl. It was the second Super Bowl for Tampa Bay, and they became the first team to win the Super Bowl in their home stadium. Tom Brady won his seventh Super Bowl ring, now giving him more individual wins than any franchise in the NFL. Tampa Bay returns all 22 starters, a first time that has happened for the defending champion and will be one of the favorites to life the Lombardi Trophy yet again.

Below is the NFL best bet for the Week One action between the Dallas Cowboys and Tampa Bay Buccaneers. All lines are from DraftKings Sportsbook.

Dallas was quiet this offseason but getting QB Dak Prescott back from injury is the addition for this team. Some key signings were Keanu Neal, who apparently is going to play linebacker, defensive tackle Brent Urban, and offensive tackle Ty Nsekhe. QB Andy Dalton, OT Cam Erving, and safety Xavier Woods all left for other teams this offseason, and LB Sean Lee retired after spending all 10 seasons of his career in Dallas.

Tampa Bay had an incredible offseason as they were able to retain every Free Agent from their Super Bowl winning roster. They resigned Shaq Barrett and Lavonte David and slapped the franchise tag on Chris Godwin. This team is going to be stacked once again.

Series History: Dallas has won seven of the last eight meetings between these two teams and leads the all0time series 15-4.

How Can you not take TB +73 at DraftKings? Betting elsewhere? Take Tampa Bay -7 as they have the better defense!