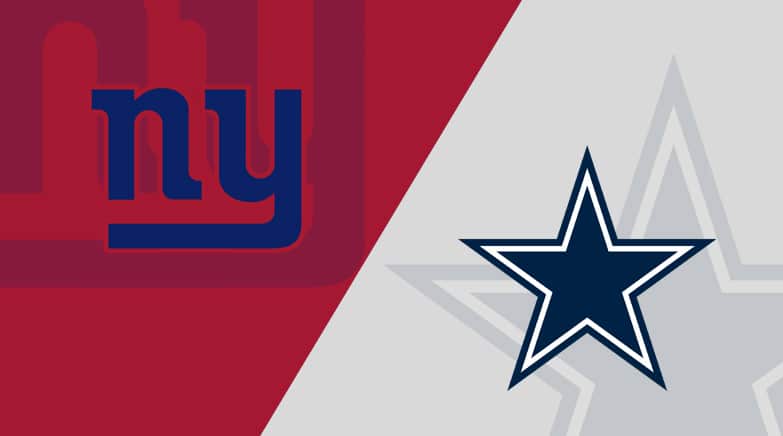 Monday night gives us a classic NFC Easy rivalry game as the 4-3 Dallas Cowboys travel to the Meadowlands to take on the 2-6 New York Giants. The Giants are looking to end their four game losing streak while the Cowboys are looking to get two wins in a row after dropping their previous three games.

Dallas is currently atop the NFC East by half a game over the Philadelphia Eagles, the Cowboys also have the head-to-head advantage, and the Cowboys currently sit as the 4th seed in the NFC. The Cowboys are two games behind, 2nd and 3rd place, the Packers and Saints and are three games behind the undefeated 49ers. New York is in a battle for a top five pick in the 2020 NFL Draft as the Giants currently occupy the 6th spot in the draft having one more win then the New York Jets, Atlanta Falcons and Washington Redskins.

Below is my best bet for the Monday night football action between the Dallas Cowboys and New York Giants. All lines are from FanDuel Sportsbook

The Cowboys are coming off an enjoyable bye week as the Cowboys went into the bye off a 37-10 demolition over division rival Philadelphia. Dallas quickly got to a 14-0 lead and never looked back as the Eagles could not get anything going on either side of the ball. It was a much needed win for the Cowboys as they were coming off three straight losses to the Saints, Packers and Jets. Dallas is 4-3 ATS and the over has hit in four of their seven games in 2019.

New York almost pulled off a great comeback last week, at the Detroit Lions, but the Giants ultimately fell short and left the Motor City with a 31-26 loss. The loss was New York’s 4th straight and the high of QB Daniel Jones has really worn off as the rookie has really struggled the last month or so. New York has lost to Minnesota, New England, Arizona and Detroit during this four game tumble down the standings. New York is 3-5 ATS and the over has hit in four of their eight games this season.

Series History: The Dallas Cowboys lead the all-time series 67-46-2 and have won the last five meetings between the two.

Game Prediction: I don’t trust either of these teams, but I do think a lot of points will be scored, so I am going to back over 48.5 Monday night.