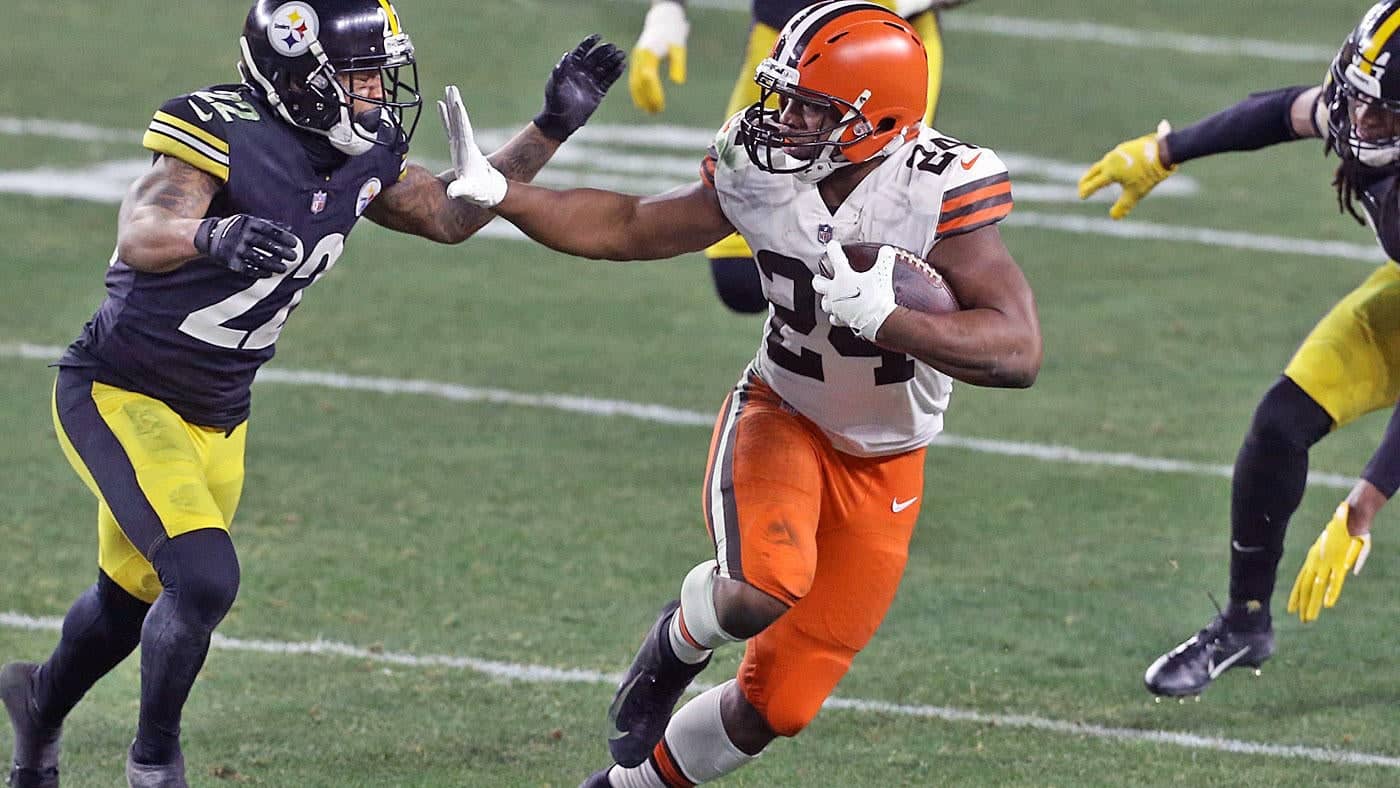 NFL Week 3 kicks off with the Cleveland Browns hosting the Pittsburgh Steelers on Thursday night. This divisional matchup is for at least temporary ownership of first place in the AFC North. Oddsmakers believe that team will be the Browns, as they are set as a 4.5 point favorite.

Both teams are 1-1, but the Browns have been the better-looking team en route to that record. The Steelers stole a game in Cincinnati in Week 1 due to an injured long snapper botching the Bengals chip shot game-winning field goal. They lost in Week 2 at home to the Patriots, who do not have the look of a real contender. The Browns have played inferior opponents. They beat the Panthers in Week 1 and blew a cinch win late against the Jets in Week 2. By any measure, the Browns should legitimately be 2-0.

We will have you covered for player props on all of the prime-time games this season.

Second-year Steelers tight end Pat Freiermuth had a very impressive rookie campaign and has picked up exactly where he left off. Diontae Johnson remains an elite wide receiver and will continue to command top volume in Pittsburgh. That said Freiermuth has been heavily involved and is not far behind Johnson when it comes to targets this year. Freiermuth has also taken a good deal of targets that belonged to running back Najee Harris last season.

With Mitch Trubisky delivering the passes this season, accuracy will always be an issue on some level. Trubisky is a stop-gap at quarterback until the team turns to Kenny Pickett, or someone else in 2023 if they continue to deem Pickett not ready.

Back to Freiermuth himself. He has elevated himself to second in the pecking order in Pittsburgh. His 17 targets through two games are second on the team, five behind Johnson. He has seen more volume than Najee Harris, Chase Claypool, and George Pickens. With Trubisky at the helm, that will continue to be the case. Even with the accuracy issues of Trubisky, Freiermuth has been productive in both games. He has turned those 17 targets to nine catches for 97 yards and a score. He has not seen fewer than seven targets in a game nor had less than four catches.

The above information is crucial knowing that Freiermuth’s reception total is set at just 3.5 for Thursday Night Football. The Browns have played an incredibly weak tight end schedule thus far, but have allowed production anyway. Low-end Ian Thomas turned three targets to two catches and 53 yards. That was followed up by Tyler Conklin turning nine targets to six catches for 40 yards. Freiermuth dwarfs these players in terms of ability and will keep his productive 2022 moving in Week 3.