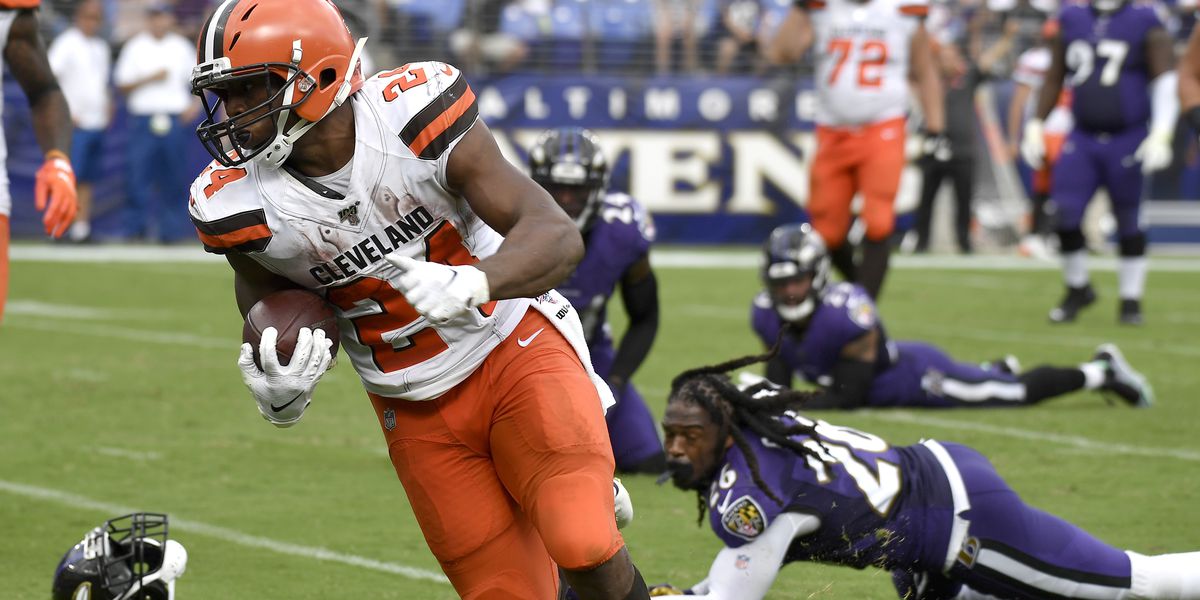 When the 2019 NFL season began, the Cleveland Browns were in unfamiliar territory. People believed in them and thought they could win. Not just win a game or two, either. People were betting on the Browns to win the Super Bowl of all things.

But then the season started, and fans all over the world were forced to come back down to Earth. A bad start to the season (1-2) caused many to lose faith in the Browns. However, following their win over the Ravens in Week Four, is it time to jump back onto the bandwagon?

Are these guys going to win?

Their odds have fluctuated since the season began. But as of the end of Week Four their odds to win (via DraftKings):

Since the season started, much has happened. The team didn’t look as good as expected in really any facet of the game. But if Sunday’s win over the Ravens is any indication, they may have just needed a few games to get things sorted out.

Mayfield started the season off throwing three interceptions and getting sacked five times. Since then he has only thrown one a game and been sacked seven times (once against the Ravens last week). He has more interceptions (six) than touchdowns (four), but that ratio can easily change with one or two strong games.

Against the Ravens, he was an impressive 20-30 for 342 yards and a touchdown along with one interception.

Through three weeks, Nick Chubb had yet to rush for 100 yards in a game and only had one touchdown to his name. His longest carry of the season was just 19 yards, but after Sunday’s 20-carry, 165-yard, three-touchdown romp against the Ravens, he has an 88-ard scamper to his name—and the Ravens defense was supposed to be good.

As for the defense, except for the second half against the Titans, they haven’t been bad at all. They proved that once again by containing Lamar Jackson for most of Sunday’s game.

So—does this mean they are a solid bet to win this season again?

Win the Super Bowl? No. They need to show more consistency on both sides of the ball before the answer to that can be ‘yes.’

Win the conference? Eh—not yet. But more because the Chiefs and Patriots are dominating too much right now.

But win their division? Absolutely. The Steelers may become competitive once Mason Rudolph gets a little more experience, but they will likely be nothing to worry about this year. The Bengals are already out of it. Now the Ravens are playing teams other than the Cardinals and Dolphins they don’t look so amazing anymore.

Go ahead and take the Browns to win the AFC North—but hold off on taking them to win the conference or Super Bowl.