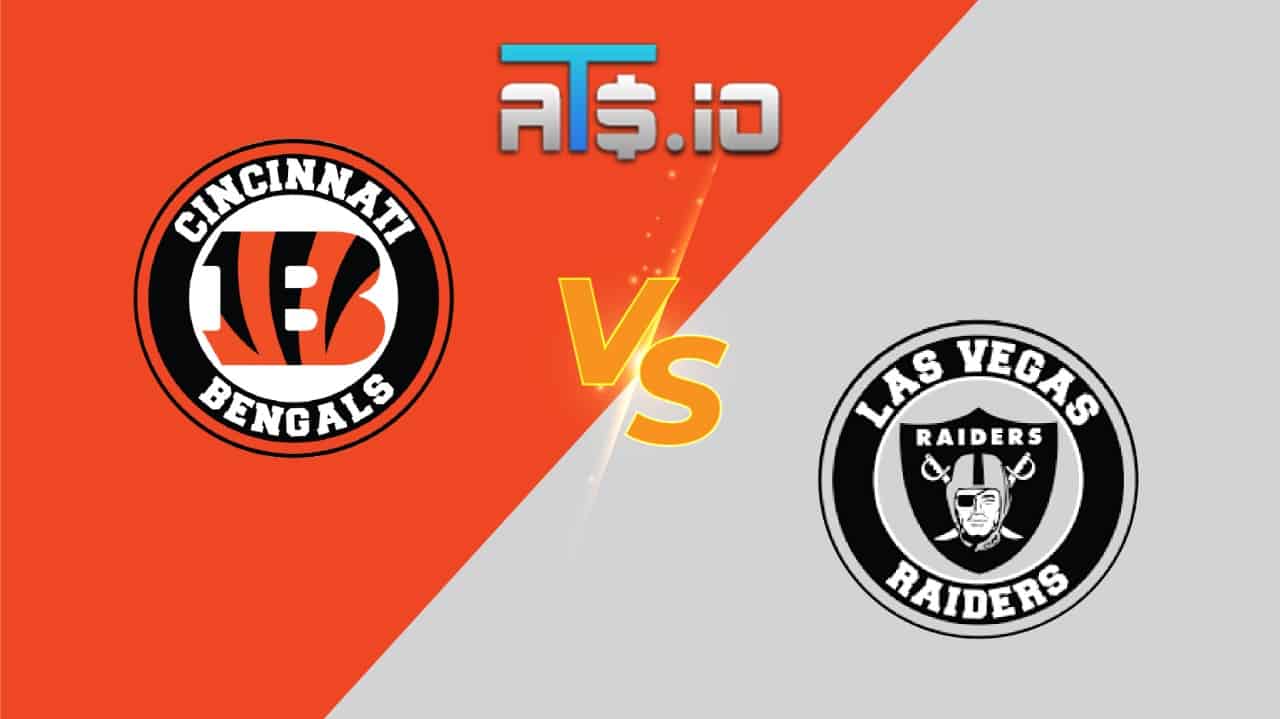 The Cincinnati Bengals and Las Vegas Raiders haven’t been synonymous with playoff contention in recent seasons. But both teams are in the hunt in the AFC this season, and could really help their cause with a win in Week 11 over one another. In this edition of NFL betting picks, we take a look at Bengals vs Raiders from Las Vegas and offer up our best bet for this contest.

New bettors at BetMGM Sportsbook can wager on either team to win this Bengals vs Raiders game, with a $10 bet paying out $200 as long as they score a TD.

BetMGM is offering new bettors the chance to wager a small amount and win big on Bengals vs Raiders. First time bettors on BetMGM can wager $10 on either team to win this matchup on the moneyline. As long as a touchdown is scored by that team, they will pay out $200 in free bets, for a 20/1 cash even if the team a bettor wagers on goes on to lose the game.

✅ The Bengals are 3-2 against the spread on the road this season, with all three of their road wins coming by double digits this season. Coming off of their bye week this week, they are much more likely to come into this game sharp than a Raiders squad that played the rival Chiefs last week on Sunday Night Football.

✅ Over the last two weeks, the Raiders have scored a combined 30 points against the Giants and the Chiefs. They are clearly struggling without Henry Ruggs after he was let go, and additions like DeSean Jackson have not done anything to improve their offense even against a struggling defense like that of Kansas City.

The Cincinnati Bengals are coming off of their bye week, which could not have come at a better time given how they were playing going into it. Cincinnati had lost two straight games going into their bye, dropping games to the Jets and Browns before the break. This week, the Bengals will look to get back on track against the struggling Raiders.

If the Bengals are going to get back into the win column here, it is going to have to be thanks to their offense. The Raiders are struggling defensively, as evidenced by their performance last week against a Chiefs team that had been struggling to put points on the board before they played in Las Vegas. That presents an opportunity for Joe Burrow and the rest of the Cincinnati offense this week.

Las Vegas lost its second straight game last week, getting demolished by the Kansas City Chiefs on Sunday Night Football at home. The Raiders couldn’t stop Patrick Mahomes and the Kansas City offense, despite the fact that the Chiefs had been struggling to move the ball over the last few weeks. This week, the Raiders’ defense faces another tough test against the Bengals.

The Raiders have struggled offensively as well, averaging 15 points per game over the last two weeks. Those lackluster performances have coincided with the loss of Henry Ruggs, who was released after his DUI. Derek Carr and the rest of the Raiders’ offensive weapons will need to band together to step up their collective production regardless of who is on the field in order to pick up a win this week and remain competitive.