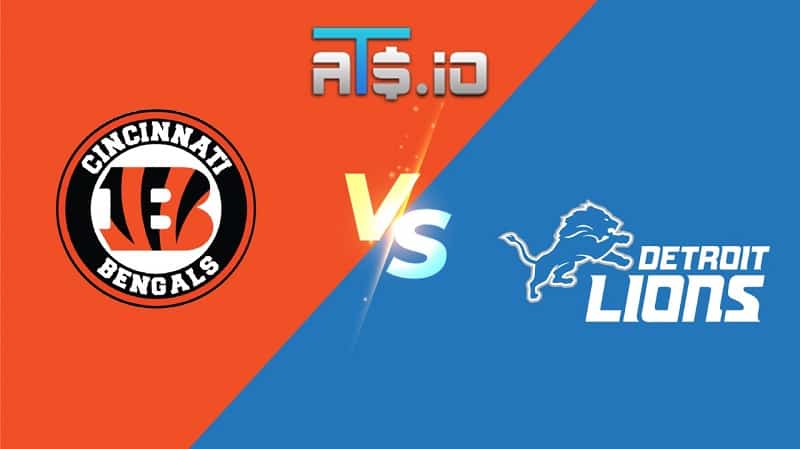 The Cincinnati Bengals and Detroit Lions have been no strangers to the bottom of the barrel in the NFL in recent years. But the Bengals have been trending upward, while the Lions have struggled to do the same. In our NFL picks for Week 6, we look at Bengals vs Lions and decide where the best bet lies for this contest.

At Caesars Sportsbook, new bettors can take advantage of a risk-free bet for new players on Bengals vs Lions. If their first bet at Caesars loses, bettors will get their money back, up to $5,000. Click Here Now

When betting on Bengals vs Lions, new customers at Caesars Sportsbook can take advantage of the site’s risk-free bet offer to give them peace of mind. If their first bet loses at Caesars, bettors will get refunded up to the maximum amount of $5,000. This means bettors can wager up to $5,000 on the point spread or total and win around $4,500 if it wins or get their $5,000 back if it loses.

✅ Detroit is falling apart offensively this season. They lost center Frank Ragnow for the season, who was one of the few Pro Bowl caliber players on their roster. And there has been talk of simplifying the playbook for the struggling Jared Goff, signifying that he simply isn’t getting up to speed with the Lions’ system.

Last week, the Cincinnati Bengals suffered a heartbreaking loss at home against the Green Bay Packers. Cincinnati was within striking distance for the entire game, and had multiple chances to win the game with late field goals, which they missed to keep the door open for Green Bay. This week, the Bengals will look to bounce back against the Lions, as they aim to move to 4-2 straight up on the season.

The connection between Joe Burrow and Ja’Marr Chase continued to thrive last week against the Packers. Burrow found Chase for six catches for 159 yards and a touchdown, as the vertical passing game has continued to improve for the Bengals. This week represents an opportunity to use that vertical passing game against a Lions team that is not well-equipped in the defensive backfield.

Detroit also suffered a heartbreaking defeat last week, with their loss coming against the Minnesota Vikings in a division game. The Lions fell behind and remained behind the Vikings for much of the game, but took the lead thanks to a late comeback. All of that was for naught, though, as the Vikings were able to get a late field goal to avoid being upset against a Lions team that is now 0-5.

For the Lions, their offense has been the problem all season long. After their Week 1 loss to the San Francisco 49ers, the Lions have now gone four straight games without scoring 20 points. And with the Bengals putting points on the board proficiently this season, the Lions are likely to need more than 20 points to win this matchup.