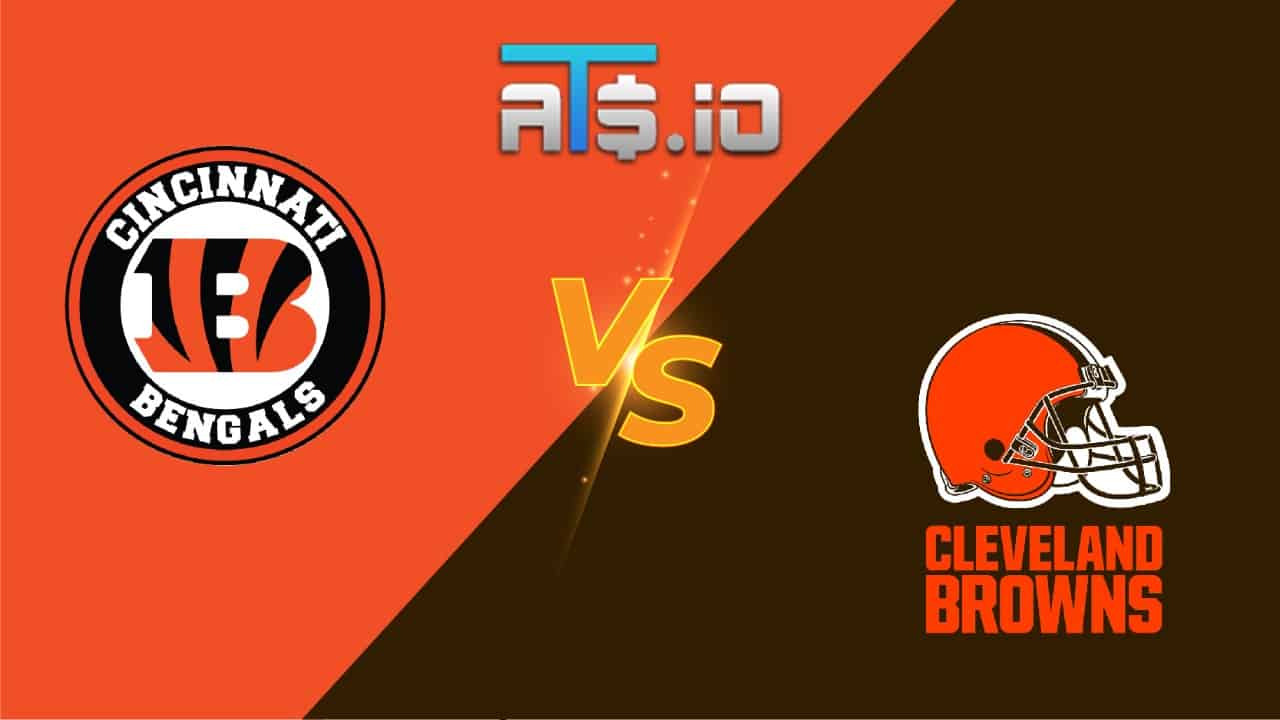 A major rivalry in the AFC North will conclude the regular season for both the Cleveland Browns and Cincinnati Bengals. Both teams will square off in Cleveland, as the Bengals look to improve their seeding for the playoffs while the Browns just look to remain in one piece for next year. In our NFL predictions for this week, we look at the Browns vs Bengals matchup and make our pick for this intriguing game.

New bettors at BetMGM Sportsbook can wager on either team to win this Bengals vs Browns matchup, with a $10 bet paying out $200 as long as they score a TD.

BetMGM is paying out 20/1 odds on this weekend’s Browns vs Bengals game no matter who wins the game. To utilize this offer, bettors can put down $10 on either team to come away with the win. As long as that team scores a single touchdown, bettors will receive $200 in free bets from BetMGM.

✅ There is a vested interest in the Bengals winning this game, as they need to keep winning to maintain their seeding in the AFC playoff race. A slip up in this game and Buffalo could overtake them and send the Bengals to the fourth seed, where they would await a date with a team like the New England Patriots instead of a more beatable foe.

✅ Baker Mayfield has been a disaster for most of this season, but that has been especially true over the last few weeks. Mayfield has simply failed to deliver during a stretch of the season where the Browns could have still salvaged a playoff spot. Now that it is too late, there is no reason to expect much more from him.

The Cincinnati Bengals beat the Kansas City Chiefs at home last week to secure the AFC North title. They did so with their electrifying passing offense, as Joe Burrow and Ja’Marr Chase racked up yards in mass quantities against a Chiefs pass defense that simply was not up for the task. This week, the Bengals will look for similar results against a more stout Browns defense.

This game does have playoff implications for the Bengals, as a win would guarantee that they could finish no worse than third in the AFC heading into the postseason. A loss could drop them into fourth place, which could mean a first-round date with Bill Belichick and the Patriots. And given how great Belichick is at taking away number one receiving targets, that would be very bad news for the Bengals if they were to lose.

The Cleveland Browns’ disappointing season took another turn for the worse last time out, as they lost to the Pittsburgh Steelers on the road. Their offense simply couldn’t do enough to give their defense a chance to win the game, as the Browns allowed Ben Roethlisberger to celebrate his final game at Heinz Field with a win against them. This week, the Browns have nothing to play for but pride as a result of their recent struggles.

Cleveland’s offense should not be as bad as it has been as of late, as the Browns have a solid quarterback and receiving options to go with their incredible running game. But Baker Mayfield hasn’t done enough with his weapons, and that isn’t likely to change on Sunday against a Bengals team that will look to make things even worse for Ohio’s second best NFL team at the moment.