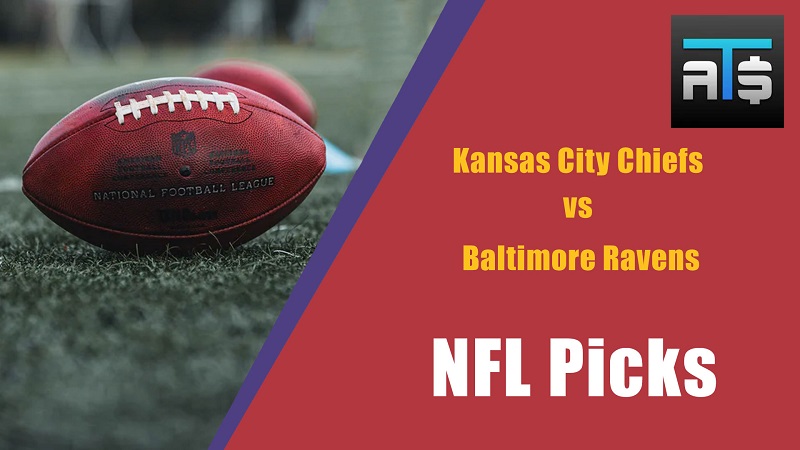 The biggest game on the NFL Week 2 schedule is the Sunday Night Football showdown between the Kansas City Chiefs and Baltimore Ravens. The Ravens enter this game off of a loss in Las Vegas against the Raiders, while the Chiefs were able to come from behind against the Browns. In this round of NFL picks, we break down Chiefs vs Ravens and determine whether Patrick Mahomes or Lamar Jackson will win this battle of former MVPs.

Why bet the Chiefs:

✅ The injury situation for the Baltimore Ravens is just too much for them to overcome right now. They are without several key pieces in their secondary, which will make it easier for Patrick Mahomes to deliver on offense. And without multiple offensive weapons, the Ravens will have to rely too heavily on the passing of Lamar Jackson to perform well here.

✅ Patrick Mahomes should be licking his chops ahead of this matchup with the Baltimore Ravens. On Monday Night Football, the Ravens were torn to ribbons by Derek Carr late in the game. Mahomes should have no problems getting the ball to his litany of skill position players en route to a victory.

✅ Kansas City passed the most important test in Week 1, which was responding to both the adversity of trailing in that game and rebounding from a Super Bowl loss. They did not appear to be a team that was vulnerable to a Super Bowl hangover, even if the start to the game didn’t go the way that they had hoped.

The Kansas City Chiefs came into this season fresh off of a Super Bowl loss to the Tampa Bay Buccaneers. But they responded well to that loss by beating another contender in the Cleveland Browns by a score of 33-29. Kansas City outscored the Browns by a 23-7 margin in the second half of the game to secure the victory, with Patrick Mahomes throwing for the final two touchdowns of the game to pick up the win.

There were some things to improve on for the Chiefs in that Week 1 game despite the victory. The defense got off to a really slow start, allowing the Browns to run the ball on them. And Kansas City had to settle for a couple of field goals along the way. But the Chiefs should continue to play better as they get further from their defeat in last season’s finale.

The Baltimore Ravens were one of the biggest disappointments in Week 1 of the NFL season, losing in overtime to the Las Vegas Raiders. Baltimore took the lead on three different occasions in the game, never trailing until the final score of the game lifted the Raiders over them once and for all. And once again, it was the inconsistent passing of Lamar Jackson that did them in.

Jackson threw for 235 yards and two touchdowns in this game. But he fell flat for most of the second half, and fumbled the ball twice to open the door for the Raiders to come away with the win. The Ravens will not be able to afford such sloppy play on Sunday night if they want to make it past the two-time defending AFC champions.