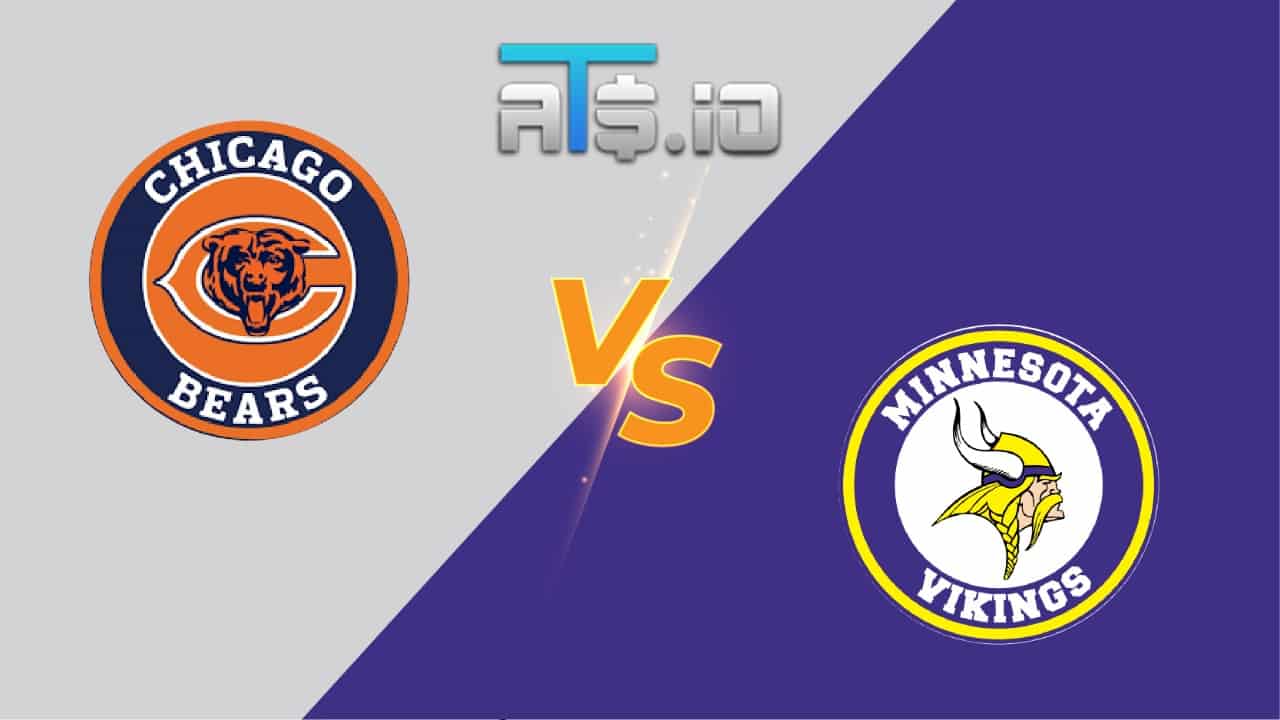 The Chicago Bears and Minnesota Vikings are both out of playoff contention going into Week 18 of the NFL season. But both teams will look to end the year on a high note against one another in Minneapolis in Week 18. In our NFL betting picks for this week, we take a look at Bears vs Vikings in a game that could be significant from a betting perspective even if it isn’t from an on the field perspective.

DraftKings Sportsbook is offering new players the chance to turn $5 into $200 on this Bears vs Vikings matchup. To do so, bettors just need to bet $5 on either team to win this game. If they pick the right team, DraftKings will pay out $200 in free bets, for a 40/1 payout that is way better than the normal moneyline odds for the game.

Why Bet The Bears vs Vikings Under:

✅ We still aren’t 100% sure as to who is going to play quarterback for the Vikings this week. While Kirk Cousins should be back from the COVID list, the Vikings may shut him down to see what they have elsewhere. If that does end up happening, the under at this current number will seem like a real bargain.

✅ Chicago scored 29 points in a win over the Giants last week, but a lot of those points came thanks to sudden change situations on turnovers. Barring anything like that, expect the Bears to look more like the team that has barely averaged 18 points per game this season, which will help the under greatly.

✅ Bears games are now 10-6 to the under this season. And while the Vikings are 10-6 to the over on the year, their potential for a quarterback change makes them an appealing under candidate here in Week 18 in a game that doesn’t mean anything to either team.

The Chicago Bears picked up a win last week, demolishing the New York Giants at home. The Bears put on a defensive master class, taking advantage of the Giants’ quarterback situation and capitalizing on multiple Giants turnovers. The question now is whether or not they can close out the season with a third straight win.

There isn’t any motivation for the Bears to win this game in terms of playoff contention. But Matt Nagy is fighting for his job as the head coach of the Chicago Bears. It may be too little too late for Nagy to keep his job, but the Bears haven’t completely given up on him and that could be significant here.

The Minnesota Vikings were blown out on Sunday Night Football against the Green Bay Packers in Week 17, ending their hopes of making the playoffs. Kirk Cousins wasn’t able to go in that game due to a positive COVID test, and Sean Mannion wasn’t able to get the offense going for Minnesota. Now, Minnesota is left to decide what to do with their coach and quarterback for this game and going forward.