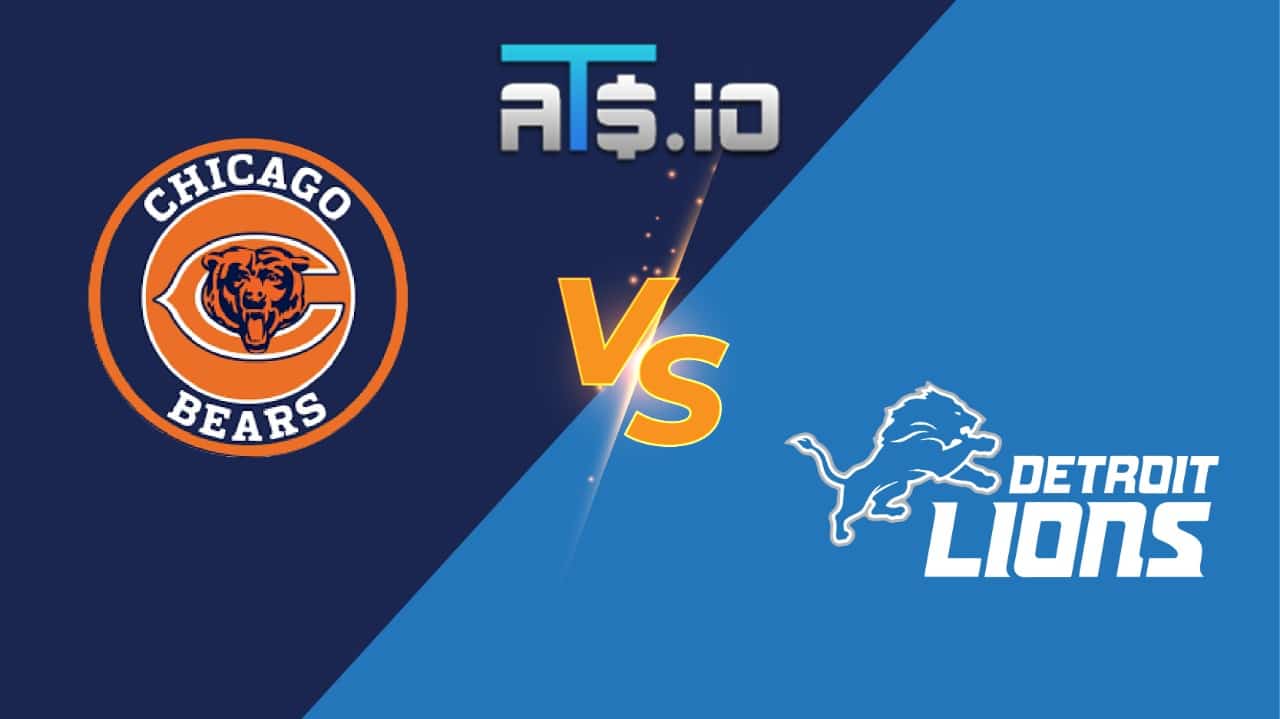 The Detroit Lions will host their annual Thanksgiving game this week, with the Chicago Bears serving as their opponent in this year’s game. Detroit has struggled with this game in the recent past, but they have struggled with games during the rest of the season in recent years as well. In our NFL picks for Thanksgiving, we look at Bears vs Lions and decide what the best bet is for the first game on the 2021 Thanksgiving slate.

New bettors at FanDuel Sportsbook can wager $5 on either team to win this Bears vs Lions game and win $150 if that bet is a winner.

FanDuel Sportsbook is running a new player promo specifically for the Thanksgiving slate that offers 30/1 odds for this Bears vs Lions matchup. All bettors have to do is wager $5 on either team to win this game in Detroit. If that bet wins, FanDuel is paying out $150 in cash, which can be withdrawn at the bettor’s leisure.

Why Bet The Bears vs Lions Under:

✅ These are two of the worst offenses in the NFL, with both being in the bottom-five in the league in yards per play gained on the season. And with this looking like a potential quarterback matchup between Andy Dalton and Tim Boyle, there are not high expectations for these offenses for a reason heading into this matchup.

✅ Justin Fields being injured for this game should help slow down the Bears’ offense in this game. While Andy Dalton is a better pure passer than Fields, he doesn’t have the mobility that Fields does. Given that Dalton is still not a good quarterback by any objective measure, the loss of Fields’ mobility serves as a huge detriment.

✅ Detroit and Chicago have both seen seven of their 10 games this season go under the total. That 70% under rate will increase after this game, while both teams will struggle to break into the 20s in this matchup.

The Chicago Bears have gone ice cold this season, dropping five straight games coming into this matchup with the lowly Lions. Last week, the Bears had a golden chance to break their losing streak, but lost down the stretch against a Baltimore Ravens team that was led by Tyler Huntley in the place of Lamar Jackson. This week, they have another chance to beat a backup quarterback to get back into the win column.

Chicago is averaging just 16.3 points per game this season, which is just 0.3 points per game better than the Lions this year. With Andy Dalton expected to start this game in the place of the injured Justin Fields, Chicago’s offense is expected to take a step forward. But Dalton hasn’t exactly set the world on fire in his own right when given the chance to play this season.

Detroit dropped to 0-9-1 last week, when they lost to the Cleveland Browns in Northeast Ohio. Now, they come into their yearly Thanksgiving game at home, which has not gone well for them over the last few years. The Lions have lost each of their last four Thanksgiving games, including two games against the same Chicago Bears that they face this week.

If Detroit wants to break its Thanksgiving losing streak, they will need to rely on Tim Boyle to deliver the goods for them. That did not go well against Cleveland, as Boyle and the Lions offense made too many mistakes in a 13-10 loss. This week, Detroit will need to play better to avoid what feels like an annual tradition at this point: being booed by their home fans on Thanksgiving day.