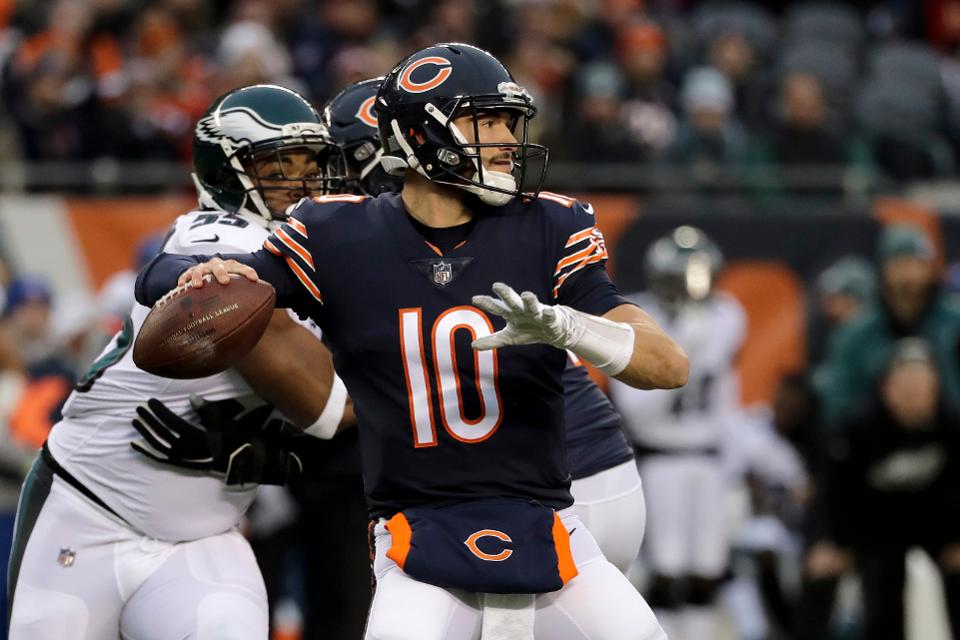 Chicago Bears Futures Are Getting A Ton Of Attention In Vegas—Should You Bet On Them?

The Chicago Bears did have a very good season last year. They were an all-around good team in Matt Nagy’s first season as the head coach, and it showed with 12 wins and a division title. Of course, with success comes expectations. No one will be surprised by them this year.

Will they still be able to win?

It sounds like a lot of people seem to think so. According to a recent ESPN report, the Bears have attracted more bets in Vegas to win the Super Bowl, and Mitchell Trubisky is one of the more popular bets to win NFL MVP.

One oddsmaker at Caesars had this to say about all the wagers on the Bears (via ESPN):

“It’s been kind of overwhelming, the support [for the Bears]. Every time the Bears go to the playoffs, the following year, the money just pours in. Everybody gets optimistic.”

Optimism is nice to have, but is it worth betting on? Is that why the Bears are getting so much attention or is there another reason?

According to the oddsmakers at Caesars, the odds on the Bears are as follows:

Winning a division that also contains the Green Bay Packers and the Minnesota Vikings will not be easy. But the Packers will be dealing with growing pains under a new head coach and the Vikings and Kirk Cousins were simply not that good last year.

So, they may win it again as long as no one gets hurt and Trubisky doesn’t regress.

As for winning the NFC, much like the division, they have a good shot if no one gets hurt. But there will be some stiff competition from the Eagles, Rams, and Saints to name a few. Can they do it? Of course. Should you be confident enough to put money on them? Eh.

But the exciting wagers, the ones getting all the attention, are to win the Super Bowl and for Trubisky to win MVP. So—can they do it?

Can they? Of course, but that is not the reason why they are attracting so many bets. People want to bet on winners, but they also want to win money. That means finding a team with longer odds that has value; it is probably safe to say that most people wouldn’t mind winning nine times their money.

If winning more money was all that mattered, you would go with someone that has longer odds. But the point is to flat out win. Yeah, the payout for betting on the Dolphins would be great, if they won, but they aren’t going to win. However, there is a very good chance the Bears could.

That is why Caesars is fielding so many bets on them—and the same goes for Trubisky. But should you bet on them?

If the Bears end up being good enough to make it to the Super Bowl, then Trubisky will have had an MVP worthy season. If he is playing that well and the defense can pick up where it left off, then there is value in betting on them too in the Super Bowl.

Just don’t bet the house (outhouse, maybe—but not the house).