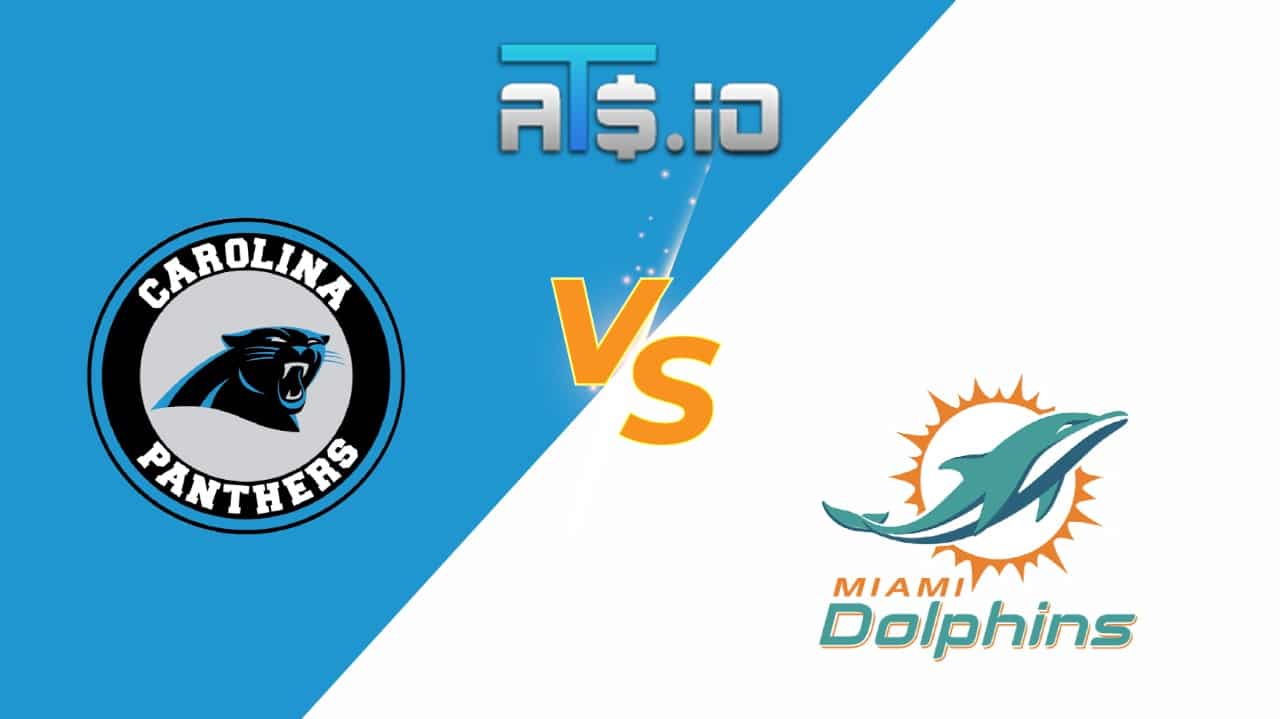 The Carolina Panthers and Miami Dolphins are both sub-.500 teams so far this season, but will have the chance to move closer to a winning record when they face each other in Week 12 of the NFL season. In our NFL Week 12 betting picks, we look at Panthers vs Dolphins, as an interesting quarterback battle is set to break out between Cam Newton and Tua Tagovailoa.

New bettors at BetMGM Sportsbook can wager on either team to win this Panthers vs Dolphins game, with a $10 bet paying out $200 as long as they score a TD.

There is a compelling new player offer available for first-time bettors at BetMGM when they wager on this Panthers vs Dolphins game. Bettors have to wager $10 on either team to win this game and, if that team scores a touchdown, they will receive $200 in free bets. While both teams have solid defenses, both teams should be able to get into the end zone to cash this offer.

✅ Miami has won three straight games, but their offense hasn’t been impressive at all during that stretch. The Dolphins haven’t scored 25 points during their recent win streak, and have taken advantage of playing the Texans, Jets and a Ravens team that has been underperforming. Against a solid Carolina defense, the Dolphins will continue to struggle with the ball.

✅ Carolina is still one of just two teams in the NFL allowing under five yards per play on the season. Combine that with the likelihood of Cam Newton continuing to improve with more time working in the Panthers’ system since being signed, and the Panthers are a team that should improve over the second half of the season, starting here.

✅ Miami is allowing nearly a yard per play more than the Panthers this season, which will be hard to overcome given that both of these teams are in the bottom-five in the NFL in yards per play gained on the year. The defensive discrepancy between these teams will be the difference in this matchup.

The Carolina Panthers lost a very winnable game last week, falling against the Washington Football Team at home by a score of 24-21. Carolina held the lead in that game, but couldn’t keep the Taylor Heinicke-led offense of Washington at bay late in the second half. In need of points late in the game, Cam Newton wasn’t able to generate enough of a passing offense to come back and win the game.

This week, it will be interesting to see how the Panthers’ offense progresses with Newton having an extra week to prepare at quarterback. He is still learning the Carolina system under Joe Brady, which is different than what he was running his first time in Carolina. The longer he is there, the better things should get, but he still might need more time to get up to speed.

Miami won its third straight game last week, beating the New York Jets by a touchdown on the road. It was far from an offensive master class from the Dolphins, but they took advantage of the Jets offense adjusting to being led by Joe Flacco for the first time this season, holding the Jets to just 17 points on the game. Now, the Dolphins will look for a fourth straight win after they had lost seven straight games before that.

If the Dolphins can win this game against the Panthers, their season could get very interesting very quickly. They play the Giants and Jets after this game, followed by a Saints team that is starting a backup quarterback for the rest of the season. If they can win those games, they would have a winning record and immediately be back in the race for the postseason despite a slow start.