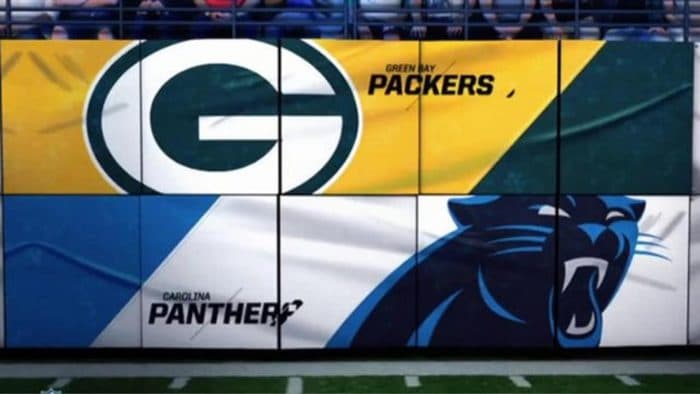 An interesting battle between two NFC contenders will take place Sunday as the 5-3 Carolina Panthers travel to Lambeau Field for a date with the 7-2 Green Bay Packers. Green Bay is currently fighting for the top seed in the NFC while the Panthers are trying to stick in the Wild Card race.

Below is my pick for the Carolina Panthers at the Green Bay Packers. All lines are from William Hill Sportsbook

The Carolina Panthers have now won four of five games after their 30-20 win over the Tennessee Titans last weekend. Christian McCaffrey went wild again to the lead the Panthers to victory and keep Carolina right in the thick of the playoff race. During this run Carolina has home wins over Tennessee, Tampa Bay and Jacksonville and have nice road wins over Arizona and Houston. The lone loss during this span was a 51-13 shellacking from the San Francisco 49ers two weeks back. Carolina is 5-2 against the spread and the over has hit in five of their eight games.

The Green Bay Packers four game winning streak came to an end last week as they traveled to Los Angeles and fell 26-11 to the Chargers. Green Bay was held to under 200 total yards of offense and looked totally lost against Los Angeles. Regardless of the loss the Packers are still a force in the NFL and already have wins over Kansas City, Dallas and Minnesota this season, all of which are current playoff teams. Green Bay is 6-3 against the spread and the over has hit in five of their nine games.

Series History: The Green Bay Packers lead the all-time series 9-6 and are currently on a two game winning streak in the series.

Game Prediction: This line is right in the Vegas zone and makes it tough to pick, but I like the Packers to come alive this week and head into the bye riding high. Back Green Bay -5.5 Sunday.