Home >> NFL Picks & Betting News >> Can DeAndre Hopkins Live Up To His Own Hype In Arizona? Hopkins Betting Props 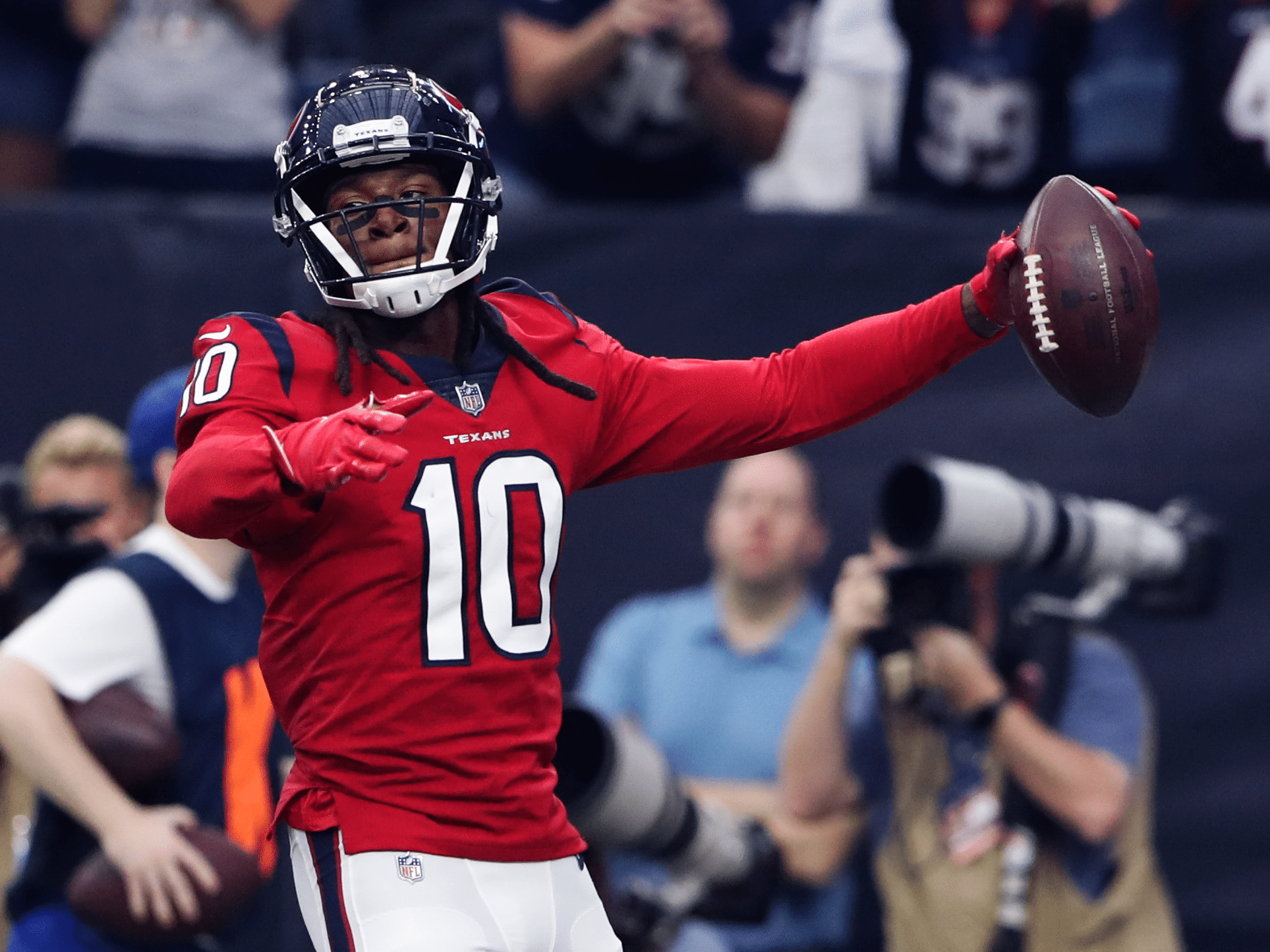 Few, if any, question whether Arizona Cardinals wide receiver DeAndre Hopkins is an exceptional talent.  But is he the best? In a recent interview, recognized Julio Jones and Michael Thomas for their greatness, but didn’t hesitate to say that he is the best wide receiver in the NFL.

Production doesn’t necessarily make someone the best, but it would help him lay claim to the title. However, he will have to blow his performance props out of the water (via PointsBet.com) to do it this season:

Quarterback issues were a problem for most of his career with the Texans (revolving door of subpar QBs) until Deshaun Watson was drafted. But he still surpassed the yardage total last season and did so in four of the previous five.

His situation in Arizona is not going to be too different than it was in Houston. Switching quarterbacks again could be perceived as a problem, but he is switching to another talented young quarterback in Kyler Murray—and Arizona has a more pass-friendly system.

He will be the No. 1 receiver but will be working with a great up-and-coming receiver in Christian Kirk and the legendary Larry Fitzgerald.

Hopkins will not get every pass, but he will be the primary target. If Kenyan Drake can pick up where he left off, the Cardinals could have a good run game in 2020. It will not take away from the passing game but will keep defenses honest—which could open up lanes for Hopkins.

As for whether he is going to be the most productive receiver in the NFL, oddsmakers at Caesars favor Michael Thomas (+350), last year’s champ, to repeat. Julio Jones follows Thomas at +700, and Hopkins is not far behind at +900. Mike Evans (+1200) and Davante Adams (+1400) round out the top five.

Hopkins may get off to a slow start in Arizona. But as long as the run game is decent and Christian Kirk and Larry Fitzgerald don’t explode, Hopkins is going to have a great year. It is not hard to see him gain 1000+ yards and even cover the over.

As for the touchdown mark, only three guys covered that over in the NFL last season. But the year before that nine guys, including Hopkins, did. He could cover the over if he can get up to speed sooner rather than later in Kliff Kingsbury’s system. However, he could just as easily miss this one.